Extending and diversifying a crop rotation to include a small grain presents farmers with the opportunity to also include a forage legume that could possibly reduce the need for synthetic N fertilizer. As part of an on-farm research project that spanned the past two growing seasons, farmer-cooperator Tim Sieren, who farms near Keota in Washington County, grew in rotation corn following cereal rye frost-seeded with red clover and corn following cereal rye alone. Tim also applied a low and high N rate to the corn following rye + red clover and the corn following rye alone. The result of this work is the report entitled, “Nitrogen replacement value of red clover.” 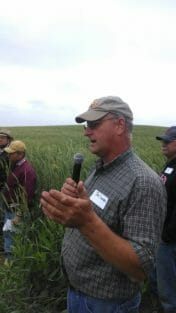 Tim Sieren and his family hosted a field day in June 2014 to discuss this trial. 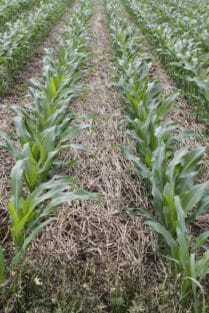 This project is supported by the Walton Family Foundation. For more information on this study, contact Stefan Gailans at stefan@practicalfarmers.org.