Winter canola is a common oilseed crop grown in regions outside the Midwest. Due to its ability to overwinter, it may be a suitable candidate for use as a cover crop in Iowa crop production systems. Graduate student Rafael Martinez-Feria conducted experiments at the ISU Ag Engineering and Agronomy Research Farm near Ames to determine the optimal seeding date for winter canola to be used as a cover crop in Iowa. The full report has just been released on the Practical Farmers website: “Winter Canola Used As A Cover Crop In Iowa.” 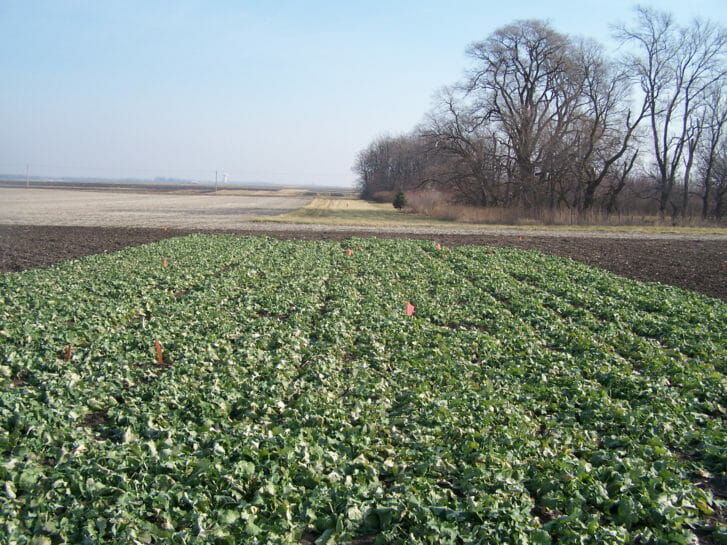 Based on field measurements and historical weather observations from 1972-2011, Rafael estimated that canola planted by Aug. 31 in northern Iowa, by Sept. 4 in western and central Iowa, and by Sept. 12 in southeast Iowa will likely have sufficient time to establish and grow enough to maximize cover crop benefits and winter survival during at least half of the years in Iowa (see figure below). Therefore, seeding beyond these dates is not recommended. Nonetheless, early seeding may not completely eliminate the risk of winterkill if winter conditions are too extreme, as was the case in the 2013-2014 Cycle. 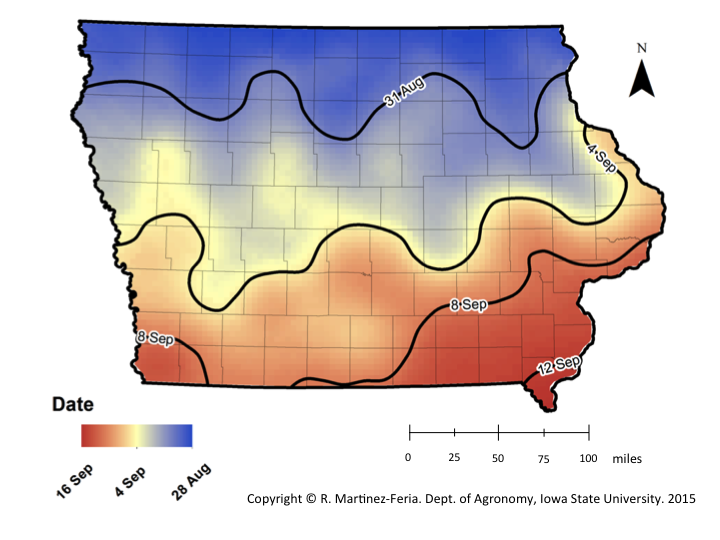 The latest recommended seeding dates for winter canola as a cover crop in Iowa.

The full report can be accessed here.