Peppers are familiar to consumers, continuously productive, and can wait patiently on the plant for harvest. Like all crops, proper soil condition, grower management, and weather impact pepper yield. Variety also plays a key role, and varietal performance varies with geography. In this trial, a group of farmers chose two varieties (Revolution and Olympus) to compare during 2015. Revolution and Olympus were selected because of positive farmer experience, the varietal similarities, and the availability of organic and untreated seed. 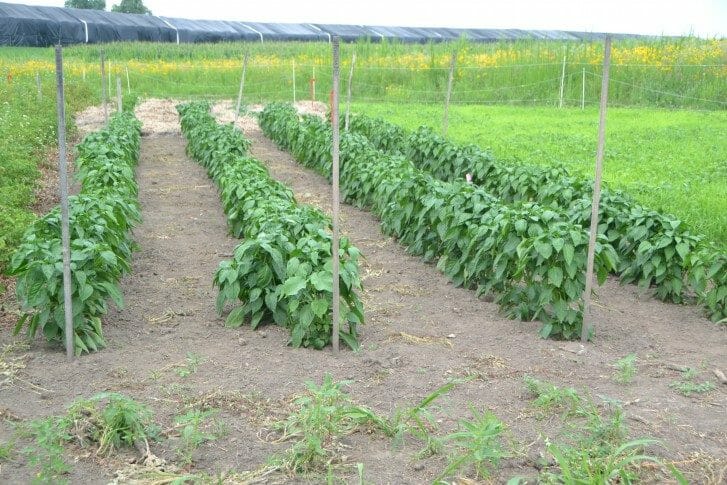 Key Findings
• Pepper yield was significantly different by farm, but treatment (variety) also had a significant effect on yield. Revolution yield was significantly higher than Olympus when all farms were analyzed together.
• Revolution produced more pounds and number of peppers per ft2 and per plant than Olympus at three of five farms. The remaining two farms saw no difference in yield between the varieties.
• Average plant yield of green bell peppers across all farms was 4.3 lb/plant for Revolution and 4.03 lb/plant for Olympus.
• Plant spacing was different by farm, but end-of-season yield for green bell peppers ranged from 1.82 – 2.66 lb/ft2. 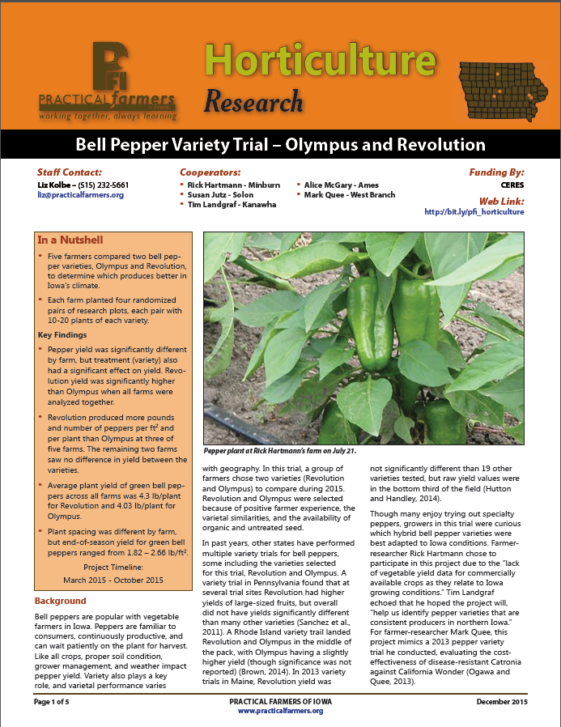