The best way to start bell pepper seedlings is an annual debate between ZJ Farm and another nearby vegetable farm. ZJ prefers to use free-standing soil blocks, the other farmer, Laura Krouse at Abbe Hills Farm, contends that plastic plug trays work just as well. According to Carmen Black, plant seedlings started in soil blocks are less prone to being root-bound than starts in plug trays. This side-by-side field demonstration was conducted to determine if the starting method for bell pepper seedlings, soil blocks or plug trays, impacts pepper yield during the growing season.

Data were collected from 72 plants in each treatment; peppers were harvested at green and red stages.

Though statistical analysis was not possible, pepper plants started in soil blocks had higher yield and number of green and red peppers per plant and fewer cull fruit. For the numbers, check out the full report, linked below! 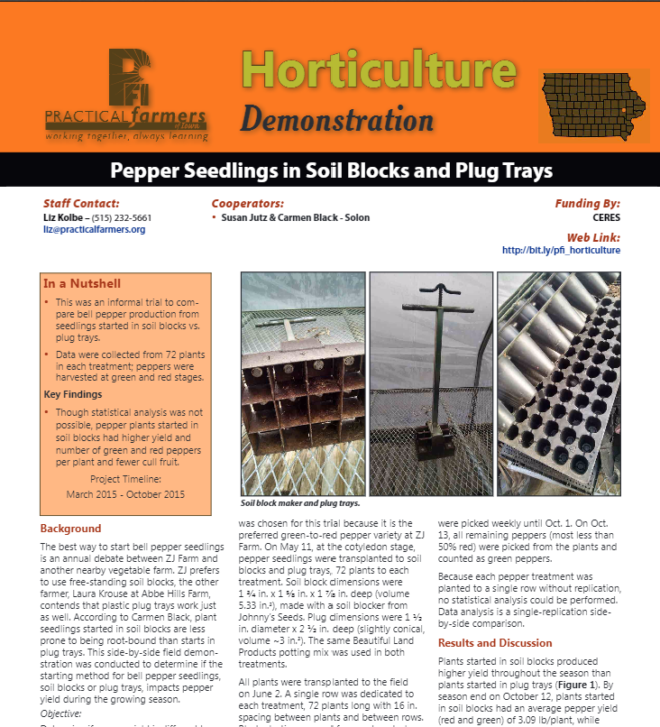