If biodiversity is the goal…

When selecting any new practice, farmers must answer the question: Why am I doing this? What goal will this new practice help me achieve? For cover crops, the list of answers to the question is long:

So what do you want a cover crop to do? What’s most important on your farm? Cereal rye can accomplish the first two items on that list in a two-year, corn-soybean system. However, if that last item on the list – increasing biodiversity – is the goal, it is amazing what you can accomplish by adding a small grains crop to your rotation. 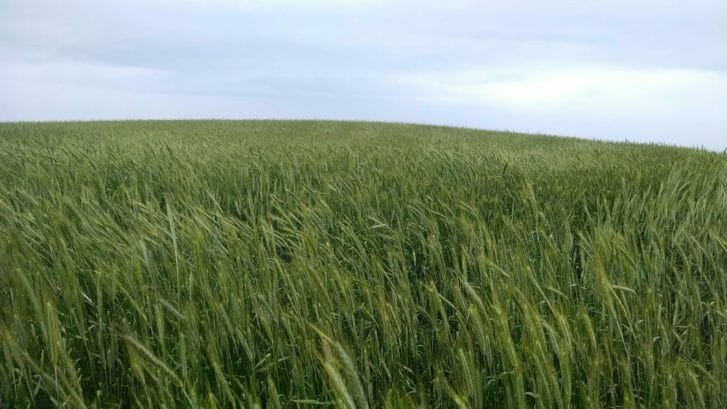 Cereal rye crop at Tim Sieren’s farm near Keota in June about one month prior to being harvested and opening the window to a myriad of cover cropping possibilities.

Because small grains – like oats, wheat and cereal rye – are harvested in July, a large portion of the growing season remains, presenting the opportunity for numerous species to grow and excel before the onset of winter. Through the years, agronomic research has shown that more complex/diverse agricultural systems provide many benefits to the soil:

These benefits to the soil bring with them benefits to crop productivity. All other things held equal, soils with these characteristics will simply grow healthier, higher-yielding crops. What’s more, much of this was understood long ago! Check out this bulletin issued by the USDA in 1935: Summer Cover Crops for Green Manure and Soil Improvement.

In recent years, several PFI farmers have realized the opportunity for increasing biodiversity (and improving the soil) a small grain crop affords them.

Mark and Melanie Peterson, who farm near Stanton in Montgomery County, held field days in 2014 and 2015 to showcase the cover crop mixes they seeded following cereal rye harvest in July. By October, this diverse mix can produce quite the amount of biomass aboveground (for cattle to graze) and below ground (for the “livestock” in the soil beneath our feet). Mark also recently presented in a PFI farminar on this topic. 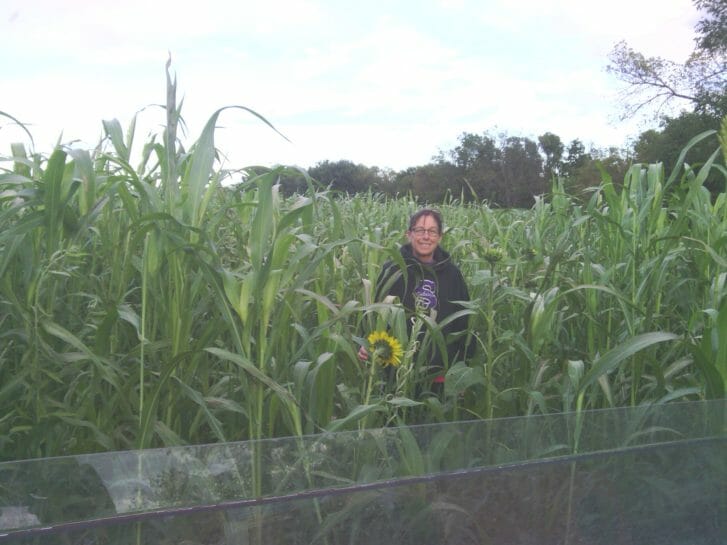 Bill Frederick, who farms with his Mom and Dad (Ann and Al) and wife (Melissa) near Jefferson in Green County, also appreciates the opportunity for increased biodiversity and forage production oat, wheat and cereal rye crops presents him. At the family’s field day in August 2015, Bill explained to the group that seeding a mix of species after small grain harvest in the summer allows them to expand the number of cattle grazing acres in their operation without actually expanding the total number of acres they farm. Bill further shares what he appreciates most about this system: “We have a chance to increase our biodiversity, build our soils, and help preserve our waters, all while making a profit (with grazing) in the process.” 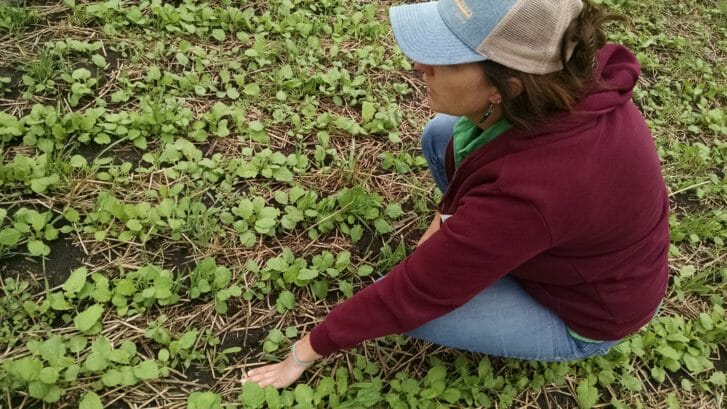 PFI staffer Meghan Filbert examines the cover crop mix at the field day at the Frederick farm on Aug. 20, 2015. The mix was seeded two weeks earlier and includes turnips, forage kale, oats and soybeans. This mix was grazed by cattle later in the fall and winter.

Paul and Nancy Ackley farm near Bedford in Taylor County. They’ve been growing winter wheat for years in their integrated farming system. At their field day in September 2015, we got to see the diverse cover crop mix they seeded following wheat harvest earlier that July. What permeated all the discussions that day was Paul and Nancy’s love of the soil. They know that biodiversity is key to caring for the soil. 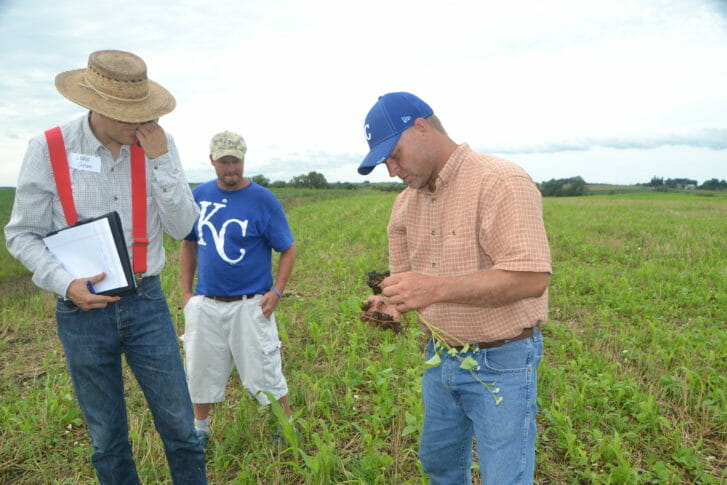 Soil health specialist, Doug Peterson, took a spade to the mix Paul seeded. This mix included turnips, sorghum sudangrass, soybeans, forage collards and other species.  A diverse plethora of species will also result in many different rooting structures beneath the soil surface.

Both Dick Sloan, of Rowley in Buchanan County, and Tim Sieren, of Keota in Washington County, have been exploring cover crop mixes following small grains in PFI’s Cooperators’ Program the past few years. These kinds of mixes are traditionally known as “green manures” for their ability to provide fertility for the succeeding crop (as noted in the USDA bulletin linked above). Dick’s recent trials were profiled in the research report: Corn Following Green Manure Cover Crops Established with Small Grain. He compared a mix of summer-seeded legumes with sole crop, frost-seeded red clover. In Dick’s case, the red clover appeared superior in terms of biomass production, ensuing corn yields and financial returns. The mix wasn’t too far behind, though.

This year, Tim Sieren is involved in a project that compares two different mixes he seeded after cereal rye seed harvest in Summer 2015. Tim is comparing a mix of cereal rye-hairy vetch-Austrian winter peas with a mix of cereal rye-forage rapeseed-oilseed radish. You can see photos of the two mixes below from November 2015 just before Tim let his cattle out to graze them. This year, Tim is growing corn after these mixes to see if he can reduce the amount of necessary N fertilizer.

Are you interested in increasing the amount of biodiversity on your farm? Consider a small grain crop in your rotation! Small grains, large gains…