We’ve heard a lot of interest in recent years about trying to establish cover crops earlier in the year than late summer or early fall. A technique that has garnered much attention is that of interseeding cover crops into corn at the V3-V6 stage when the corn is approximately four to 12 inches tall. PFI members John Gilbert and Jack Boyer have been featured in previous blog posts exploring this topic and Ron Rosmann conducted an on-farm research trial in 2009: Establishing Red Clover, Hairy Vetch and Turnips at Last Cultivation of Corn. One of the major benefits to seeding cover crops at this time of year (June) is that seeding can often be accomplished with equipment farmers already own (broadcast seeders, fertilizer spreaders, etc.).

Given the interest from PFI members, we featured two presentations on this topic at the annual conference in Ames last month. Bryce Irlbeck, who farms near Manning in west-central Iowa, and Dr. M. Scott Wells of the University of Minnesota shared with the group their experiences and the cover crop species they’re investigating. 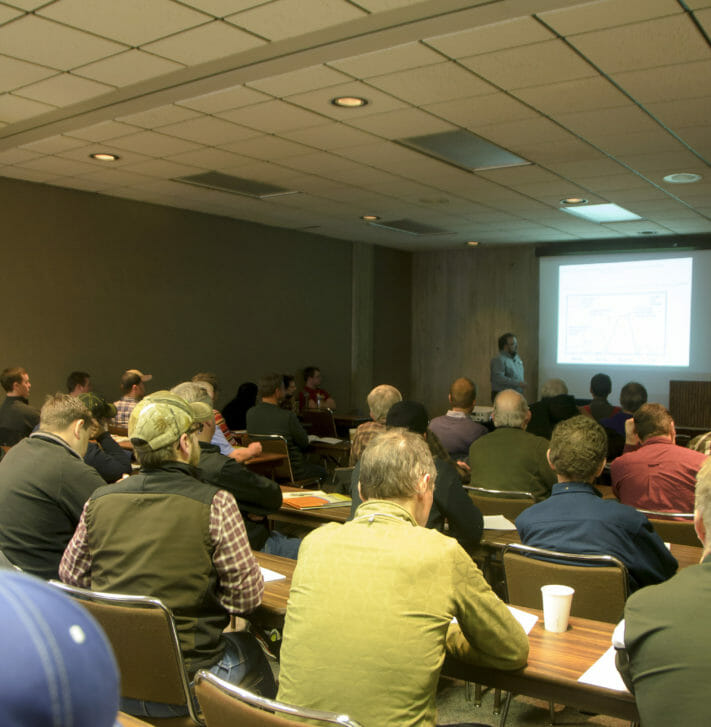 Below, you can find the photos/slides shared by these presenters.

Bryce Irlbeck showcased the modified equipment he used and the species he tried in 2015. Of the numerous species he tried, African cabbage and annual ryegrass showed the most promise in terms of surviving below the corn canopy and flourishing after corn harvest.

Dr. M. Scott Wells has been looking for ways that farmers can give cover crops a head start to the north of us in Minnesota. His primary interest is in seeking cover crop solutions to improving water quality. Dr. Wells submits that if a cover crop can be established earlier than in late summer, that cover crop can put on more growth and exhibit more of its ability to retain soil nutrients during the periods of the year commodity crops are not growing (fall-spring). Hairy vetch, red clover and cereal rye all showed promise in Dr. Wells’ experiments. He also showed that the interseeded cover crops had no effect on corn yields.

*** NOTE: Presentations from other sessions at the 2016 annual conference are available on our website! Check them out here: https://www.practicalfarmers.org/farmer-knowledge/annual-conference-multimedia/ ***