At the Practical Farmers of Iowa annual conference last month, we held a session on terminating cover crops with rolling equipment. This session featured three farmers (Doug Alert, Dave Schmidt & Francis Thicke) sharing their experiences with rolling a cover crop from the 2015 growing season. Rolling a cover crop is not a common technique for terminating cover crops in Iowa. Elsewhere, however, this technique is used in organic systems looking to minimize tillage and soil disturbance and in no-till field crops systems looking to reduce chemical inputs. 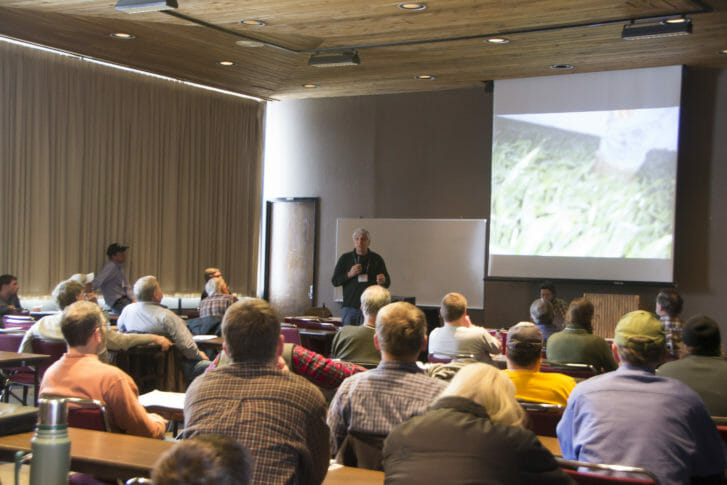 Francis Thicke presents at the 2016 annual conference about rolling a cereal rye cover crop ahead of a soybean crop.

Below, you can find the photos/slides shared by these three farmers as well as other materials previously shared on this subject.

*** NOTE: Presentations from other sessions at the 2016 annual conference are now up on our website! Check them out here: https://www.practicalfarmers.org/farmer-knowledge/annual-conference-multimedia/ ***