Cover crops are springing in March!

PFI farmers are looking towards Spring! Below are photos and observations (and a video!) Nathan Anderson began sending to me earlier this week as the cover crops on his farm sprung into action with the unseasonably warm temperatures. Nathan, and his wife Sarah, run Bobolink Prairie Farm near Aurelia in Cherokee County in NW Iowa. Together they raise corn, soybeans, small grains and cattle. 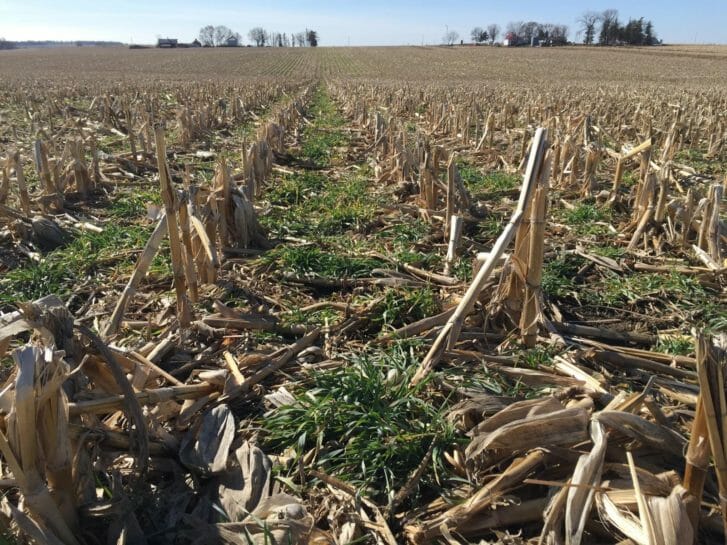 It all started last fall… 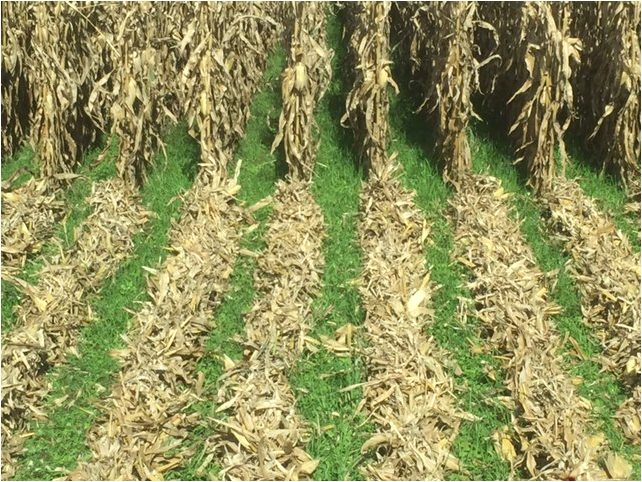 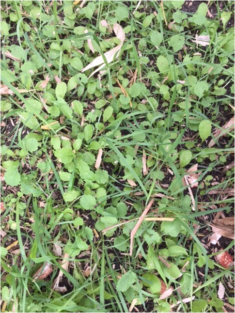 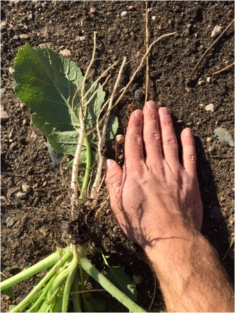 Nathan was impressed by the rooting depth of the the mustard in the cover crop mix. By late October, the mustard had already put roots 8-10 inches deep. Good for holding the soil and improving structure!

Nathan was also impressed by the roots of the cereal rye that survived the winter and began growing again this spring. Check out this video he recorded while digging up some cereal rye roots on March 8. “The soil structure is pretty awesome for crop land,” Nathan told me. “Still subangular blocky structure but starting to crumb nicely.”

The two photos below showcase both the impressive amount of above- and below-ground growth achieved by the cereal rye by early March after being seeded last September.

Grazing already this early in March in NW Iowa?

That’s right, cattle are already grazing this spring at Bobolink Prairie Farm! “Cows seem to think the covers are great–all their heads are down eating,” Nathan proudly shared. 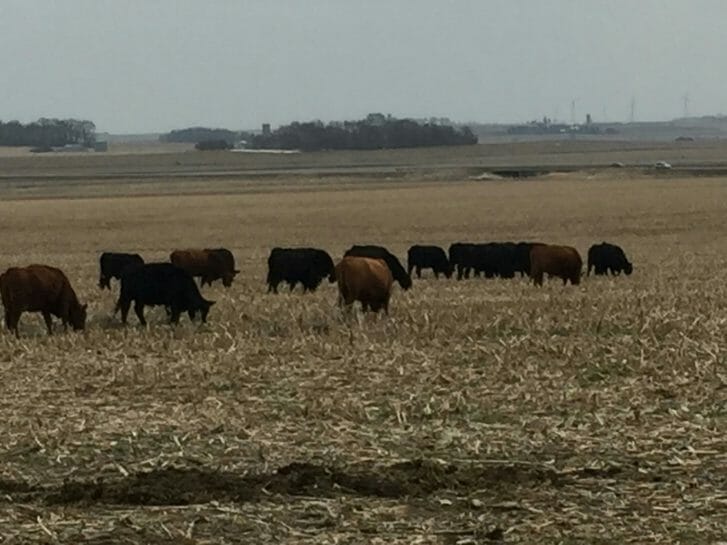 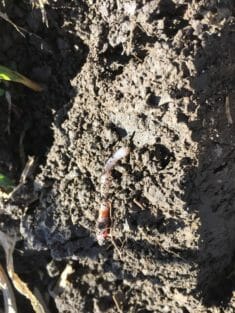 The below-ground livestock in the soil appear to appreciate the cereal rye cover crop as well. “I guess the frost is gone if the earthworms are back in the top foot!” Nathan exclaimed.

Nathan and Sarah invite you to view more photos from Bobolink Prairie Farm on their Facebook page:

For more information on cover crops and cover crops research, check out https://www.practicalfarmers.org/member-priorities/cover-crops/