Last June, soil samples were collected from seven PFI farms across the state to assess the effect of cover crops on soil health using the Haney Test. These farms have been involved in a long-term cover crop research trial that has been a joint effort between Iowa Learning Farms and Practical Farmers of Iowa since the fall of 2008. While the effect of a cereal rye cover crop on the yields of corn and soybeans has become clearer, the effect on soils is a bit muddier. 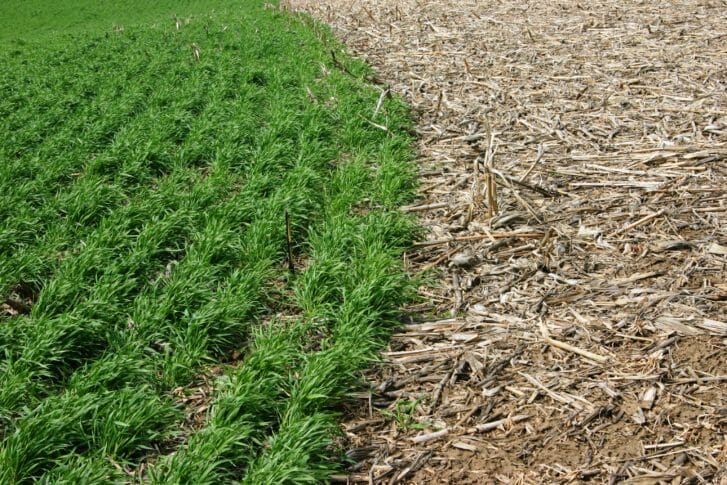 Soil samples were collected from “cover” and “no-cover” strips on each farm in mid-June 2015. Across the farms, 47 total samples were collected and then sent to Ward Laboratories (Kearney, NE) for Haney Test analysis. The Haney Test is a novel soil test that assesses soil microbial activity and overall soil health. The farmers and locations involved in this soil testing effort included:

While there tended to be differences among the locations, there were generally no differences in soil health variables between the cover and no-cover treatments at the locations. The Solvita burst is used in the Haney Test to measure soil microbial respiration. This can be considered a proxy for soil microbial activity. Though, soil microbial activity tended to be greater with the cover crop at six sites (Plainfield, Jefferson, Kalona, West Chester, Holstein, New Market), this was not statistically significant as determined by a t-test (Figure 1). 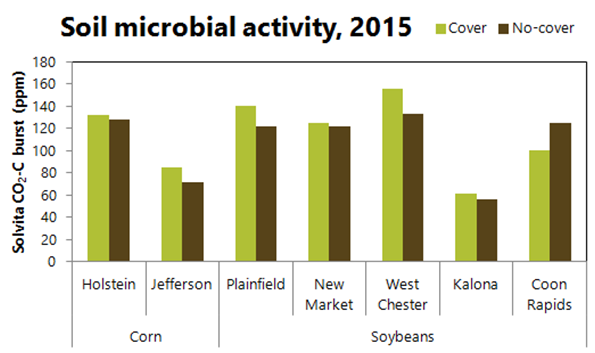 Figure 1. Soil microbial activity (as measured by the Solvita burst test) at the cooperating farms in 2015.

Across the seven locations, the mean Soil Health Score determined by the Haney Test did not differ between the cover and no-cover crop treatments (14.3 vs. 13.9, respectively). The soil health score considers soil microbial activity as well as soil C and N concentrations (the higher the score, the better). As there were generally no differences in soil C and N concentrations or C:N ratios due to the cover crop, the Soil Health Score was unaffected (Figure 2). 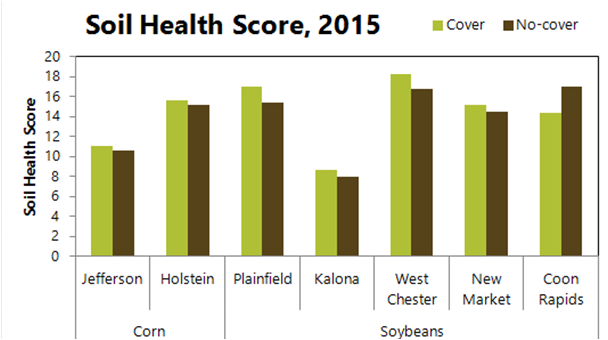 Figure 2. Soil health scores (as determined by the Haney Test) at the cooperating farms in 2015.

At three participating farms in this study (Plainfield, Coon Rapids, Jefferson), soil physical properties were assessed at the onset of the study in 2009 and five years later in 2013. There was virtually no change in steady-state infiltration, steady-state runoff, bulk density, total carbon, and total nitrogen over that period at the farms regardless of the presence or absence of the cover crop. The lack of any change to soil properties by the cover crop was credited to the fact that any changes to such soil properties generally takes more than five years. Dr. Tom Kaspar, at USDA-ARS/Iowa State, and colleagues have detected changes to soil properties due to cover crops occurring after eight years.

Either a cereal rye cover crop in corn-soybean systems does not influence soil health factors or not enough time (5-6 years) has elapsed for any improvements in soil health to take place at these locations due to the cover crop. Do NOT let this dissuade you from using cover crops! Farmers and researchers have shown for years that a cover crop can reduce soil erosion and prevent nutrients from leaching into surface waters. Most PFI farmers will tell you these are big problems and cover crops can help. Plus…

This project has been made possible by funds provided by the State Soil Conservation Committee, the Iowa Department of Agriculture and Land Stewardship, and the Leopold Center for Sustainable Agriculture.