An update to our “flagship” cover crop research trial is now available: “Winter Cereal Rye Cover Crop Effect on Cash Crop Yield: Year 7.” This is a long-term project being conducted by Iowa Learning Farms and Practical Farmers of Iowa. Between 2009 and 2015, 12 cooperators have contributed to 53 site-years of on-farm research as part of this project.

In summary, farmers reported that in 49 of 53 site-years, properly managed cover crops had little to no negative effect on corn and soybean yield (and actually increased soybean yield in 7 site-years). 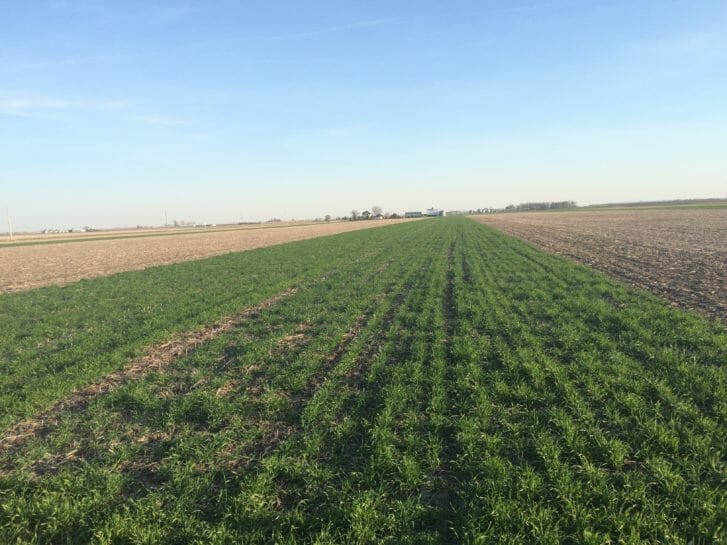 A cover crop strip at Rob Stout’s farm with “no-cover” strips on either side.

How the study was conducted

This long-term study employs a “paired strips” design; Cooperators establish and maintain replicated strips the length of their field for the duration of the study in corn-soybean rotations. Each replication has one strip with cover crops and one without cover crops. The table below shows how the seven cooperators managed cover crops and cash crops during the 2015 growing season. 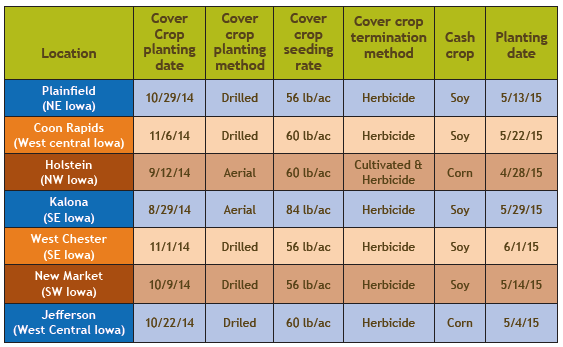 At all but one location the past two years, corn yields were near or above 200 bu/ac regardless of the cover crop. 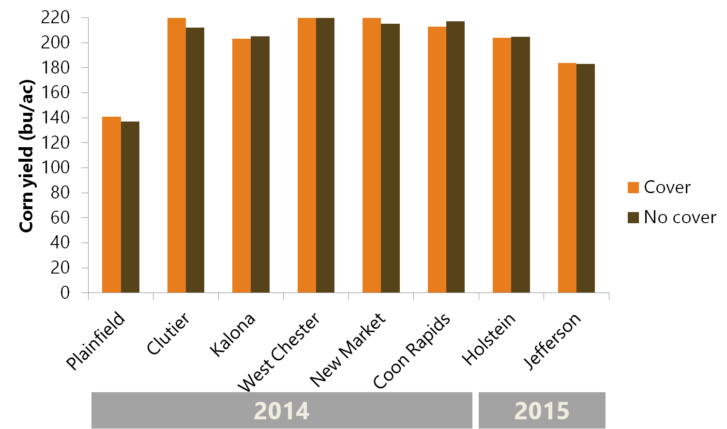 In 2015, the cover crop increased soybean yield at three locations. 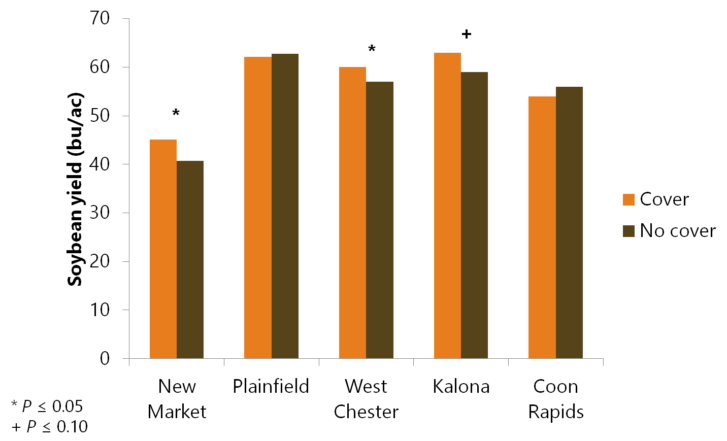 Soybean yields in 2015 as affected by the cover crop.

An earlier post to this blog described soil health findings from this long-term research project. While there tended to be differences among the locations, there were generally no differences in soil health variables between the cover and no-cover treatments at the locations. You can read more about that here: Does a cereal rye cover crop affect soil health?

The project was made possible by funds provided by the State Soil Conservation Committee, the Iowa Department of Agriculture and Land Stewardship, NCR-SARE, the Walton Family Foundation and the Iowa Learning Farms.