Field Day Recap: Working Together to Keep Children on the Farm

On June 30, the Petersens hosted a field day near Knoxville to share how they have worked together to build a diverse crop and livestock operation that allows multiple family members to continue working on the farm. 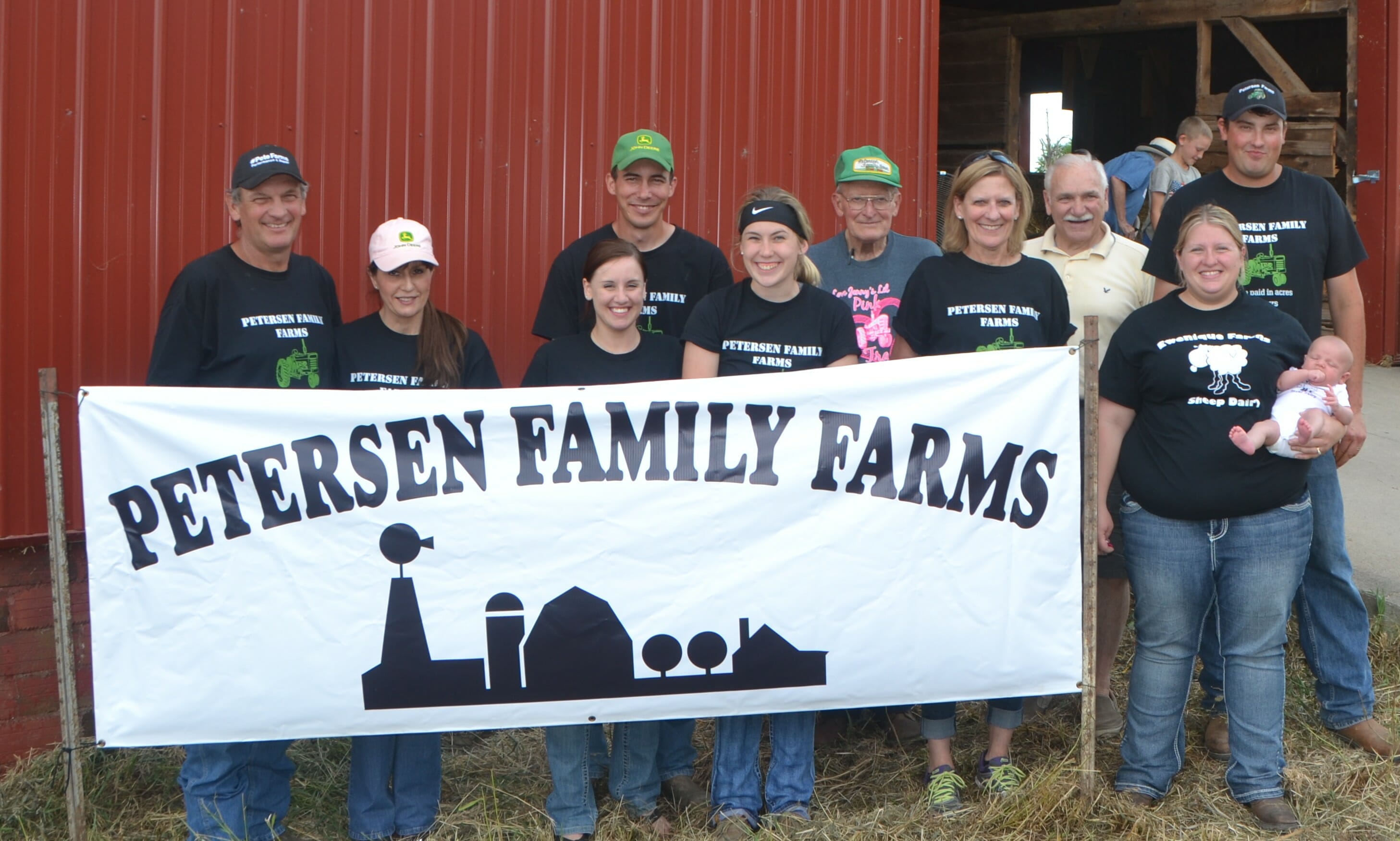 Petersen Family Farms is made up of multiple generations that accommodate several enterprises. 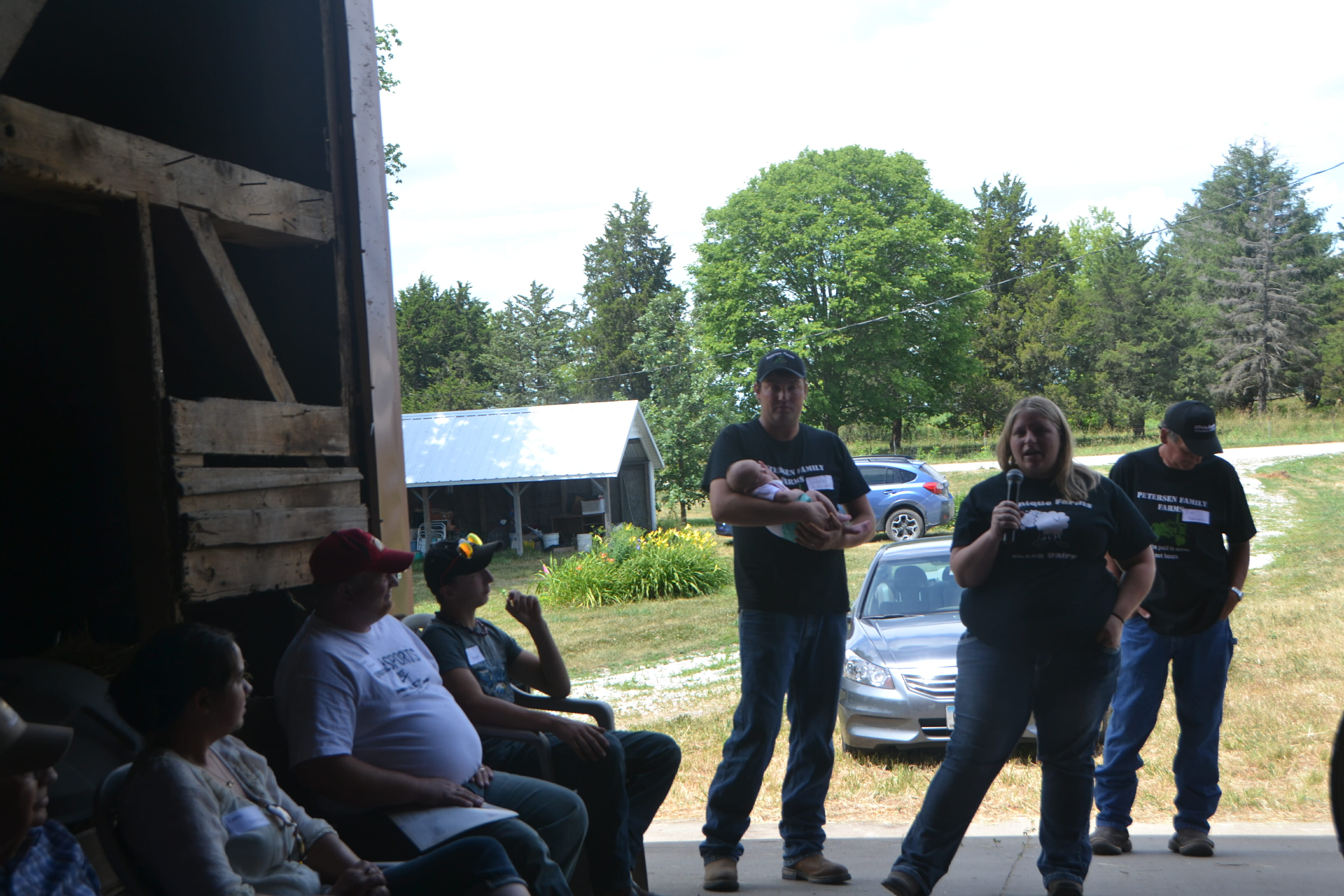 Jacob and Lauren Petersen run Ewenique Farms; the only sole-sheep dairy in the state! Their sheep’s milk is sent to fellow PFI member Lois Reichert’s dairy to be made into cheese. Be on the lookout as they eventually wish to release ice cream made from the sheep milk.

Read more about Jacob and Lauren Petersen’s “Ewenique Dairy” on pages 12-13 in the Winter 2016 edition of the Practical Farmer. 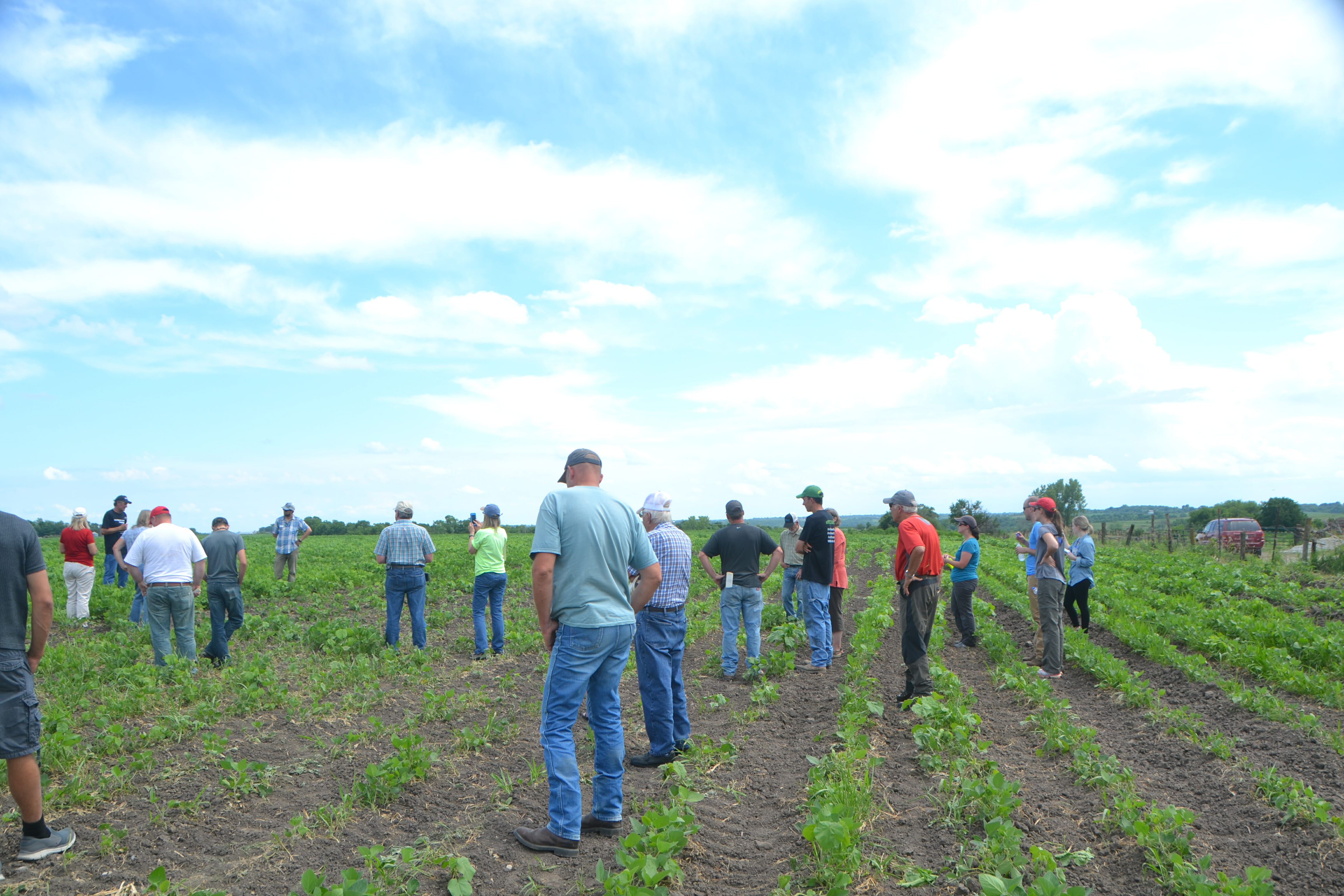 In the endrows of organic soybeans. Jim began transitioning this farm to organic in 2012. The Petersens drill a cereal rye cover crop after corn harvest in their rotation. Then they plow in the rye cover ahead of their soybeans but not before the cattle get to graze the cover in the spring! 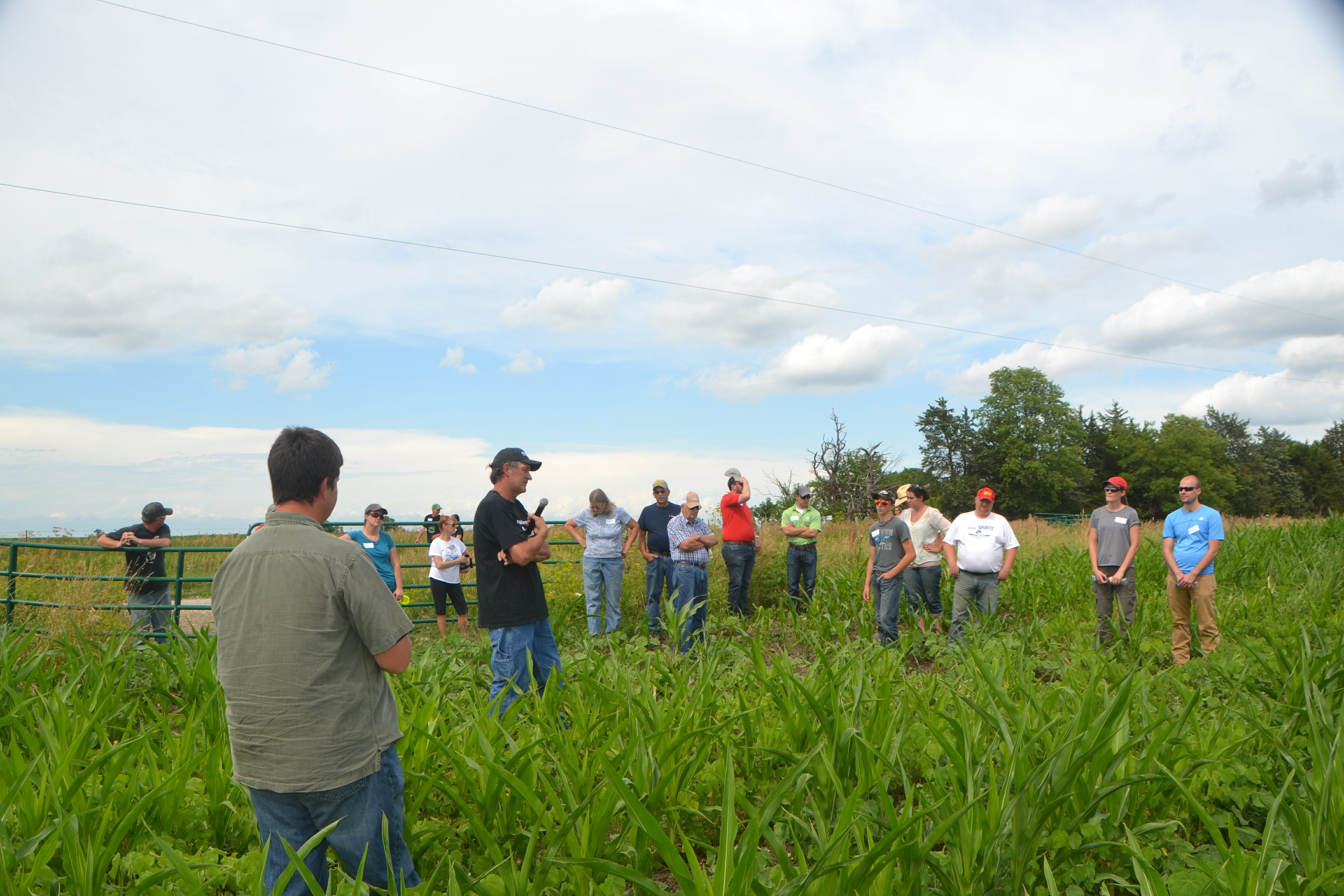 Corn follows oats+alfalfa in the Petersen’s organic crop rotation. The oats are sold to Grain Millers in St. Ansgar and the alfalfa is made into hay for their cattle herd. Sometimes instead of seeding alfalfa with the oats they will seed a hairy vetch, peas and crimson clover green manure/cattle grazing mix after oat harvest. 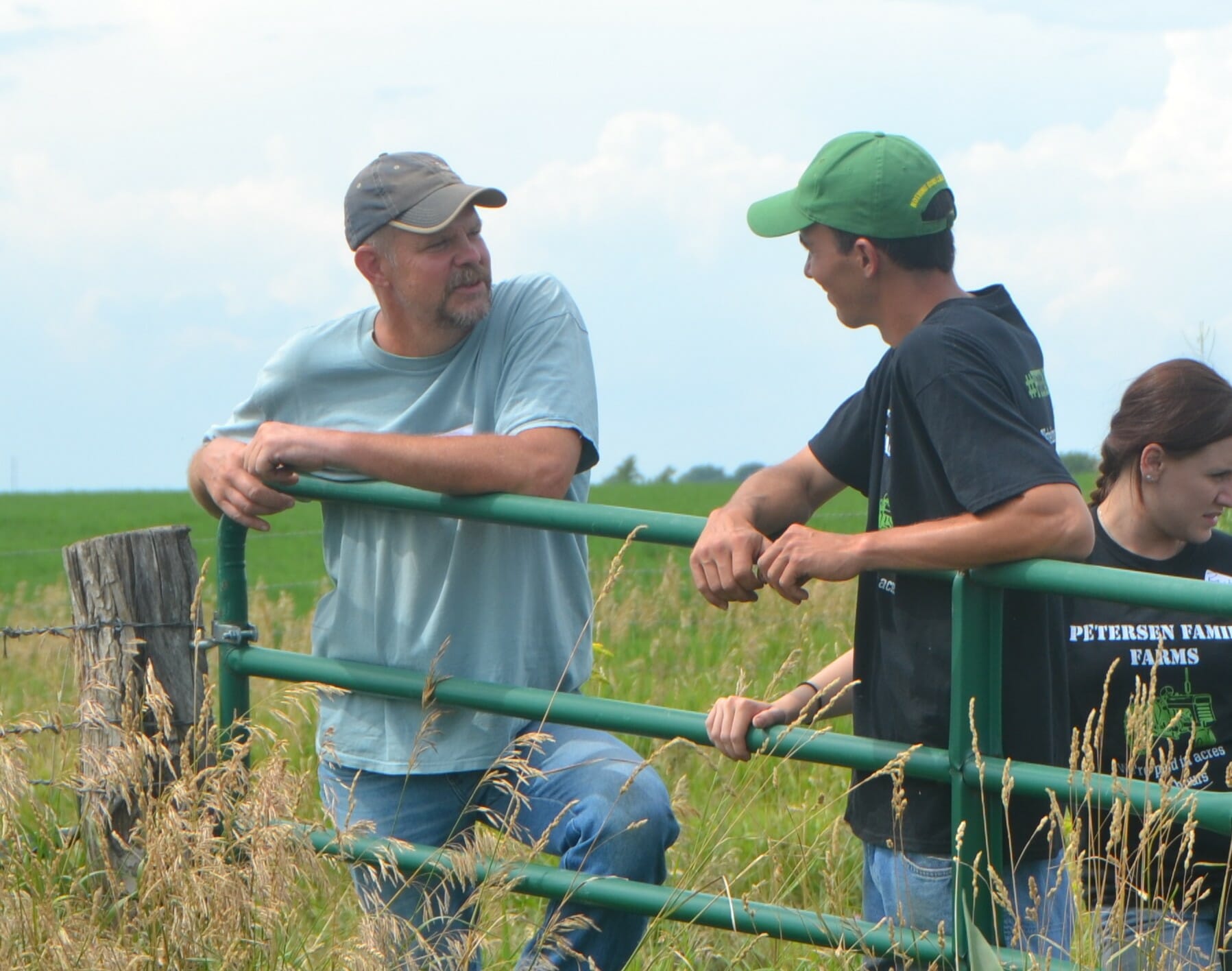 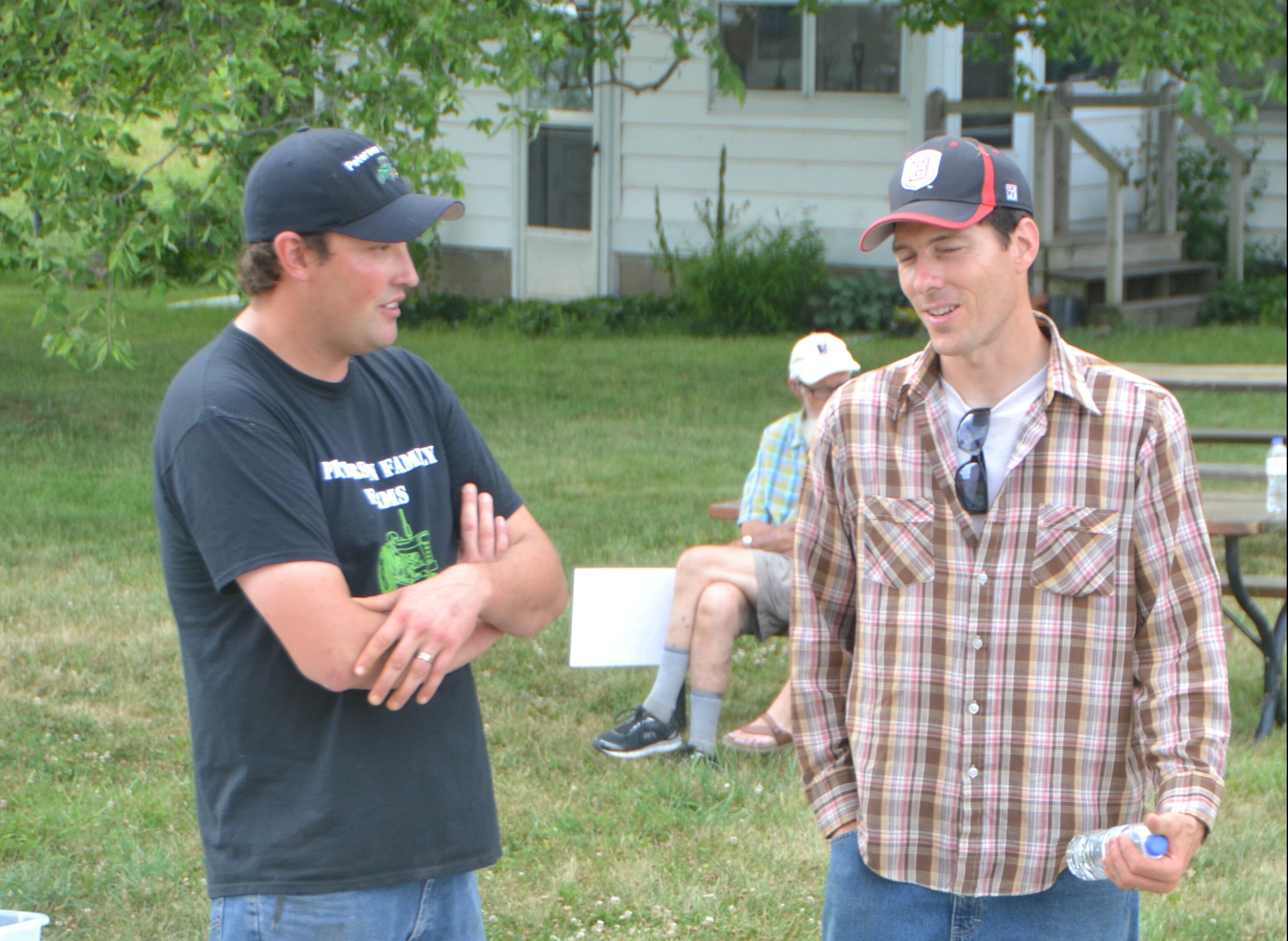 Jacob Petersen and PFI member Levi Lyle talk cover crops and the pros and cons of trying a roller-crimper. 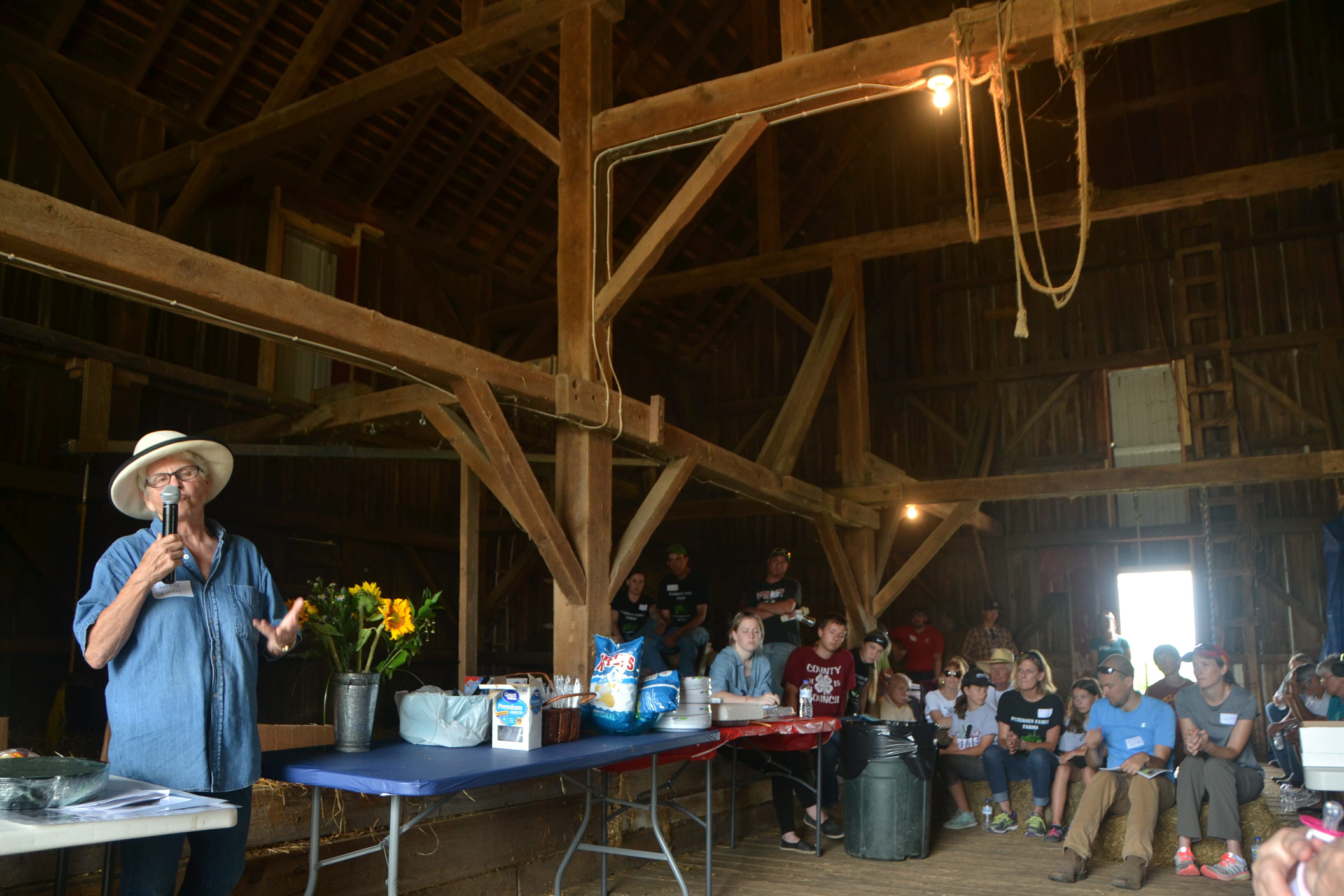 Charlotte Shivvers led a discussion on the importance of a land transition planned. Charlotte, and her sister Martha Skillman, approached the Petersens about renting and farming their land organically in the early 2000s. A few years later, the sisters sold 160 acres to the Petersens and since have started renting their remaining 320 acres to them. 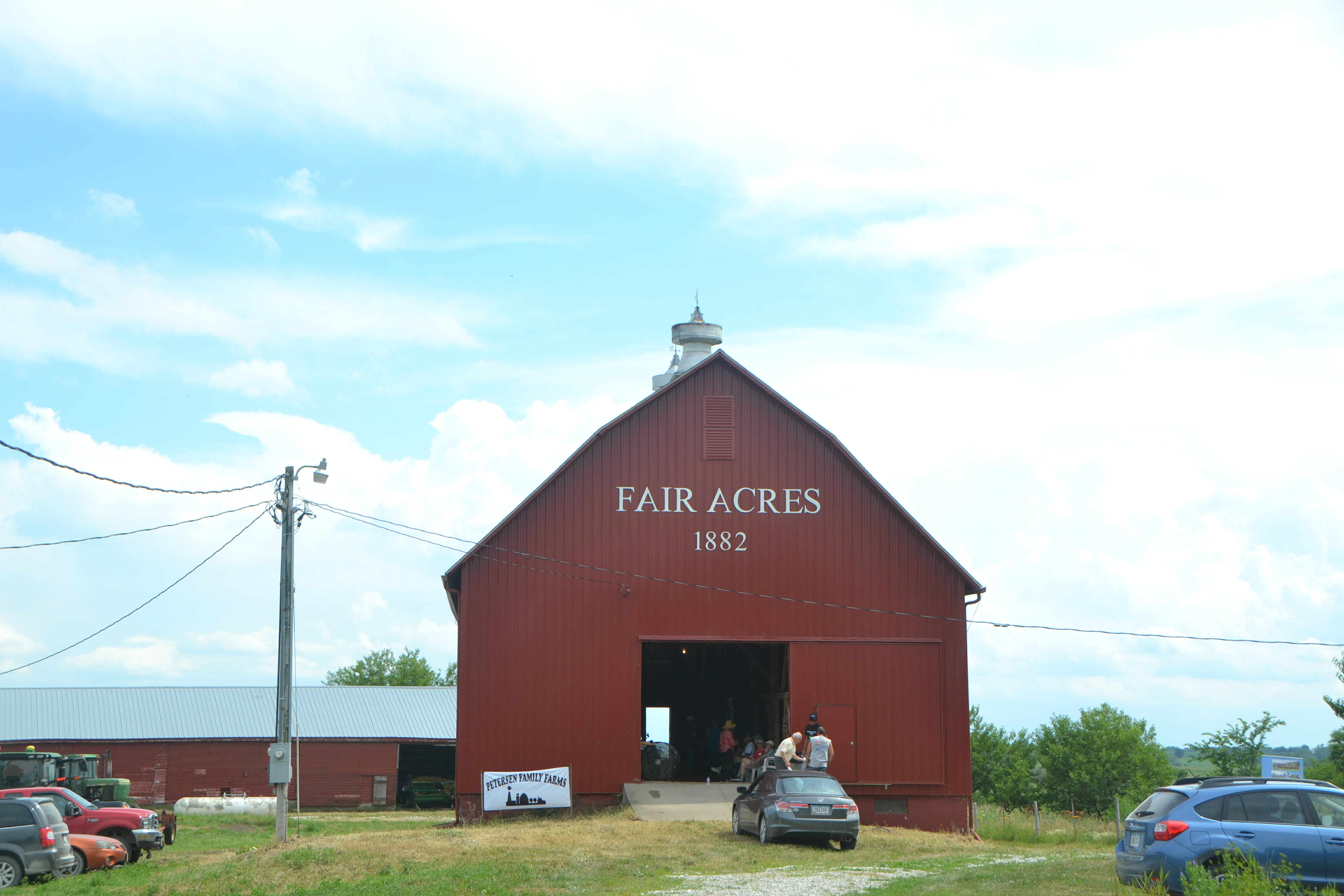 Fair Acres is the name of the Shivvers farm the Petersens now farm. Charlotte shared that she, Martha and their late sister Marietta used to play in this barn as children. 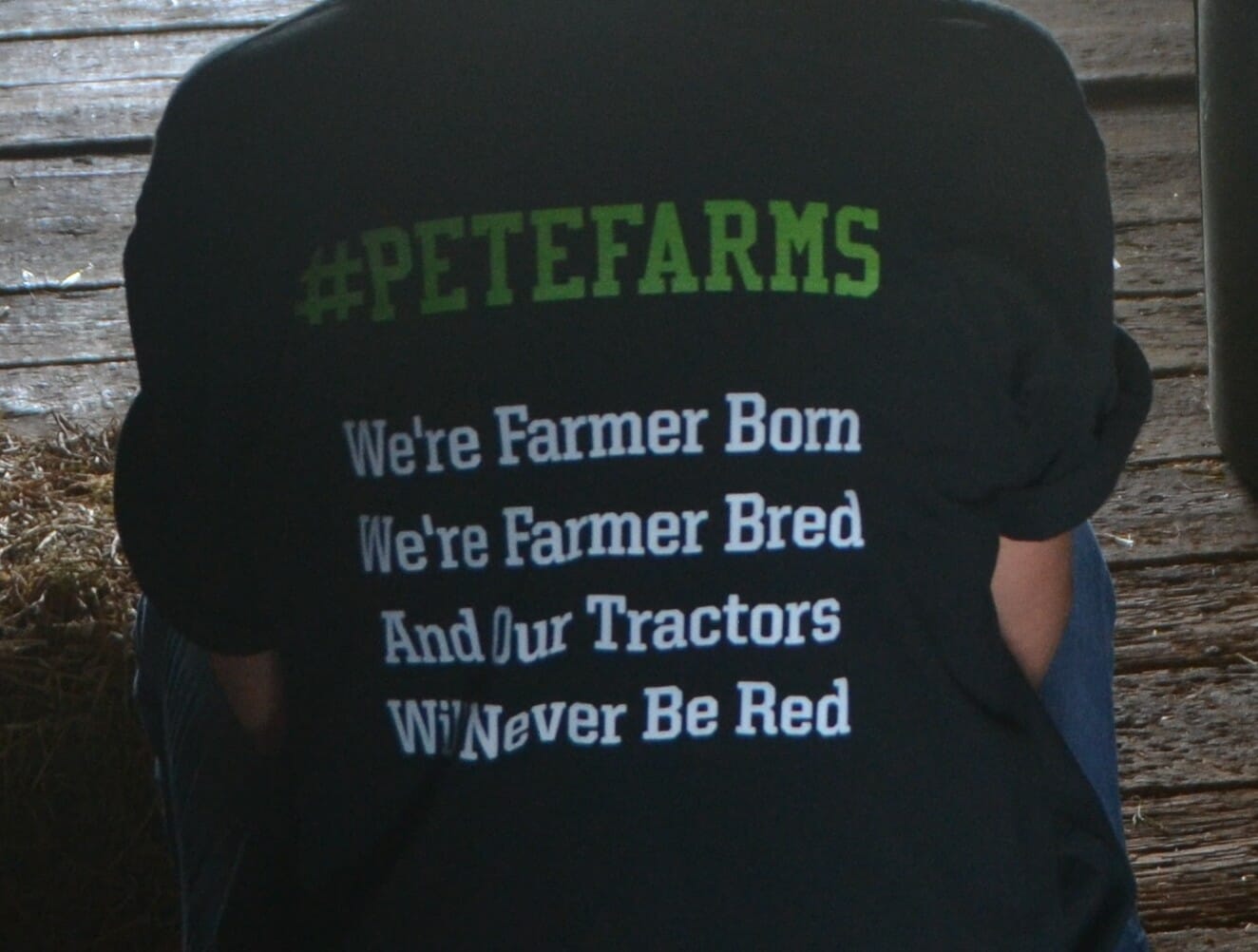 The Petersen family could easily be identified by their fashion statements and sense of humor.