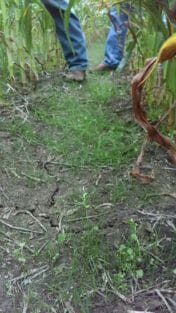 In the past few years, researchers in Pennsylvania and Minnesota have been investigating the practice of interseeding cover crops into corn with a modified, high-clearance drill seeder when the corn is six to eight inches tall (approx. V4-V5 stage of development). With this work in mind, last year farmer-cooperators in Iowa wanted to see if a cover crop could be successfully seeded into corn with a tractor-mounted broadcast seeder at the time of side-dress N application in June. If a cover crop can be successfully established in standing corn at this time, this may present these farmers with the opportunity to reap more environmental benefits from the cover crop with potential increased fall growth and likelihood of winter survival.

This research was conducted by Robert Alexander who farms near Granville in Sioux County.

Treatments included three cover crop mixes seeded into corn around the V5-V6 stages of development and corn with no cover crop seeded (control).

These treatments were implemented in a randomized complete block design with each treatment replicated four times in the field.

Interseeding was accomplished with an airseeder mounted on an old sprayer (photos below).

At Robert’s, cover crop seed was incorporated with the final inter-row cultivation pass on June 24. The covers emerged and by one month later had produced noticeable growth (photos below). “Crimson clover in all treatments appeared to germinate the best,” Robert notes. “But it did not seem to do too well after the canopy closed. Annual ryegrass and radish in the Indy Mix seemed to show the most promise. There wasn’t much there after harvest but you could make out those two species in strips.” 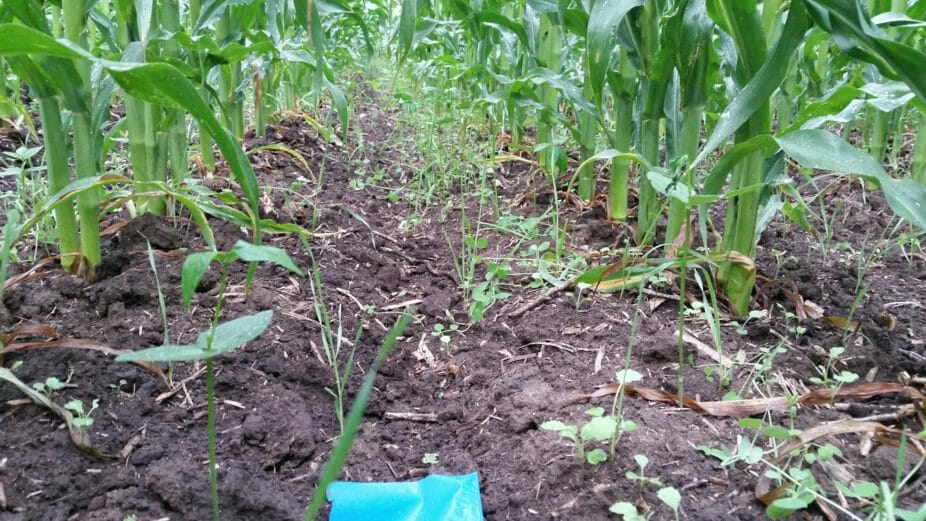 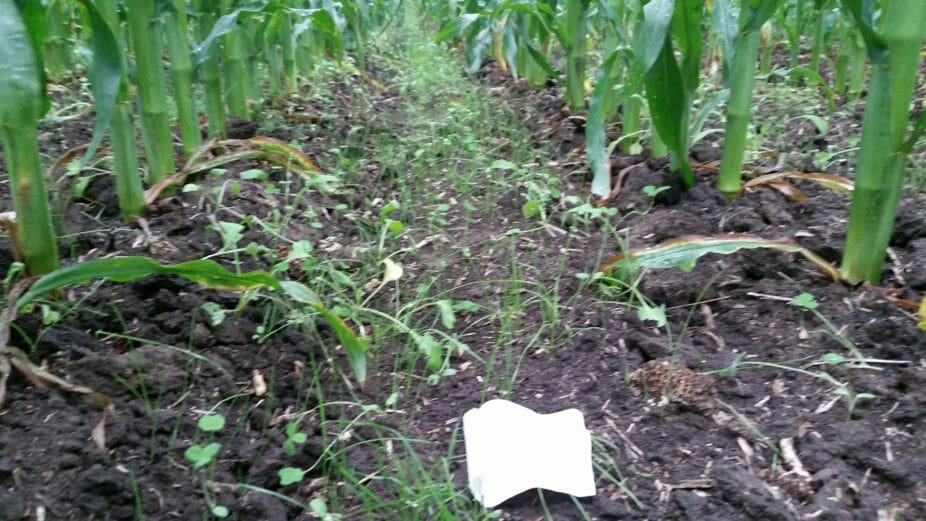 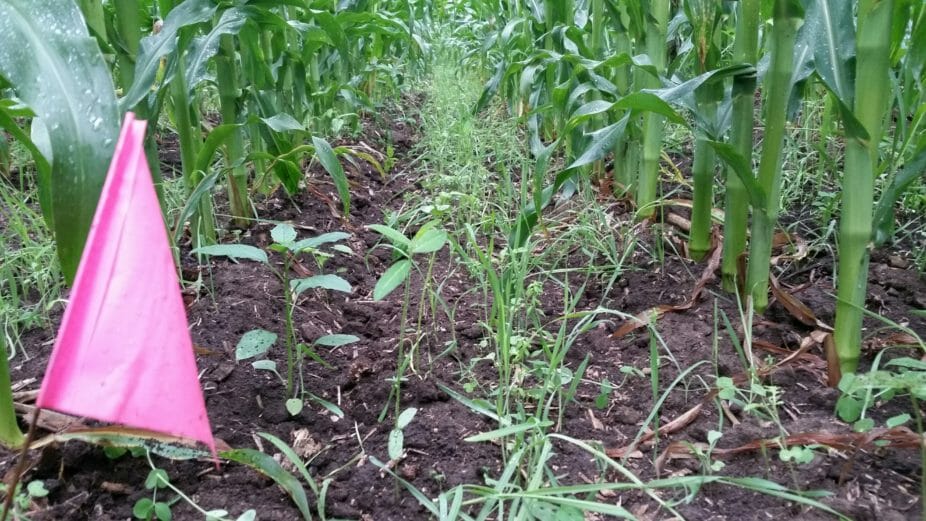 Robert also thinks he could have seeded the covers earlier than he did. “I think I would have been able to cultivate once a little earlier and then seed the covers closer to the V3 stage. This would let me stay more ahead of the weeds and give the covers a little more time and light to grow.

“The radishes also seemed to be clustered in spots–a bunch came up in some areas but then there were also bare areas with no radishes. This may have had to do something with soil type and/or herbicide carryover.”

Corn yields from the four treatments are shown in the figure below. Corn was not affected by the interseeded cover crops. 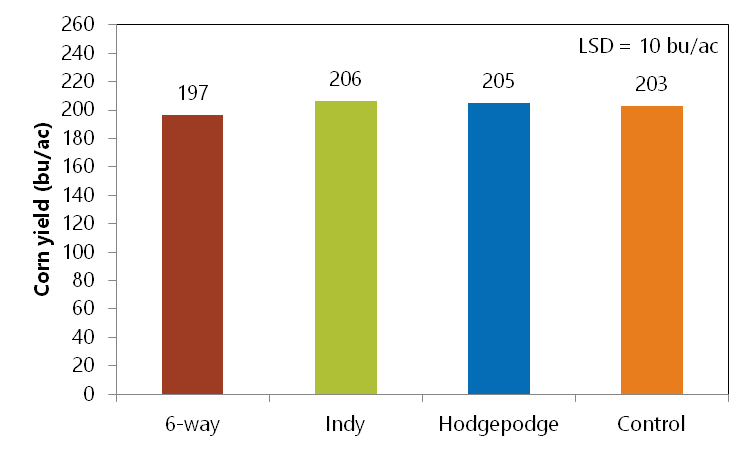 There was no significant difference in corn yield among the four treatments.

Final Thoughts and Next Steps

Robert’s goal for interseeding covers into his corn was to reap more growth in the fall which would provide more forage for cattle. “We run 30-35 head of cattle and generally put them out on the corn stalks. I wanted to know what else I could put out there for them to eat other than stalks and cobs.

“Getting a shot of rain right after cultivating and incorporating the cover crop seed was lucky. This year I am about to interseed radish, crimson clover and annual ryegrass after already cultivating twice. I’ll cultivate again to incorporate. I think that seeding earlier in the corn’s growth cycle and keeping the weeds down early will help this be more successful.”