In recent years, a growing number of farmers have become interested in raising their own cereal rye seed to use as cover crop seed. However, fungal diseases and lodging can present challenges to raising small grain crops, like cereal rye, in Iowa. Warm and humid conditions during heading and grain fill periods are conducive to fungal pathogens of cereal rye; fungal infections can both reduce yields and germination rates of the resulting seed. Lodging of tall plants due to excessive stem growth makes harvesting difficult and can also reduce yield. To overcome these challenges, farmer-cooperators Tim Sieren, Jack Boyer and Dick Sloan investigated the use of fungicides and plant growth regulators on cereal rye seed crops to determine effects on yield and seed germination percentage. 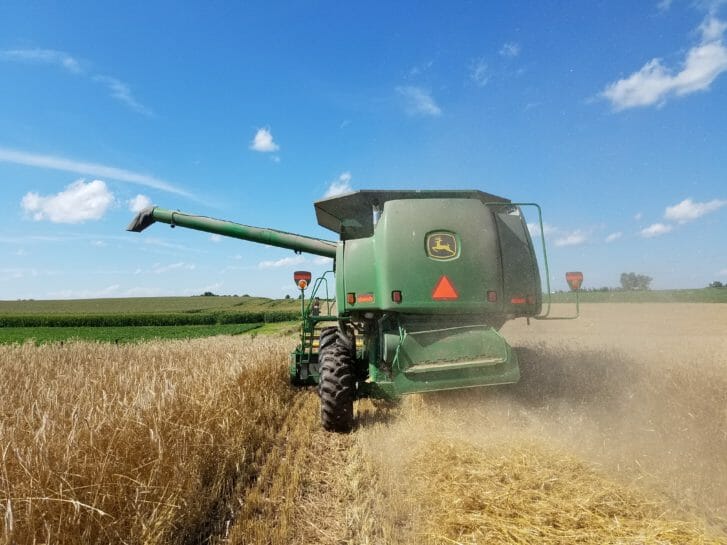 Tim Sieren harvests cereal rye on his farm near Keota in Washington County on July 15, 2016. 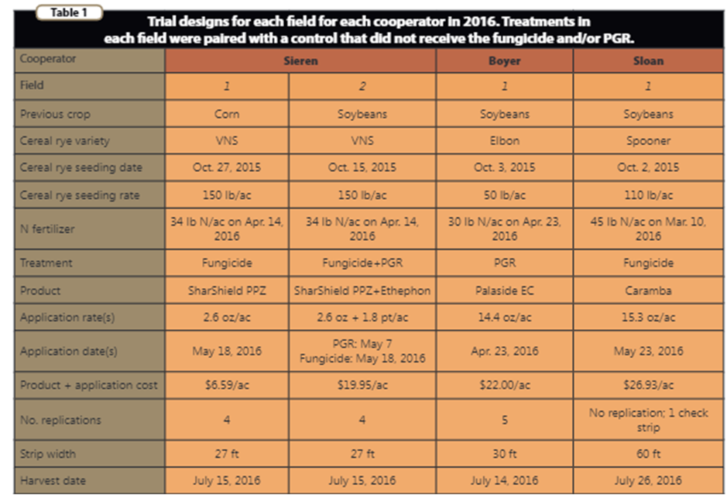 Among the Key Findings

Support for this project was provided by the Walton Family Foundation. The full report can be viewed here: Fungicide and Plant Growth Regulator Effect on Cereal Rye Production.