Meet Jonathan Lundgren — and Sneak a Peak at His Conference Sessions!

From a personal standpoint, I’m fascinated by insects and many other so-called “creepy-crawlies.” It’s mind-boggling to think of the vast number of insect species on the planet, the exponential way their population sizes outrank that of humans and just how long these animals have been around.

(I’ve read that cockroaches, for instance, have remained virtually unchanged since the time of dinosaurs — though thankfully, they’re not nearly as big as they were back then! I like insects, but a cockroach the size of a small cat would take some adjustment).

I’m aware that insects play many vital roles in the lives of humans — but until I chatted with Jonathan Lundgren, I didn’t realize the many ways insects can be beneficial on farms, from an agronomic point of view.

Jonathan is an agroecologist who directs the South Dakota-based ECDYSIS Foundation and also serves as CEO of Blue Dasher Farm. His research program focuses on assessing the ecological risks of pest management strategies and developing long-term solutions for sustainable food systems.

Jonathan will be leading three sessions at our 2017 annual conference, “Pass It On” (Jan. 20-21, in Ames), focused on the role of insects on farms and their link with soil health. In “Insects and Soil Health” (Friday, Jan. 20, 3-4:30 p.m.), he’ll discuss the services insects provide on farms, and how to harness those services to reduce costs and improve long-term sustainability.

Here’s what Jonathan had to say to a few of my questions.

Note: He’ll delve much more deeply into this topic during the conference — so be sure to attend if you want to learn more! Visit our 2017 conference page to learn more or register).

In your experience, is the idea of harnessing insects on farms — rather than trying to eradicate them — a strange or radical idea for some farmers? 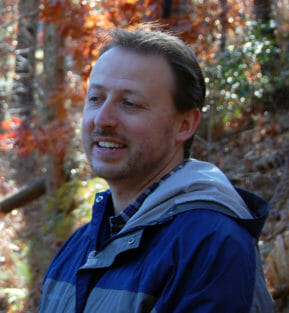 Farmers as well as much of society have a very pest-centric view of insects and biodiversity in general, but that’s very short-sighted, because for every pest insect, there are 1,700 species that are actually helping us.

That’s the future of entomology – figuring out how to manage those communities to reap the benefits, because when we have that diversity, we can use it to save money on farms.

This is a fairly new idea – this message doesn’t go out to farmers very often. For farmers farming regeneratively, this is nothing new. But for folks who farm conventionally or who haven’t thought of insects other than as pests, this is a new idea.

Do you think this message will be hard to spread?

Farmers are small-businessmen who should be trying to improve the profitability on their farms. The bottom line is they can use biodiversity to save money on their farms.

In corn, for instance, we’re finding that [insect] predators are particularly important in managing corn rootworm and other pests – like corn borer and aphids. We’re finding that as we increase diversity in our corn farm, it is negatively associated with pest populations. So farmers who are fostering biodiversity no longer have to pay for Bt corn or neonicotinoid treatments.

We’ve been conducting similar sorts of experiments in multiple systems, and there’s a very strong trend toward the functioning of this [biodiversity-based] system. Diversity is the key: some is better than none, and more is better than less in terms of diversity.

How does one start to restore or enhance this insect biodiversity on farms?

There are four simple principles on farms:

#2 – There is always a living root in the soil.

#3 – Farmers have diversified plant communities in their operation through multiple means.

#4 – They are integrating livestock back into their system.

If they’re going to do any one step, it would be combining no-till and living roots. This is a systems-level change. If farmers just go no-till, it won’t have the same impact as if they do no-till and cover crops, and that won’t be as dramatic as if they had diversified plant communities and livestock.

Is it necessary for farmers to give up all pesticide use to take advantage of insect services, or is it possible to integrate insects into a chemical-based crop management regimen?

Pesticides can be a part of this, but when you go down this path you end up not needing those inputs. If you want to maximize profitability and minimize costs, that’s what these systems do.

I would recommend that farmers approach this as a systems-level change, but it maybe doesn’t have to be on an entire farm. A farm is a business and most successful businesses invest 10 percent in research and development. Farmers can invest some land into researching these practices.

The link between insects and protecting crops from weeds isn’t immediately obvious to me. Do you have an example or two you could share?

Herbivary is a major stressor on weeds. These insects shape when and where weeds grow. Crickets, carabid beetles and things like pill bugs and millipedes – those are actually really important seed predators. They eat the seeds of difficult-to-manage weeds like ragweed, waterhemp, pigweed and others.

What role do pollinators play on a row crop farm?

In Iowa soybean fields, having a honeybee colony is the quickest and cheapest way to increase yields. This is based on studies done in Iowa – even self-pollinating plants like soybeans will benefit by having pollinators around.

I was a little surprised reading in the description of your session on “Pollinator Conservation and Risk Assessment” that the best way to conserve pollinators is to heal the soil.

I would have thought reducing pesticides and other crop chemicals would be the first approach. Why is soil stewardship and health so important?

It gets back to those four principles. As you try to start growing soil on your farm and preserving that soil, you enact those principles. They help to reduce the amount of insecticide that you need, and create a lot more diversity within habitats.

Not only are you producing food for yourself or your crop, but that’s how we’ll solve the bee problem. Anything less than that, and we’ll continue to see dead bees.

Bees are dying because of our current food production system – not having enough food, bees being subject to diseases and pesticides. It’s all related to that simplification [of the food system]. Until we have diversity, farmers and bees are going to be in that same boat.