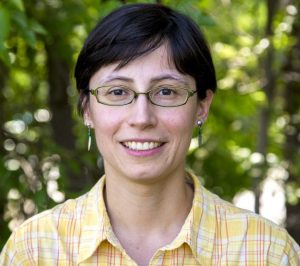 Tamsyn Jones joined the PFI staff in March 2012. Her role has evolved over this time, and she now serves as the primary editor of PFI’s outreach and publications; writes copy for a range of PFI materials; manages PFI’s quarterly magazine; and oversees PFI’s in-house written style, which includes working to ensure PFI’s use of language is inclusive and welcoming.

Tamsyn received a Bachelor of Science in technical writing, with a focus in ecology, from Carnegie Mellon University and a Master of Arts in journalism from University of Missouri-Columbia, where she majored in environmental journalism, worked as the river reporter for the Columbia Missourian newspaper, studied environmental reporting in Australia and worked as a teaching assistant to soil science and agricultural journalism professors. Her 268-page master’s thesis explored the evolution of environmental reporting over three decades as revealed through coverage of three catastrophic oil spills in two highly regarded print newspapers.

After graduating, she spent a year as a Rotary Foundation Ambassadorial Scholar in Tasmania, where she worked to foster international goodwill and understanding while pursuing additional post-graduate studies in radio and investigative journalism at the University of Tasmania. While there, she spoke to groups of Australians across the country, connected with Aboriginal communities; interned as an ocean science writer; and, in between her school and scholarship work, authored a major freelance magazine story on soil for E/The Environmental Magazine.

Originally from Pittsburgh, Tamsyn strives to live with respect for all beings and loves hiking and spending time in nature with her son, Dorian, and husband, Chris; playing her fiddle and mandolute; watching classic noir; reading (science, history, medieval literature and, lately, books about unschooling are of great interest); sketching trees; exploring off the beaten path; and playing with her two cats.