Steve Carlson - Practical Farmers of Iowa Skip to content
About 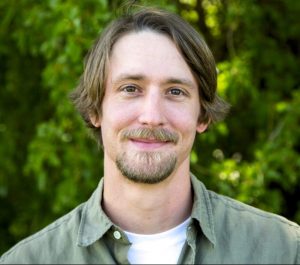 Steve Carlson joined the PFI staff in December 2014 and currently serves as the membership and office manager. His primary responsibilities include managing PFI’s membership, unrestricted fundraising and office projects.

After receiving a bachelor’s degree from the University of Northern Iowa, Steve went on to earn a Master of Science in applied anthropology from the University of North Texas. His graduate thesis project documented hundreds of heirloom apple varieties in the southern Appalachian Mountains and sought to understand apple growers’ perceptions of climate change and the effects of their management practices on apple diversity.

His education in anthropology reinforced the importance of helping farmers address social and environmental issues through grassroots, farmer-led solutions. After completing his master’s degree, Steve worked as the communications coordinator at Seed Savers Exchange in Decorah, Iowa. He also serves as a Boone County Soil and Water Conservation District commissioner.

In addition to being a staff member, Steve is a proud member of PFI as a beginning farmer raising apples near Madrid, Iowa. On his small acreage, he also enjoys gardening and has converted 2 acres of pasture into pollinator habitat. When he is not in the garden or orchard (or even when he is), Steve enjoys disc golf, live music, Cubs baseball and craft beer.