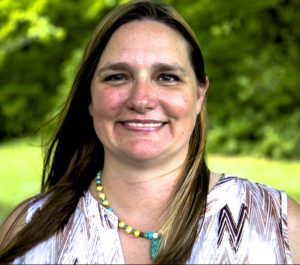 Sally Worley joined Practical Farmers of Iowa staff in the fall of 2007, after being a member of the organization for a few years. She became the executive director February 1, 2016. Before that Sally worked in multiple positions at Practical Farmers, including: communications director, next generation and horticulture director, deputy director and operations director.

Sally works to ensure Practical Farmers is farmer-led and maintains its big tent, welcoming everyone into the organization. She oversees PFI’s staffing, finances and programming, and is the primary liaison with the board of directors.

A native of Northeast Iowa, Sally has a Bachelor of Science in horticulture and environmental studies from Iowa State University, and an Executive Master of Public Administration from the University of South Dakota. Prior to working at Practical Farmers of Iowa, Sally directed the agriculture-based vocational program for people with autism at The Homestead near Pleasant Hill for four years. Sally has also started up a landscape maintenance program for a local landscape company, managed a crew of landscapers in Boise, Idaho, and apprenticed on an upstate New York organic vegetable farm. Sally serves in multiple board and advisory roles that complement PFI’s mission and vision.