Winter Cereal Rye Cover Crop Effect on Cash Crop Yield: Year 8 is now available! This is a long-term project being conducted by Iowa Learning Farms and Practical Farmers of Iowa. Between 2009 and 2016, 12 farmer-cooperators have contributed to 59 site-years of on-farm research to investigate what effect a cereal rye cover crop might have to yields of corn and soybeans.

How the Study was Conducted

This long-term study employs a “paired strips” design. Cooperators established and maintained replicated strips of “cover” and “no cover” that run the length of their field for the duration of the study in corn-soybean rotations. Cooperators were allowed to manage their cover crops and cash crops however they saw fit. The table below shows how the six farmer-cooperators who participated in 2016 managed cover crops and cash crops during the growing season. 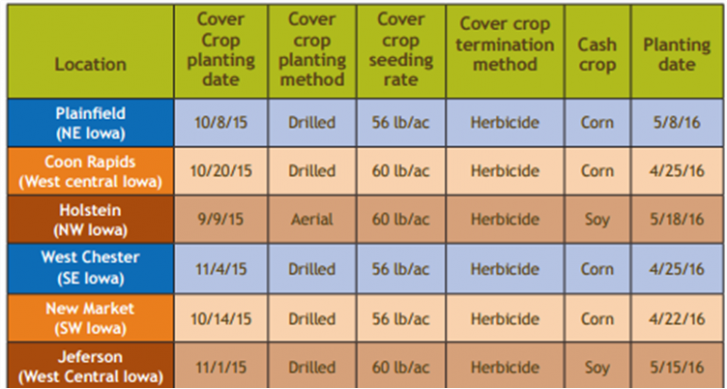 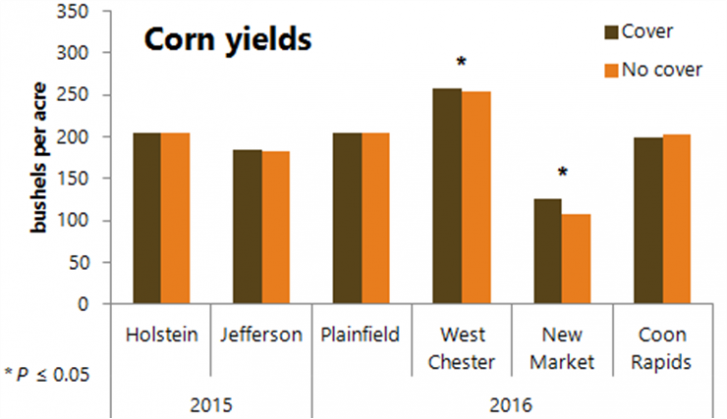 Soybean yields have been near 60 bu/ac the past two years with improvements from the cover crop being observed at New Market, West Chester and Kalona in 2015 (Fig. 2). 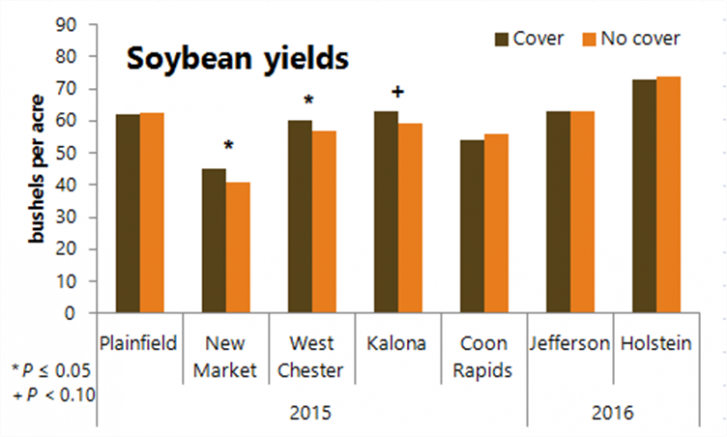 This project has been made possible by funds provided by the State Soil Conservation Committee, the Iowa Department of Agriculture and Land Stewardship, NCR-SARE, the Walton Family Foundation and Iowa Learning Farms.