The objective of this research project was to quantify the agronomic effect on corn yields of green manure cover crops frost-seeded with a small grain or seeded following small grain harvest. Wade lists gaining knowledge, improving soil quality and improving profitability as goals for this on-farm project. 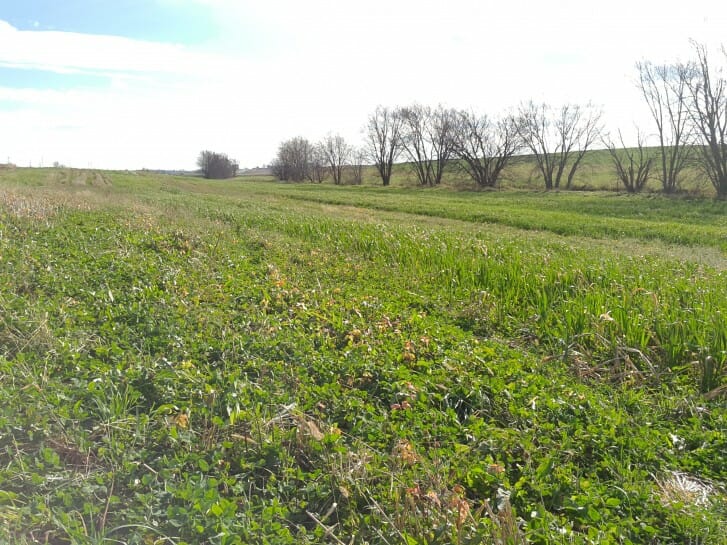 Here’s how Wade conducted this randomized and replicated strip trial: 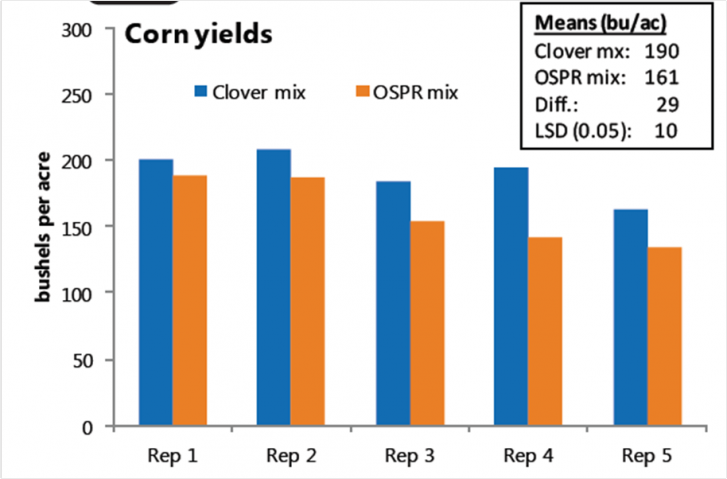 Corn yields for the clover mix and oats+sorghum-sudangrass+peas+rapeseed (OSPR) mix treatments from each Rep at Wade Dooley’s in 2016. Mean yields and the least significant difference (LSD) at the P ≤ 0.05 level are indicated in the inset table. Because the mean difference is greater than the LSD, the treatments are considered different with 95% certainty.

For more details on this trial, read the full report: Effect on Corn of Green Manure Cover Crops Established with Cereal Rye Seed Crop. Support for this trial was provided by the Walton Family Foundation.