If cover crops can successfully be established when interseeded into corn in June, this may permit farmers to use existing equipment (rather than high-clearance machines or airplanes); may permit the use of more diverse cover crop species; and ultimately may increase the amount of cover crop biomass produced. Last year, PFI farmer-cooperator Jack Boyer interseeded a 4-species and 6-species cover crop mix into seed corn at the V4-V6 stage in randomized and replicated strips. He intended to see if the cover crop could persist underneath the seed corn canopy and see how much biomass could be produced in the fall following harvest.

You can read the full report here: Interseeding Cover Crops in Seed Corn at the V4-V6 Stage. 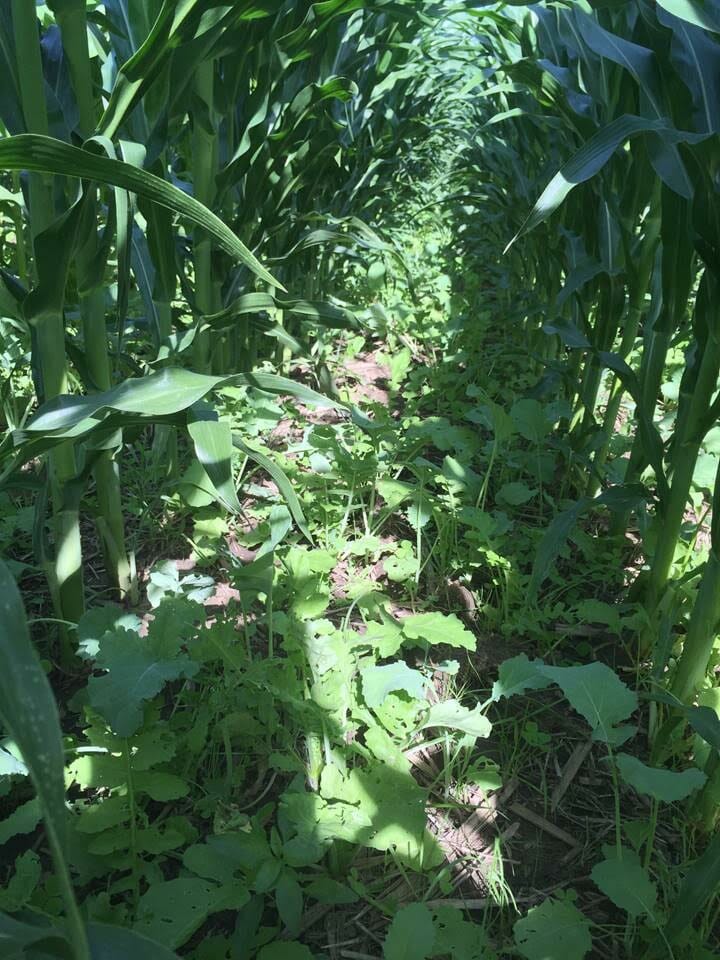 Here’s how Jack Boyer conducted the trial on his farm near Reinbeck in Tama County:

For each characteristic, if the difference is greater than the least significant difference (LSD), the treatments are considered significantly different at P ≤ 0.05. Cover crops were sampled on Oct. 12, 2016. 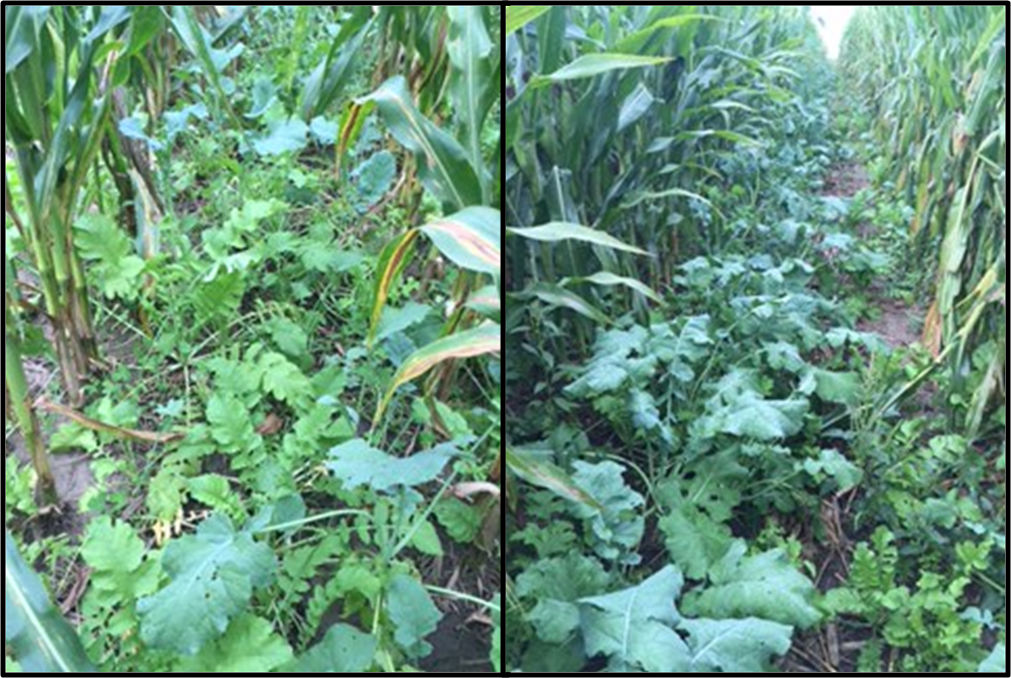 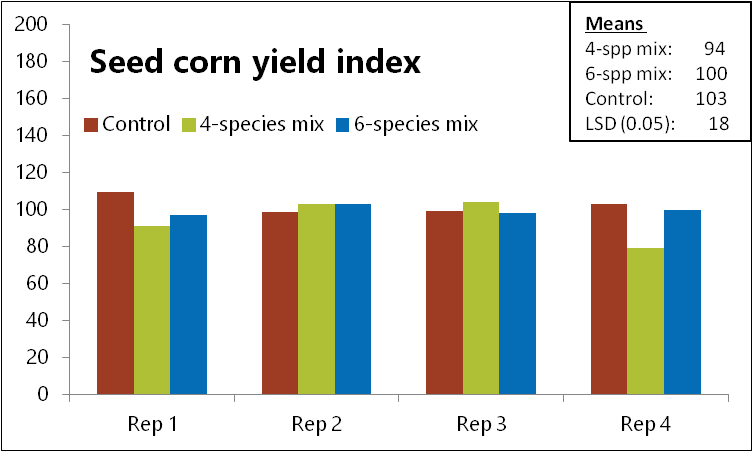 Seed corn yield index for each treatment from each Rep at Jack Boyer’s. Seed corn was harvested on Oct. 1, 2016. Mean yield indices and the least significant difference (LSD) at the P ≤ 0.05 level are indicated in the inset table. Because the difference between any two treatments is less than the LSD, the treatments are not considered significantly different.

For more details on this trial, read the full report: Interseeding Cover Crops in Seed Corn at the V4-V6 Stage. Support for this trial was provided by the Iowa Department of Agriculture and Land Stewardship, Division of Soil Conservation.