As with the previous iterations, cooperators hand-seeded cover crops into small plots and assessed groundcover in the fall (prior to hard freeze) and the following spring (prior to termination). Cover crop entries studied in 2016-17 are shown in the table below. Read on to learn more about the recent iteration of the trial which was conducted by seven cooperators across the state. 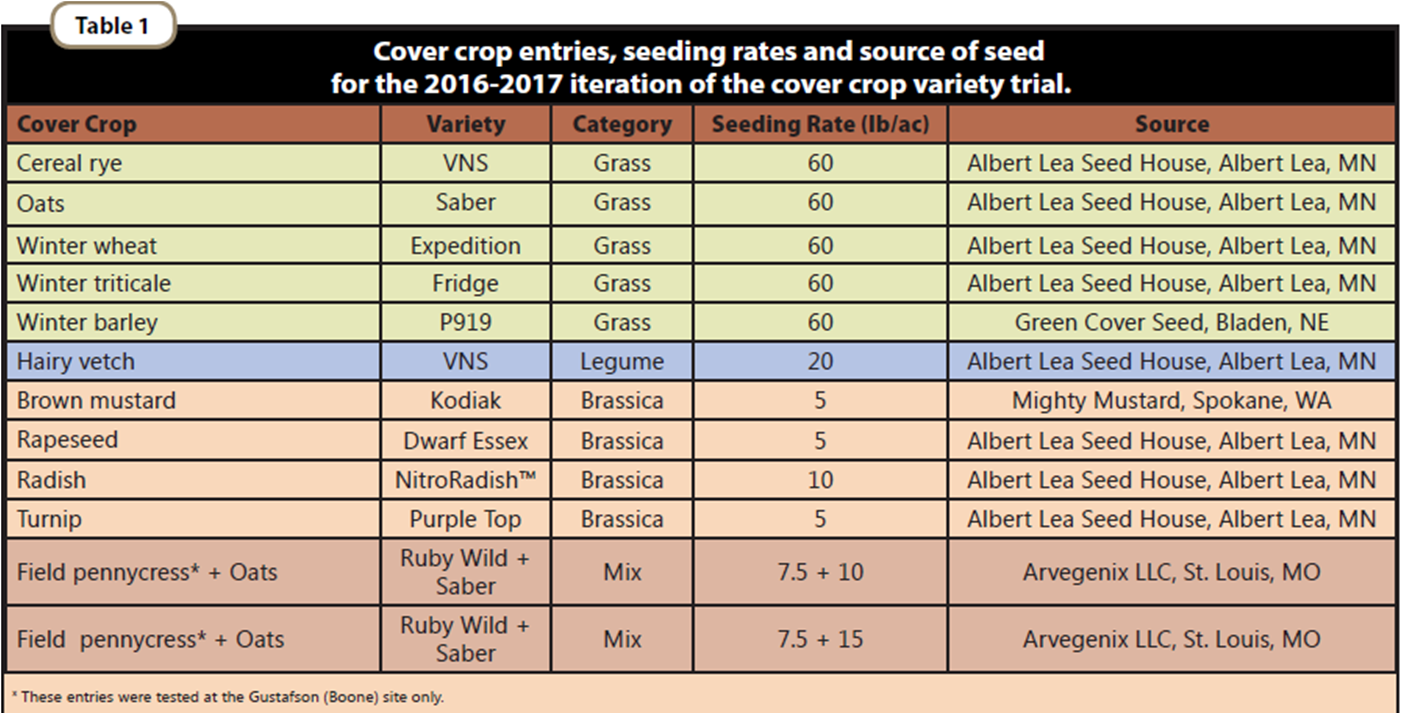 See how the cover crops performed at each location (Boone, Randalia, Clearfield, Stanton, Crawfordsville, Rake, Spencer) in the research report. General trends across the sites are provided in the figures that follow. 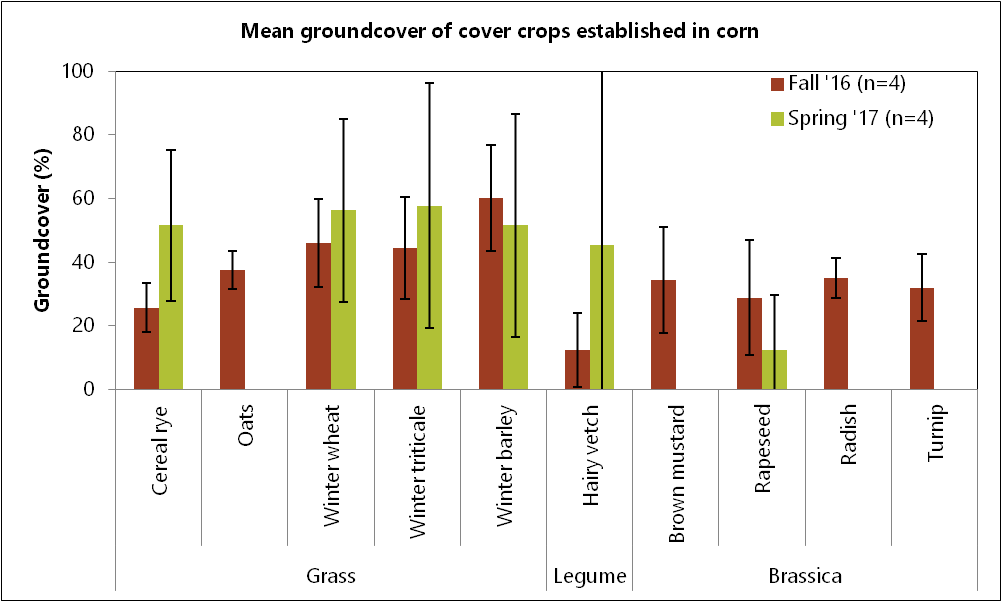 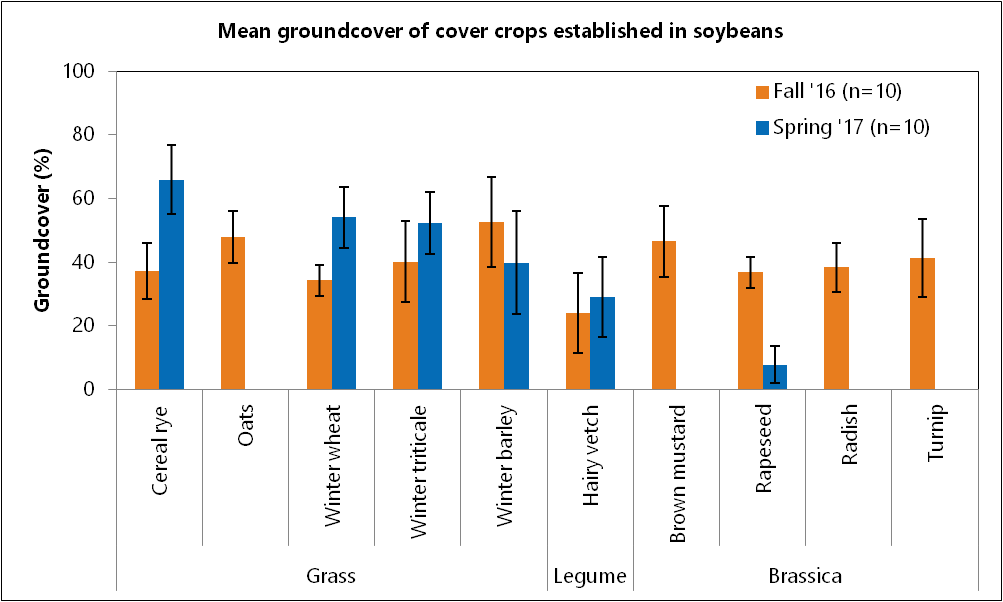 At the Boone location, we also screened Field Pennycress as a cover crop. The pennycress was seeded with either 10 lb or 15 lb of oats as a companion. It really shined the following spring, though, with both seedings providing upwards of 80% groundcover by mid-April. Often considered a pesky weed, Field Pennycress does appear to be a consistent over-wintering, non-grass cover crop option. 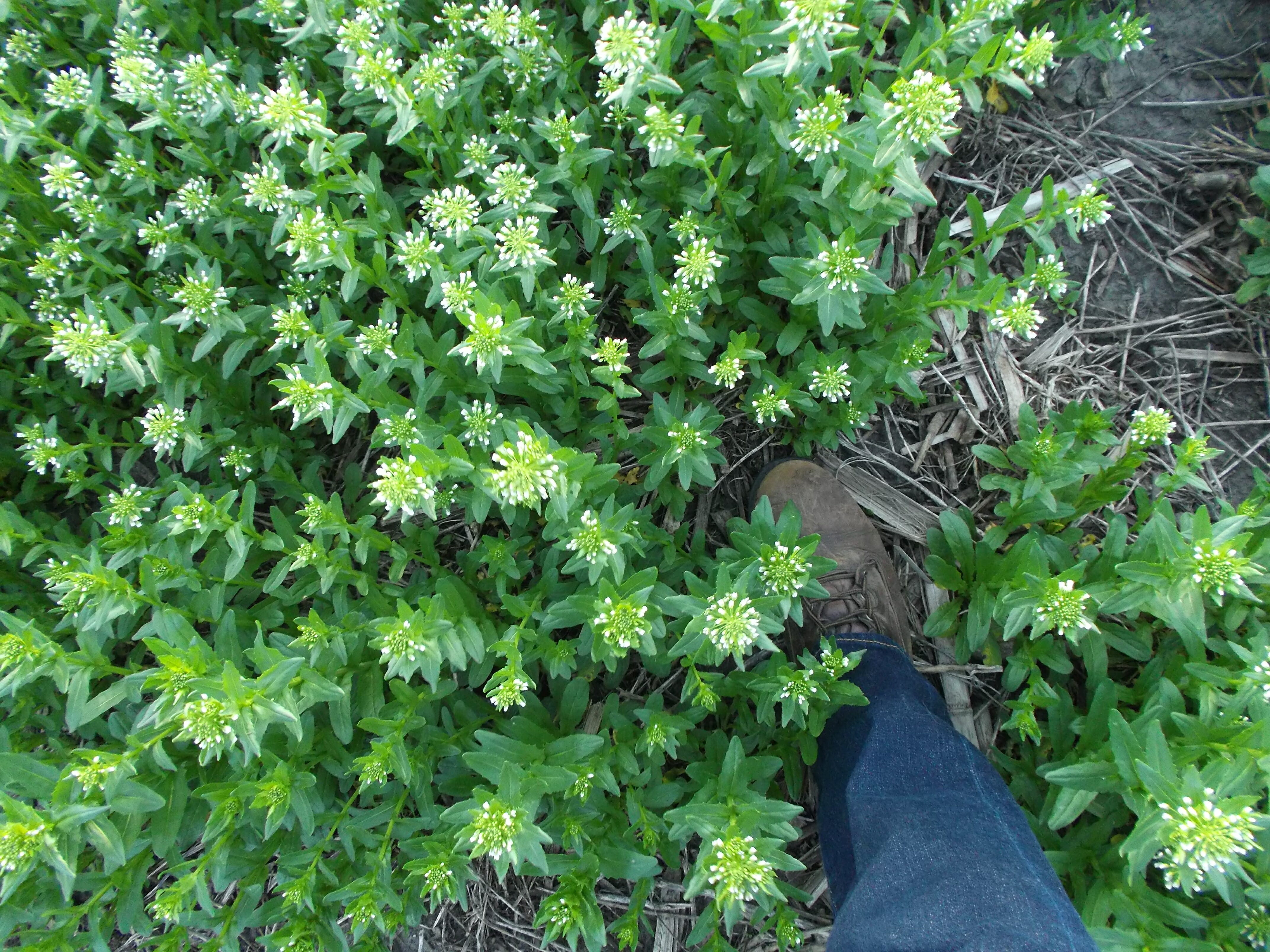 Check out the previous four iterations of the Cover Crop Variety Trial below. Over the years, cereal rye was the most consistent cover crop; seeded either into standing corn or standing soybeans.

The 2016-17 Cover Crop Variety Trial was made possible by the Walton Family Foundation. We would also like to thank Albert Lea Seed House, Green Cover Seed, Arvegenix, LLC and Mighty Mustard for providing seed for this project.

View more PFI Research Reports. For more information about this study and other studies as part of PFI’s Cooperators’ Program, contact Stefan Gailans at stefan@practical farmers.org.