Three of those elected are farmers representing different regions of Iowa, including Vic Madsen of Audubon; Mark Peterson of Stanton; and Mark Quee of West Branch. The fourth individual, Kurt Van Hulzen, is a veterinarian and friend-of-farmer member from Sac City. The board elections took place during PFI’s 2018 annual conference.

At ISU, Lisa conducts research and teaches in the areas of agriculture, ecology, forestry and human-landscape interactions. She is a co-founder and co-leader of the Science-based Trials of Rowcrops Integrated with Prairie Strips (STRIPS) project, which pioneered the use of prairie strips as a conservation practice on farms. Lisa is also lead developer of the web-based educational game People in Ecosystems / Watershed Integration, which was designed to help people understand how humans affect the environment.

In addition to her scientific expertise in the realm of agricultural land stewardship, Lisa and her husband, Peter, own part of Lisa’s family’s diversified farm in Wisconsin. They both are lifetime members of Practical Farmers and have been involved with the organization for more than a decade.

“I was introduced to PFI as one of the best parts of Iowa even before I moved here,” Lisa says. “After beginning my faculty position in 2003, I learned more about the organization, met some of the staff and members, and attended some field days. It was through the newsletter that I more fully understood the breadth, depth and importance of PFI.

“I’m now incredibly honored to become a board member and look forward to an even closer relationship. I hope I am able to serve by being an effective conduit between PFI and ISU to further the mission of both.”

With her election, Lisa began her first term on the Practical Farmers board as the new friend-of-farmer at-large director, replacing Gail Hickenbottom of West Des Moines, who served nine years on the board.

Other board members elected to serve

The other board members on the docket were all re-elected to their current positions on the board.

Practical Farmers board members serve in many capacities, from ensuring PFI is fiscally sound and our programs remain effective and farmer-focused, to providing leadership, advice and direction to staff.

These individuals are among the hundreds of Practical Farmers of Iowa members who serve in leadership roles within the organization, working in ways as diverse as hosting field days, conducting on-farm research, speaking with the media, serving on committees, volunteering at events, mentoring beginning farmers – and more. 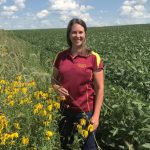 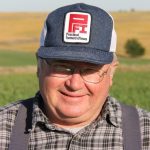 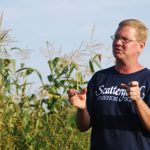 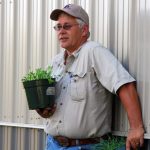 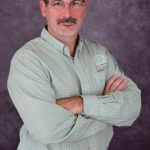