Despite the rise in cover crop acres in Iowa, most of Iowa’s cover crop seed is sourced from out of state. Resourceful Iowa farmers have started growing cover crop seed for themselves, neighbors and beyond. If you’re used to procuring your cover crop seed, here are the six key factors to think about when considering harvesting your rye as a seed crop. 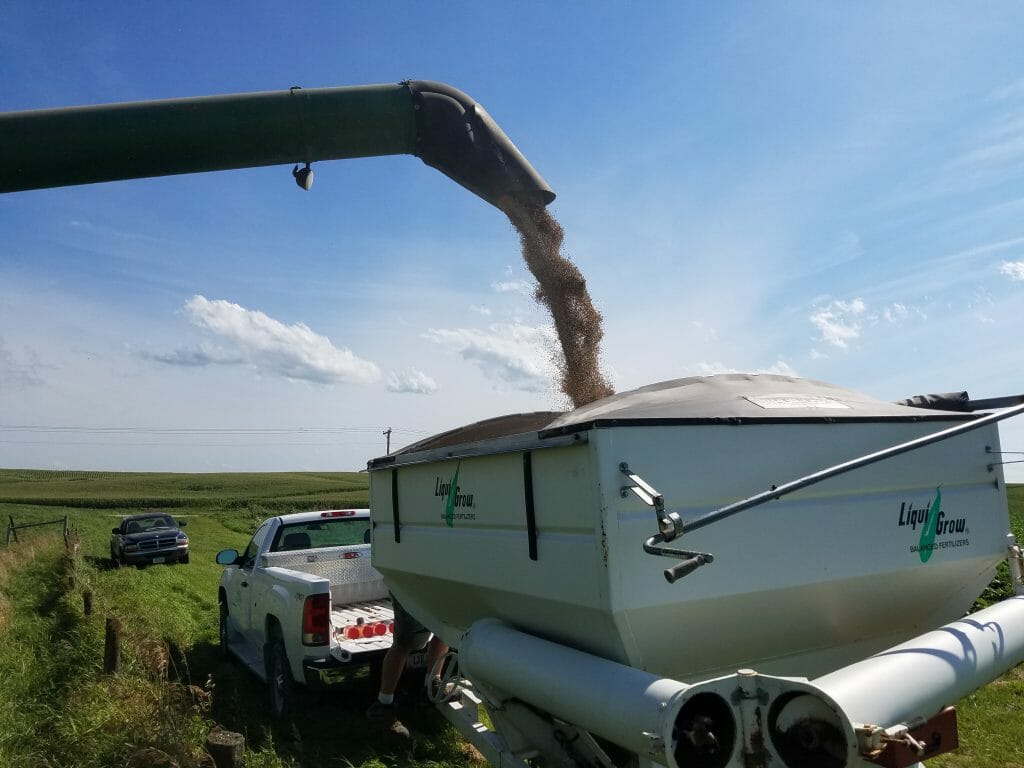 Most cereal rye seed used as a cover crop in Iowa is sourced from out of state, but Tim Sierenhas been growing and harvesting cover crop seed for over 10 years.

Farmers Sam Bennett of Ida County, Wade Dooley of Marshall County and Tim Sieren of Washington County shared their rye seed production knowledge with us. Combined, they have over two decades of experience growing cover crop seed. Since about 87% of the cover crops acres grown in Iowa are cereal rye, this blog post focuses on rye cover crop seed production.

A big question many farmers have when planting rye for cover crop seed is whether to plant a named variety or VNS (variety not stated) rye.

Sam, Wade and Tim each initially began growing rye seed with VNS rye, which is typically more readily available and inexpensive than a named variety. A downside, however, is that VNS rye can mature inconsistently, causing problems when applying fungicides and harvesting. This issue led all three farmers to switch to growing named rye varieties. 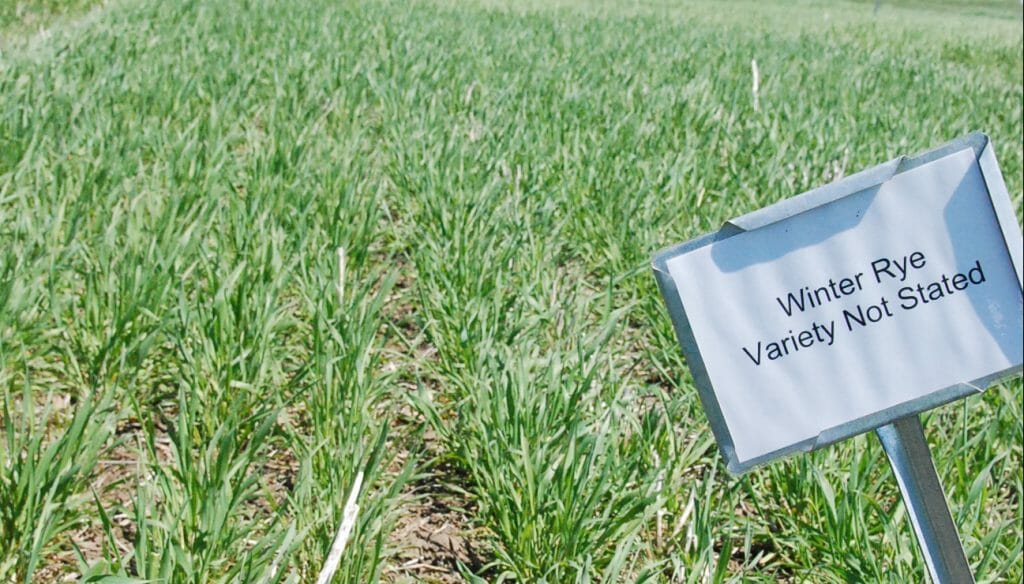 PFI is conducting rye variety trials –keep an eye out for future publications.

All three farmers noted that some of the rye they originally purchased contained weed seed that hadn’t previously been on their fields – likely because it was purchased from an ecoregion in another state. When selecting varieties to grow, it’s important to make sure seed is weed-free. It’s also important to ensure that rye seed sold off the farm is free of weeds. (Wade recommends a fanning mill for cleaning seed).

Planting date is another factor you’ll want to consider. For increased rye tillering that can result in higher yields, it’s best to plant rye early in the fall, with a preferred planting date between Sept. 20 and Oct. 10. Due to weather challenges the last few years, however, rye seed producers have mostly planted in late October. If seeding rye after Oct. 10, be sure to seed at a higher rate – perhaps close to 1.3 million seeds per acre – because the rye will not tiller much in the fall.

In contrast, rye grown for seed should be planted based on seeds per acre. Wade Dooley recommends between 1 million and 1.3 million seeds per acre, depending on when you’re seeding. 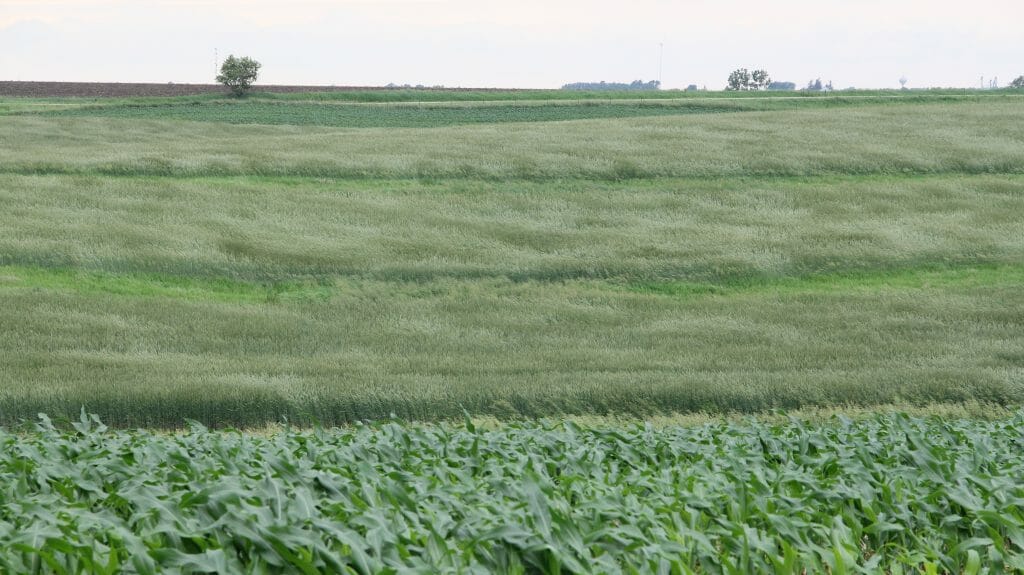 Seeding rye at an adequate rate allows for a consistent stand such as that pictured in Tim Sieren’s field.

Hazlet rye is typically 12,700 seed/lb – which equates to around 56 lb/bu of rye. Let’s say we’re planting in early October and have a plant population goal of 1.2 million seed/ac. We’d do the following calculation:

In contrast, a VNS rye might have closer to 23,000 seed/lb – which also equates to 56 lb/bu of rye. Aiming for the same plant population of 1.2 million seed/ac, let’s find out our seeding rate:

What accounts for this variation in seeding rate? The differing seed sizes of the varieties – as indicated by the seed-per-pound value of your specific rye.

Albert Lea Seed recommends planting closer to 2 bushels per acre of rye if you’re using it for grain or seed production, as opposed to 1 bushel per acre if you’re planning to use the rye as a cover crop. Sam, Wade and Tim have planted their rye as heavily as 3 bushels per acre. If you’re thinking about harvesting your rye for seed, it would be wise to up your drilling rate.

When used as a cover crop, the nutrients used by cereal rye are cycled back into the soil, meaning no additional fertilizer is required. In contrast, harvesting cereal rye for seed and straw removes nutrients from the field.

Sam, Wade and Tim emphasized the need to apply phosphorus and potassium in the fall to compensate for those lost nutrients – and for proper stem and grain growth of the rye. To calculate P and K rates for rye straw and grain removal, we can use Iowa State’s recommendations for wheat (look at Table 7 in that publication) or Ag PhD’s Fertilizer Removal by Crop app.

Wade and Sam also mentioned that they topdress in the spring with ammonium sulfate (AMS) and have seen increased rye yield as a result.

When raising rye for seed, the farmers agreed that the most significant pest was fusarium head blight or “scab,” which lowers rye yield and seed germination rates. Corn stubble is a host of fusarium, so you can reduce potential incidence of fusarium by planting rye into soybean stubble. 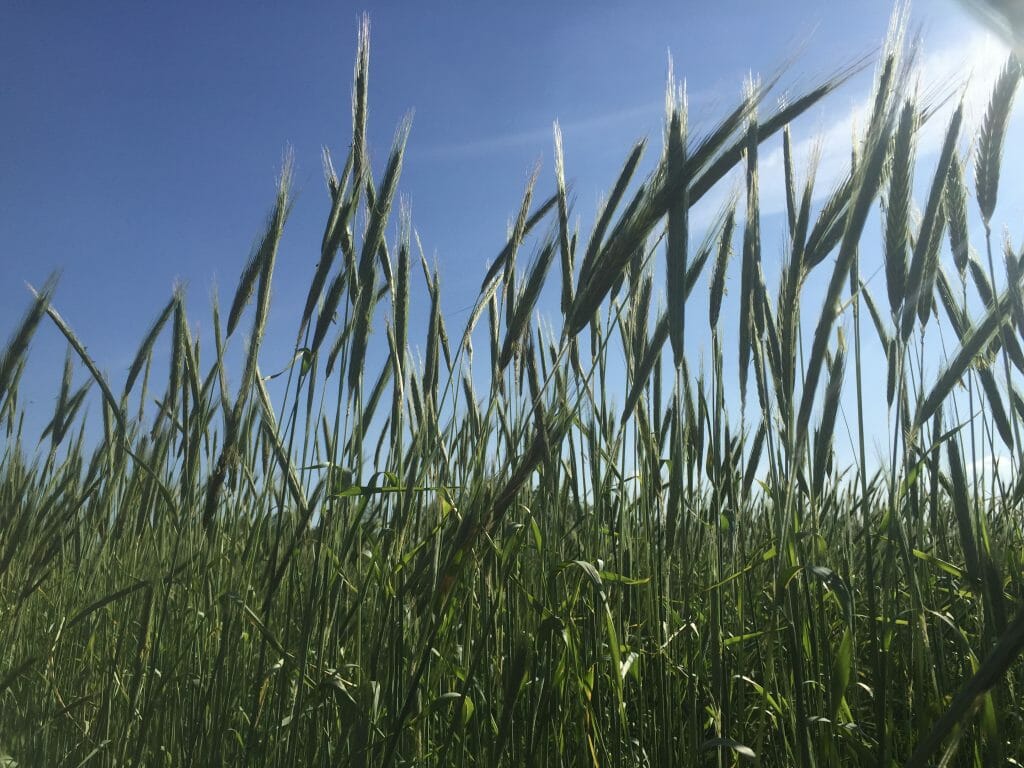 Rye in the rotation can help to break disease and pest cycles common in a corn/soy rotation.

Even if planting rye after soybeans in the rotation, fungicides may be an option. Some farmers use fungicides Caramba and Prosaro during pollen-shedding to protect against scab – though reports are mixed on the efficacy of these applications.

More generally, because rye’s growing season is at a different time than corn and soybeans, it can be a tool for weed control by competing with weeds that typically emerge when corn and soybeans aren’t growing. However, Wade noted that when weeds in rye were an issue, sourcing rye-appropriate herbicide was a challenge. He advises consulting your chemical dealer early on if you plan to apply an herbicide with rye. They also note that some residual herbicides affect emergence and stand in the crop following rye. Read your herbicide labels to understand how the herbicide might affect crops that follow rye, and plan ahead with this resource from University of Missouri.

Sam, Wade and Tim typically harvest rye sometime between mid- and late July, and then seed a leguminous cover crop for their following cover crop. Their yields range from 35 to 50 bushels per acre. Sam estimates he is able to grow rye for about $7/bu compared to $10-$12.50 he would pay to purchase from someone else. When planting many acres of cover crops these savings add up quickly.

Check out an example budget provided by Sam Bennett.

Growing rye seed—a sample budget, on a per acre basis

Sam emphasizes that finding rye seed markets before you plant is the most important step before deciding to grow rye seed. The farmers interviewed mention that providing seeding services alongside the rye seed makes the seed more appealing. You can also list your cover crop seed on PFI’s Cover Crop Business Directory by emailing jason@practicalfarmers.org 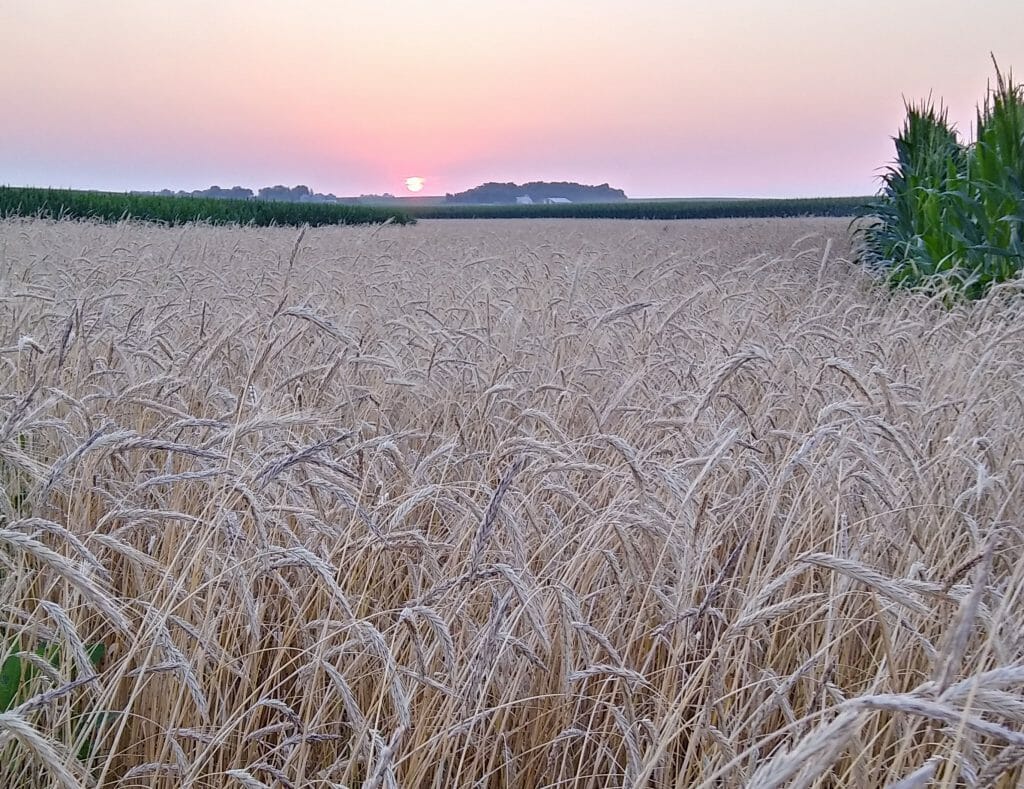 Rye in the Rotation: More Than Just the Bottom Line

While adjusting facets of your rye management can help you successfully raise rye for seed, Sam emphasizes that a farmer hoping to grow rye seed shouldn’t be just looking to make a quick dollar, but should think about how an extended rotation might impact their whole farm operation.

Growing rye seed has challenges: Sam has to create his own market; he deals in small quantities relative to when he brings corn to the elevator; and he has a busy summer.

How Does Seeding Date and Method Affect Cover Crop Performance?