Welcome to the Neighborhood

During our Cooperators’ Meeting in December, my colleague Nick Ohde and I talked about something Nick had been musing on: how PFI is kind of like “Mister Rogers’ Neighborhood,” the classic and groundbreaking children’s program created by Fred Rogers that aired from 1968-2001. The conversation continued into lunch on Friday, where I shared a table with Jeremy Gustafson and Arlyn Kauffman.

I mentioned that what we are trying to create at PFI is akin to what Fred Rogers strove to foster in his show. Jeremy nodded, but Arlyn – who is Amish and didn’t watch Fred Rogers on TV during his childhood like Jeremy, Nick and me – was unfamiliar with “Mister Rogers’ Neighborhood.”

Jeremy described the show to Arlyn: Mr. Rogers enters in song, changes into his house shoes and sweater and directly welcomes you, his neighbor. He takes viewers into his magical world of make-believe, featuring a cast of puppet and human characters, on an iconic miniature red trolley while welcoming visitors each episode and sharing life wisdom. Fred Rogers repeated this pattern 895 times on his show. Why did this show resonate with so many people, and why is it relevant to Practical Farmers today? Community is at the heart of the show’s staying power. Fred Rogers welcomed everyone as his neighbor. He appreciated everyone’s uniqueness and belonging in this world. He encouraged kindness. He fostered creativity and connection. 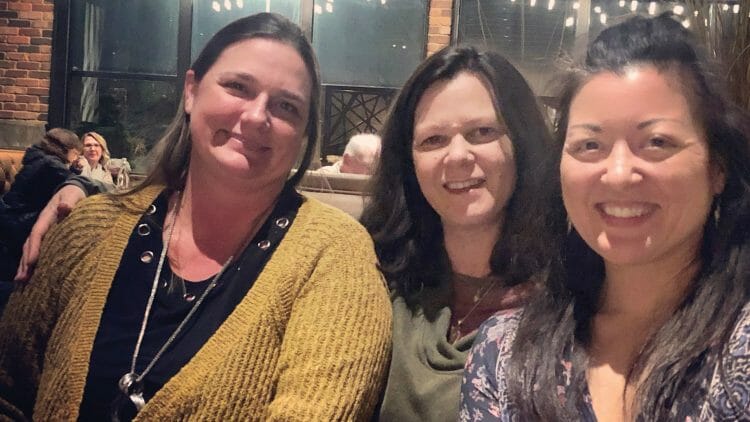 Among Fred’s many enduring quotes, he proferred this wisdom:

I was reminded of this conversation recently when Nick suggested I listen to a podcast about Fred Rogers titled “Welcome to the Neighborhood.” Here is part of host Rick Lee James’ introduction: “We want you to know that no matter where you are coming from, we want this to be a safe place for you. We know that you are coming from all walks of life and we want you to know that you are welcome here. We hope this will be a place for you to feel welcomed and find encouragement, and even friendship with those who believe differently from you. Welcome to the neighborhood. May this be a place of refuge for you.”

This sense of community was felt strongly at our conference in January. Despite the horrendous weather, 745 of you, neighbors, showed up to learn and connect. Community-building was in full force. During the business meeting, PFI president Wendy Johnson said, “PFI began out of difficult and really hard times in the 1980s. Some farmers decided they wanted a different trajectory for their future. More and more farmers felt the same, and 35 years, 4,250 members later, our community is strong and resilient.”

Wendy continued, “As we navigate farming in a changing political landscape, a changing climate, a changing economy where there will be some rough times, remember that we are doing it together. Farming in general is full of variables, ups and downs, and wins and losses. Remember that you always have us, a base of people that believe in you and what you’re doing and whom you can learn from and lean on. We are in this together, weathering this storm figuratively and literally.”

Thanks to each of you for being part of PFI’s neighborhood.

“Imagine what our real neighborhoods would be like if each of us offered, as a matter of course, just one kind word to another person.” – Fred Rogers