Well before Practical Farmers of Iowa’s launch in 1985, PFI’s co-founders Dick and Sharon Thompson were hosting enormous field days on their Boone, Iowa, farm with the Regenerative Agriculture Association (which later became the Rodale Institute).

In an article written for PFI’s 2020-2021 winter issue of the Practical Farmer magazine, I interviewed Sharon Thompson and several of PFI’s earliest board members and members about the beginnings of our now 35-year-old nonprofit. I learned about a 1985 recruitment tour across Iowa, the formation of the board of directors and the organization’s earliest meetings and field days. These earliest PFI supporters gave a lot of credit to Rodale Institute’s The New Farm Magazine for promoting and covering the Thompsons’ first on-farm field days, as well as PFI events following the organization’s creation.

The Nov./Dec. 1984 issue of Rodale’s The New Farm magazine was specifically referenced as playing an important role in showcasing the farming practices the Thompsons promoted, driving interest in them and the later work of Practical Farmers. To supplement my recent article in the Practical Farmer, please enjoy this article from that pivotal issue, written by George DeVault in The New Farm Magazine and reprinted here with permission from Rodale Institute. 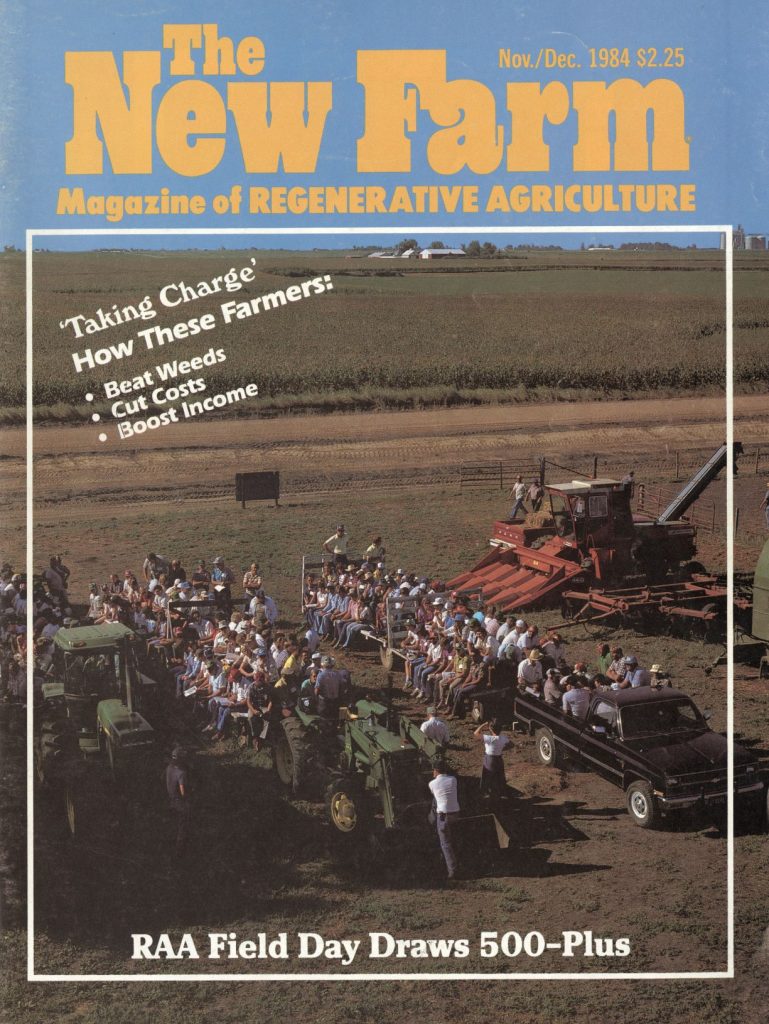