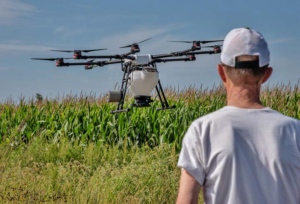 A drone lifts off to seed cover crops into standing corn during Lee Tesdell’s Aug. 23 field day near Slater, Iowa. The drone was operated by Rantizo, and the field day was held in partnership with Polk Soil & Water Conservation District. 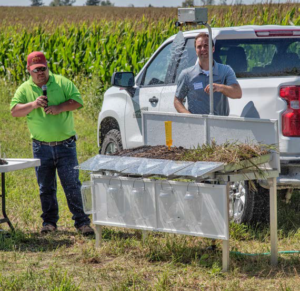 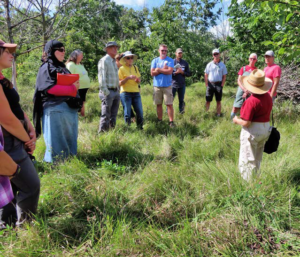 Attendees gather around Kathy Dice to hear about chestnut production during Red Fern Farm’s “Catching Up” event on Sept. 8 near Wapello, Iowa. 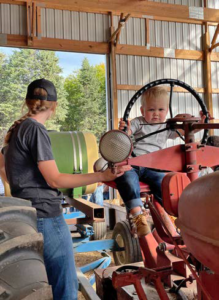 Amanda Severson keeps a hand on her son, Harbor, during their field day on Sept. 29 near Clarion, Iowa. 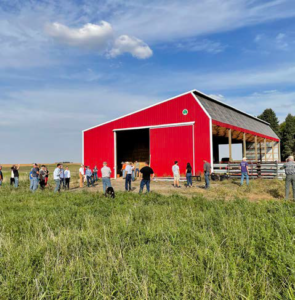 Knute Severson wraps up discussion on Grand View Beef’s new building before leading the group out to the pasture and grass-finished cattle herd. 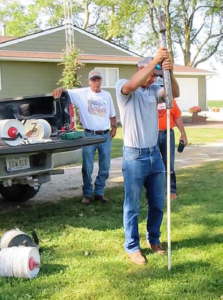 John Burger gives a moveable fence demo during his field day, “Partnering With a Neighboring Cattle Farmer to Graze Cover Crops,” on Aug. 28 near Udell, Iowa. 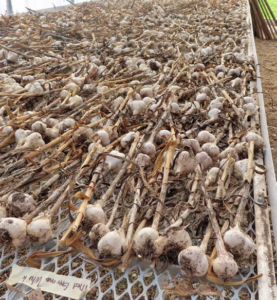 Garlic cures in the high tunnel at The Cornucopia, operated by John and Janna Wesselius near Sioux Center, Iowa. 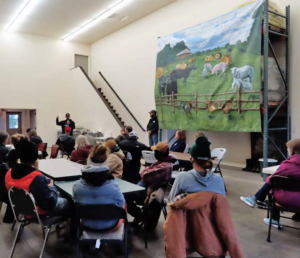 Nick Wallace talks about his meat marketing business prior to dinner during his field day on Oct. 22 near Keystone, Iowa.

After a windy and drizzly day, attendees at Nick Wallace’s field day were greeted by a rainbow as they toured the pastures. 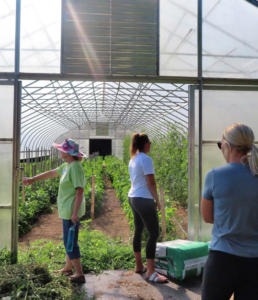 Guests peek inside John and Janna Wesselius’ meticulously tended high tunnel during their “Catching Up” event on Aug. 11 near Sioux Center, Iowa. 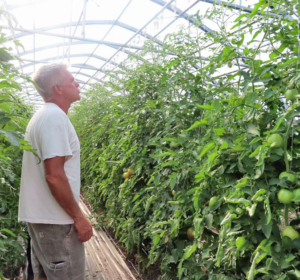 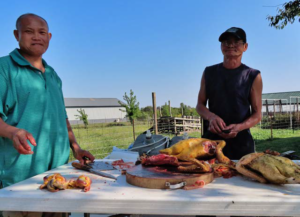 Friends of Air Philavanh prepare Muscovy ducks, which were on the menu at Air’s Sept. 28 field day near Milo, Iowa. Air, who is originally from Laos, also raises goats and vegetables. 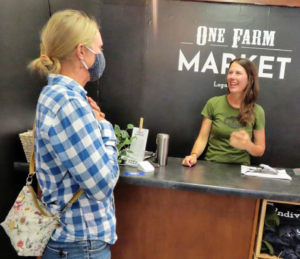 Danelle Myer (green shirt) chats with a field day attendee at her store, One Farm Market, in downtown Logan, Iowa, on Sept. 24. Danelle’s field day was titled “Going to Town: Opening a Local Foods Store for the Farm.” 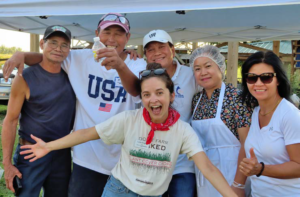 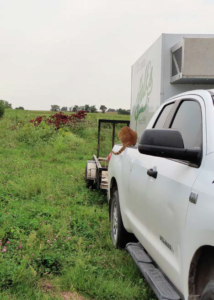 An orange tabby finds a good spot to perch and survey the field at Spring Lake Organic Farm near Red Oak, Iowa. 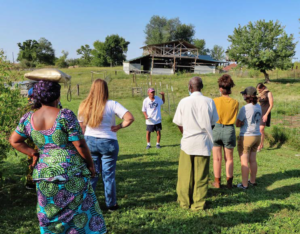 Air leads attendees on a tour of his diverse, 11-acre crop and livestock farm near Milo, Iowa. 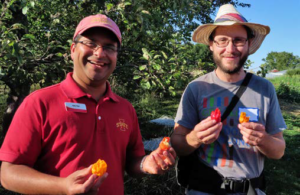 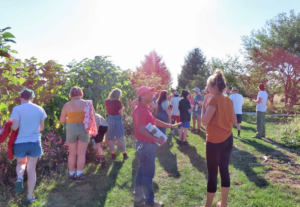 Ajay Nair chats with Carmen Black while attendees mingle along a patch of sunflowers at Scattergood Friends School Farm. 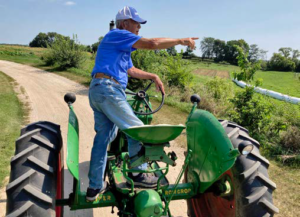 Dean Henry leads a tour of the Berry Patch Farm, near Nevada, Iowa, from his tractor seat on Aug. 17. The “Catching Up” event focused on commercial-scale berry production. 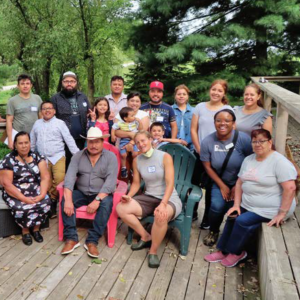 Attendees of Jenny Horner’s “Catching Up” event at Spring Lake Organic Farm pose for a picture on the deck. This event was held bilingually in Spanish and English. 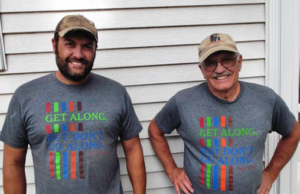 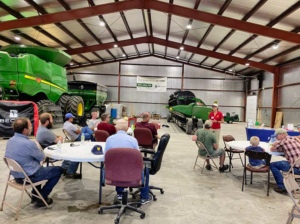 ISU plant pathologist Allison Robertson gives a brief talk on disease management in cover crops during a field day near Correctionville, Iowa, on Aug. 21, hosted by neighbors Nathan Anderson, Roger and John Wilcox and Shane Susie. The group of farmer-hosts discussed their goals for cover crops and ran seeding demonstrations.

Summer on the Farm