Working With Nature to Benefit Farm, Family and Land

John Gilbert is a long-time Practical Farmers of Iowa member who came back to his family farm, Gibralter Farms, near Iowa Falls, Iowa, during the farm crisis of the 1980s. The challenges of that time period forced him to quickly learn how to adapt.

John explains that he and his wife, Beverly, decided to join PFI in its earliest years because they “wanted to find new ways of thinking about conservation,” and “learn more about their role in nature and taking care of the land.” 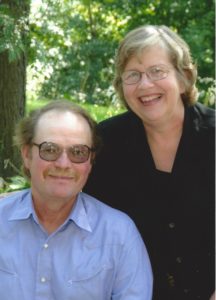 Today, John farms with his son John C. Gilbert, his daughter-in law Sarah and their two daughters. One of John’s five brothers, Greg, and his wife, Barb, are also part of the farm. John’s daughter, Kate, is a food science instructor at Iowa State University, and his other son, James, is a specialist for the National Oceanic and Atmospheric Administration.

The Gilberts’ 770-acre diversified farm is located along South Fork stream, a tributary of the Iowa River, and includes corn, soybeans, oats, hay and pasture employed in diverse rotations, as well as dairy and beef cattle, pasture-farrowed pigs that they sell to Niman Ranch and chickens – along with “a plethora of cats,” as they write on their website, and “an abundance of trees and wildlife.”

They also use a range of conservation strategies, including no-till, rotational grazing, buffer strips, terraces and integration of different habitats to benefit wildlife, water quality and farm diversity.

The Decision to Add a Wetland

One habitat project the Gilberts undertook is the installation of a shallow wetland in an area John says always tended to fill with water and sediment, and had many invasive species like reed canary grass.

“Dad was one of those people who thought raising corn and beans was the best use of the land, but he had never done anything to this area because it wasn’t suitable for farming,” John says. “It was lower than other areas, odd soil. It’s technically swamp ground that had a lot of siltation and doesn’t warm up in the spring.” 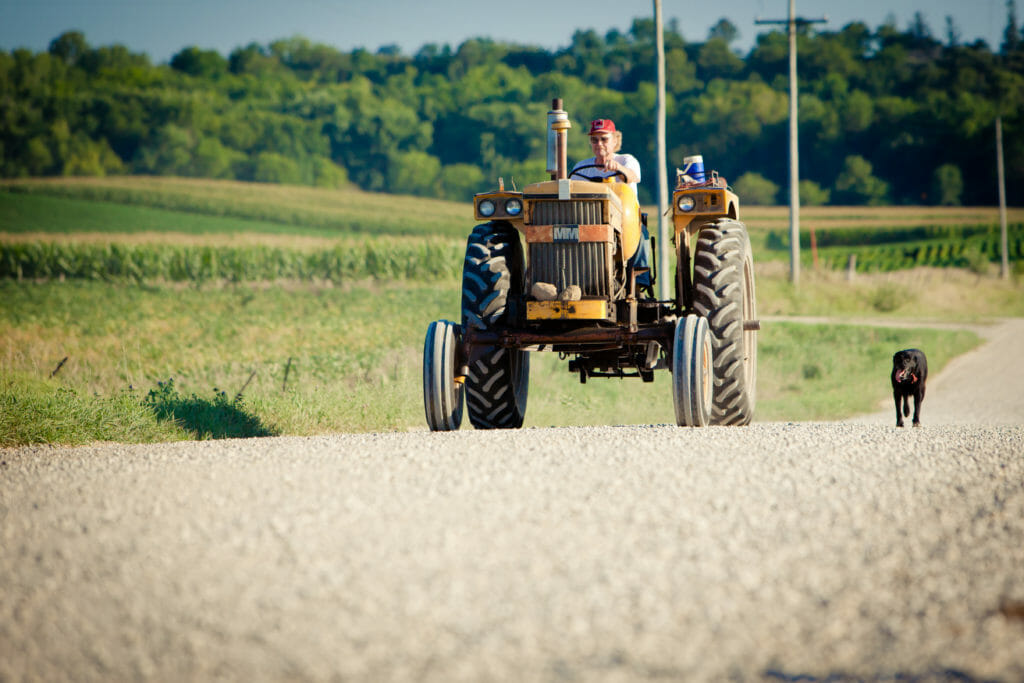 In the fall of 2011, the Gilberts decided to install a three-quarter-acre wetland in that area. They were motivated, in part, by the issues they were having there, but John says the primary reason was because they thought it was a valuable thing to do. “We were trying to return it back to its original condition,” John says.

Since adding the wetland, the family has seen an abundance of wildlife and other plants return, like waterfowl and marsh marigolds. “There are lots of native flowers and pollinator habitat, and we haven’t done any work for that,” Johns says. “It has all come in naturally because of the wetland.”

To finance the wetland, John and Beverly tapped into funds through the federal Conservation Stewardship Program. “The wetland was part of a CSP enhancement,” John explains.

On another part of the farm, the Gilberts raise about 18-20 acres of oats and other small grains for cover crops and feed. Adding more conservation practices like this create habitat for wildlife like pheasants while helping to diversify their farm.

A Commitment to Resilient Farms

The Gilbert family has been widely recognized for their commitment to land stewardship, conservation and efforts to support independent, diversified farms. Among many honors the family has received, John and Beverly were recipients of Practical Farmers of Iowa’s Sustainable Agriculture Achievement Award in 2017.

The annual award recognizes an individual or couple who has shown exemplary commitment to sustainable farming, generously shared their knowledge with others and been influential in efforts to foster vibrant communities, diverse farms and healthy food. 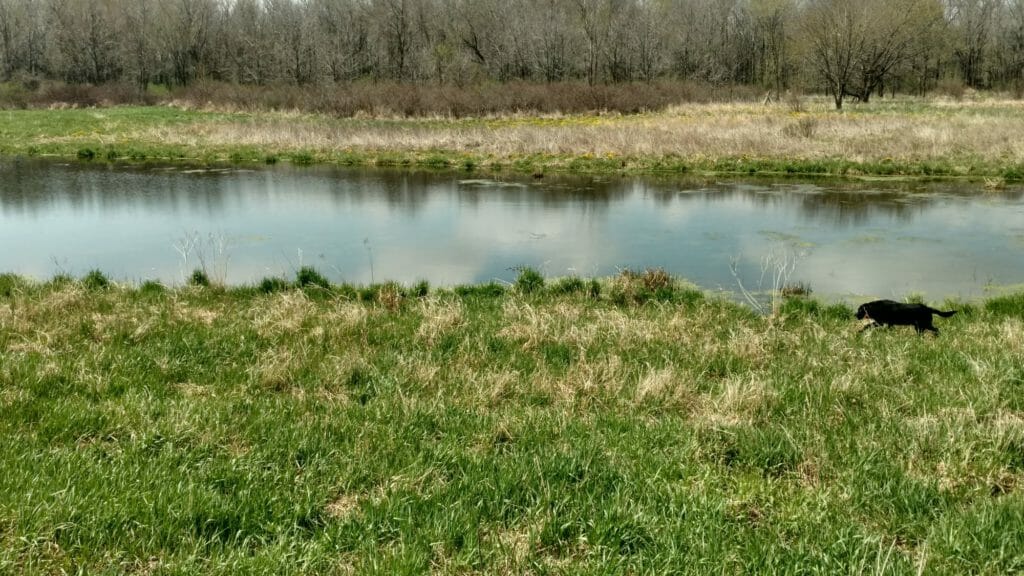 In his acceptance speech after receiving the award, John commented: “From our partnership with nature, we gain an understanding of our role in the cycle of life. We’re kept humble, and constantly reminded our sense of dignity depends on having respect and compassion for all life.”

Beverly shared similar thoughts about the value of diversity and the legacy of the land in her remarks after accepting the award: “Every time I walk outdoors, I see my husband’s seven-year rotation out in front of me and all the different colors of the different crops, and I go maybe, just maybe, we got something right.

“And most of all, this farm has raised three children who have grown up to be really responsible adults. They have two master’s degrees and a doctorate. I never dreamed that a dairy farm in Hardin County could ever do that, and part of it was the perseverance and work ethic that this farm put forth.”

In 2017, John also received Niman Ranch’s Farmer of the Year award. In November 2021, Gibralter Farms was named Niman Ranch Sustainable Farm of the Year. Speaking in a video about receiving this award, John said, “We adopted a lot of these practices because they met the goals we had on our farm.”

John currently serves on Iowa Farmers Union’s board of directors. He is also a long-serving board member of the South Fork Watershed Alliance, and he partners with organizations like Niman Ranch and Practical Farmers of Iowa to keep the family farm sustainable, resourceful and adapting to new practices that can diversify the landscape for people, animals and nature.

John says, “It is a lot more efficient to work with nature then it is to try and control nature.”