Cucurbit crops like melons, squash and cucumbers require the services of insects for pollination and fruit-set. Providing flowering resources for pollinators (beyond the flowering cash crop) could improve pollinator abundance and success of the cash crop.[1] Rob Faux and Mark Quee hypothesized that they could improve overall production of cucurbits (Faux: cucumbers; Quee: melons) by planting adjacent rows of flowers. For a comparison, they planted a non-flowering cover crop (annual ryegrass) in the adjacent rows of other plots. Unfortunately, Faux was not able to complete the trial because a frost on May 29 decimated his newly planted cucumber crop. In addition to testing the effect of nearby flowers, Quee also compared two melon varieties: Hannah’s Choice and Sensation. 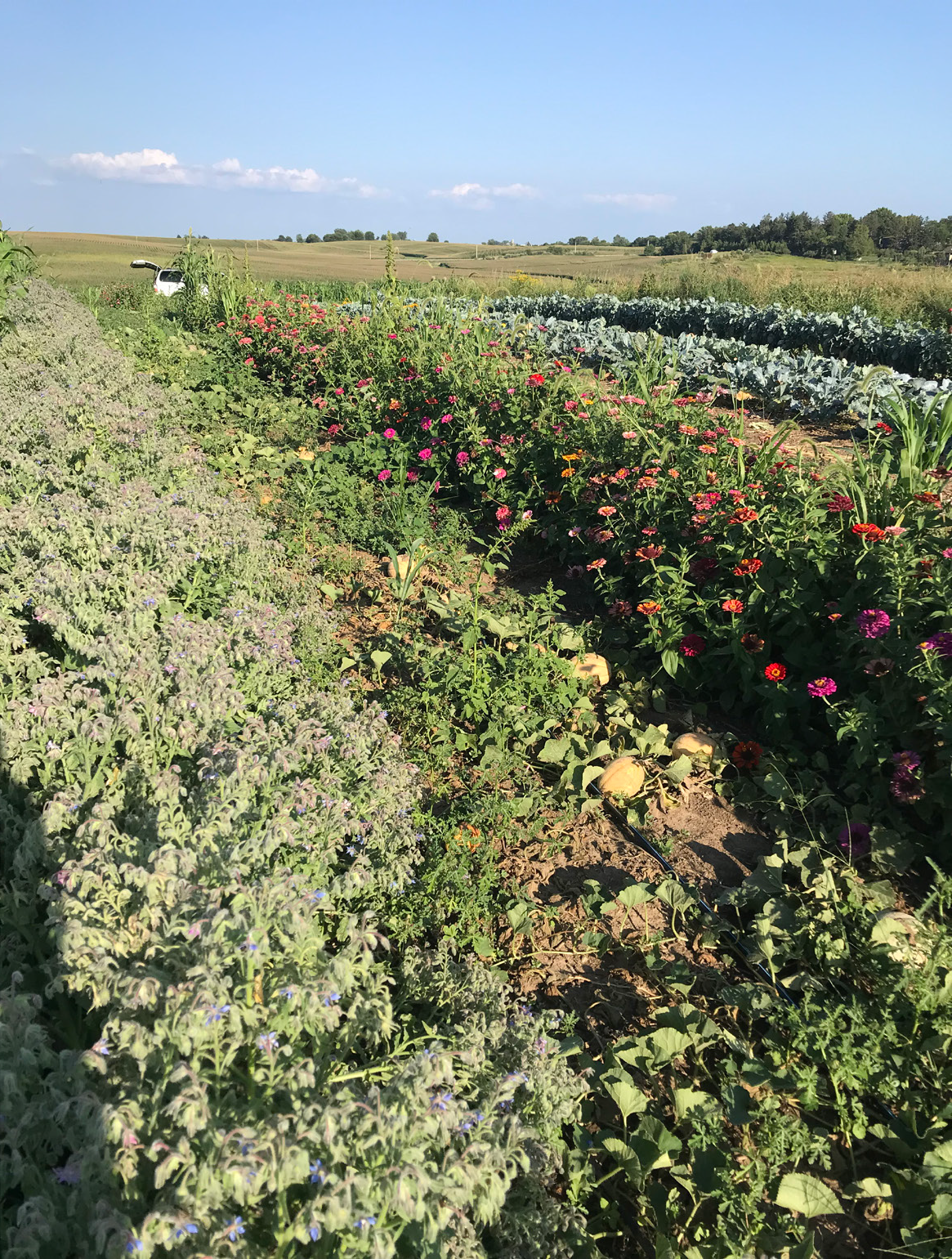 Quee tested the effects of melon variety and adjacent flowering/non-flowering plants on melon yield. His experimental design is outlined in Figure A1.

Quee harvested melons through the growing season and documented pounds harvested per plot. Cumulative yield of each plot was used for analysis.

To evaluate the effects of variety and adjacent plants on melon yield at Quee’s, we used t-tests to compute least significant differences (LSDs) at the 95% confidence level. The difference between each treatment is compared with the LSD. Differences greater than or equal to the corresponding LSD indicate the presence of a statistically significant treatment effect, meaning one treatment or treatment combination outperformed the other and that cooperator can expect the same results to occur 95 out of 100 times under the same conditions. Differences smaller than the LSD indicate a difference is not statistically significant and the treatment or treatment combination had no effect for a given measurement. 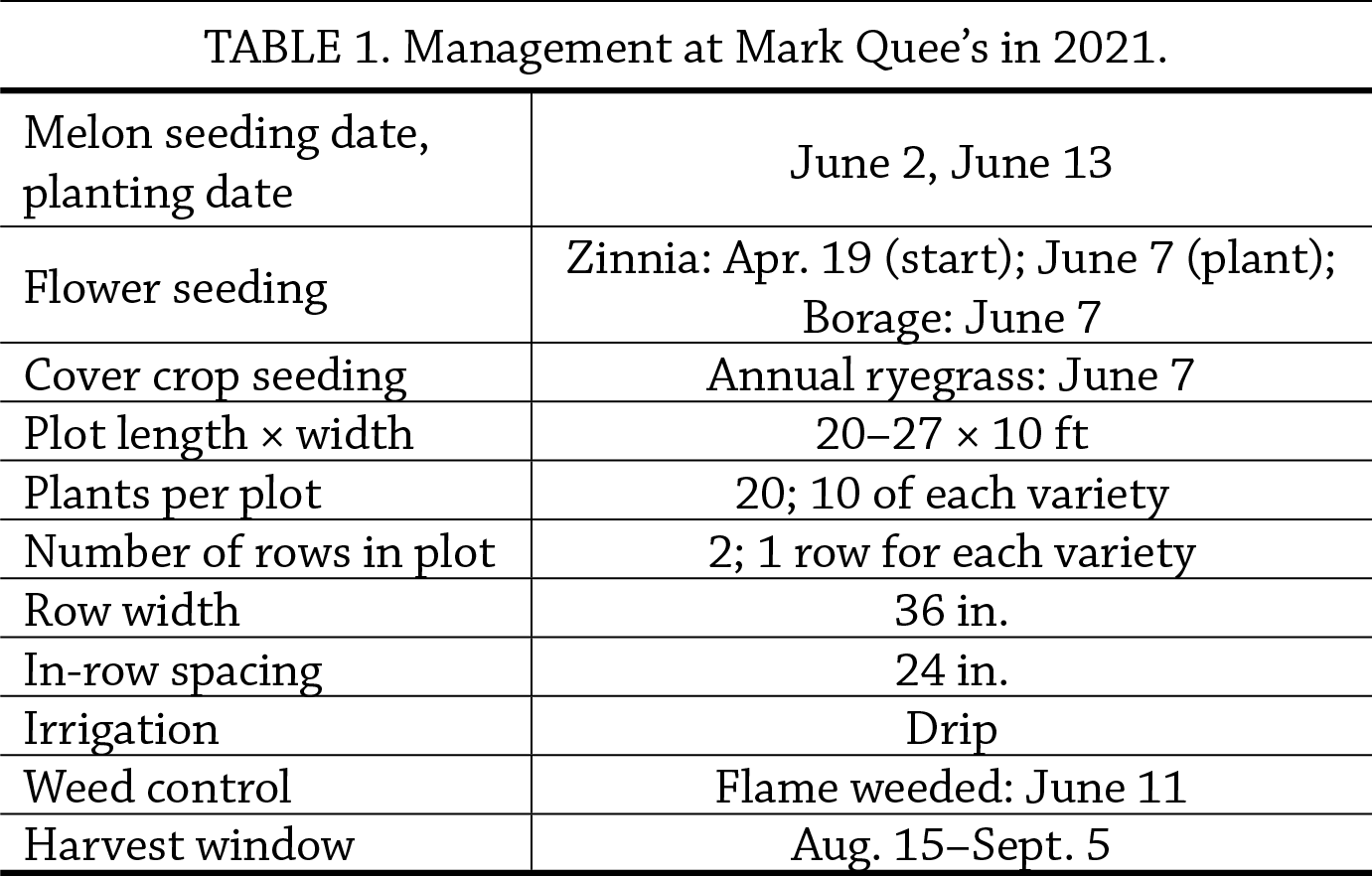 At Quee’s, melon yield was affected by variety but not by the flowering or non-flowering plants in the adjacent rows (Figure 1). Quee said of the lack of effect of the plants in the adjacent rows was probably due to the fact that the intended non-flowering borders did not exactly stay true to their name: “Even though there weren’t zinnias and borage by the control plots, there were quite a few flowering weeds nearby, most notably purslane. In our system I really can’t keep any significant area flower-free during the duration of a melon season.” Quee added that it is virtually impossible to create a “bloom-free” zone because they have so many flowers and pollinator habitat areas all over the farm. 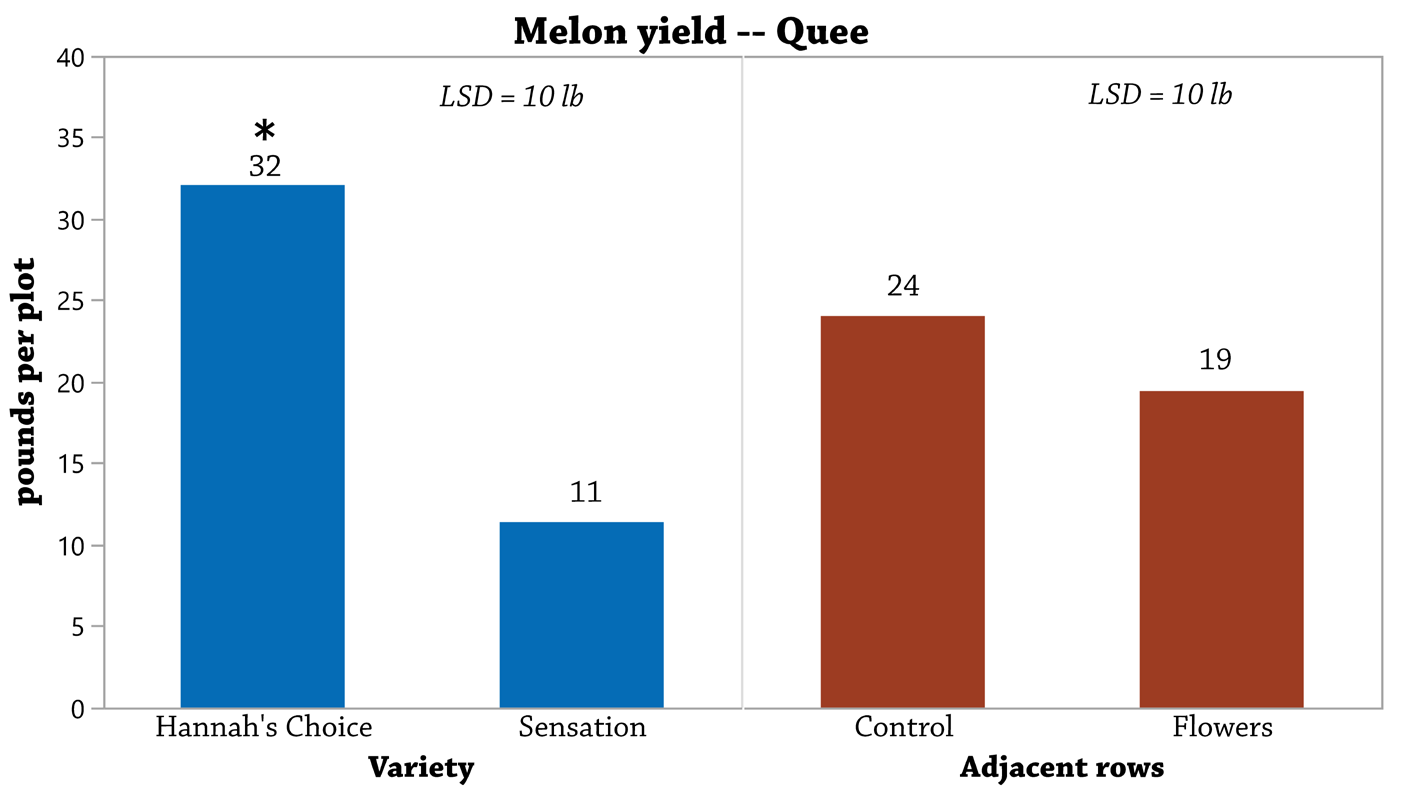 FIGURE 1. Melon yield at Mark Quee’s as affected by variety and adjacent plants in 2021. The asterisk (*) indicates a statistically significant effect of variety at the 95% confidence level; the arithmetic difference between the variety means (21 lb) was greater than the least significant difference (LSD=10 lb).

Though variety turned out to be the driver behind melon yield differences, Quee noted some important observations when it came to managing flowering (non-commercial) plants on the farm. “I’d never grown borage before (it’s such a robust plant), so getting some experience with that was important,” Quee said. “I’ll look for other ways to incorporate it into our crop system.” Because of this ex-perience Quee thinks that in the future he will be better at timing flowers across cash crops and pollinator crops. “The most valuable aspect of conducting this trial was the planning involved in trying to synchronize bloom times.”

FIGURE A1. Experimental design used Mark Quee, which included randomized replications of the flowers and melon varieties. This design allowed for statistical analysis of the results. 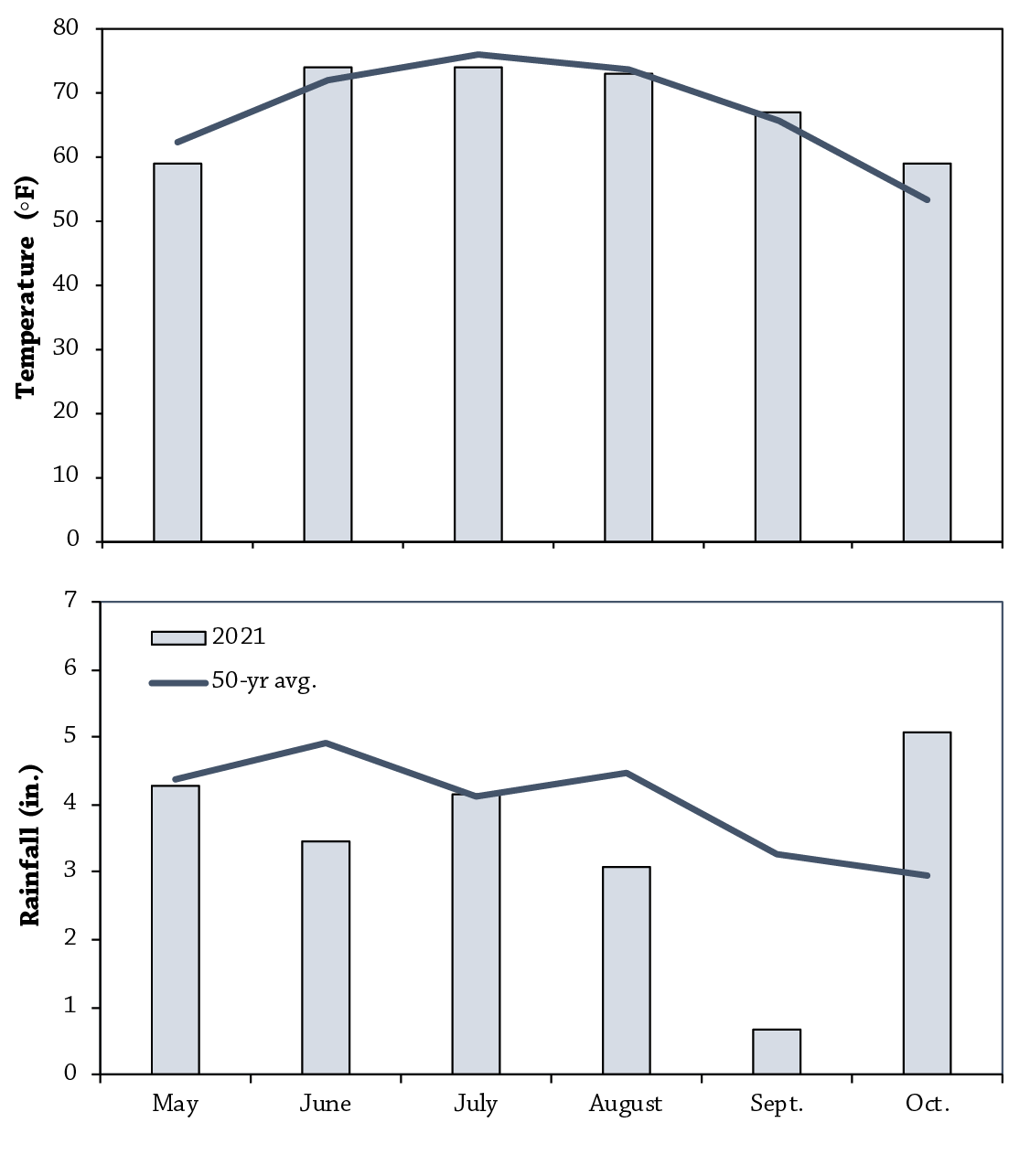 FIGURE A2. Mean monthly temperature and rainfall for 2021 and the long-term averages at Iowa City, the nearest weather station to Quee’s farm.[2]

Mysteries Revealed: Organic Seed Production and How Growers Can Play a Part

One Farmer's Journey to Increase Monarchs and Pollinators on Farmland