One Farmer’s Journey to Increase Monarchs and Pollinators on Farmland

Farmers and landowners can help to increase the monarch population and other pollinators by planting native milkweed and other nectar plants.

There are many benefits to adding these plant species to a farming landscape, including improving soil health and water quality, attracting pollinators, creating habitat for natural predators of crop pests and increasing wildlife diversity.

How the Journey Began 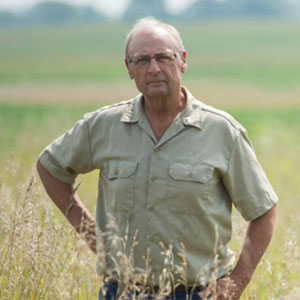 Have you ever had a piece of media – a book, a movie or a presentation – completely change the way you look at one aspect of your life? This was the case for Wayne Fredericks when he attended a presentation given to the Iowa Soybean Association Board in January of 2014 by Ag Solver. This presentation was about specific zones on farms that have little to no profitability on a long term basis.

Wayne, inspired, went back to his farm and in February of 2014 conducted a Profit Zone Manager study of his farms. These zones met the criteria given in the presentation: difficult to farm because of size or shape, could increase the profitability of the farm if retired and so on. Wayne’s pollinator journey truly began when he began deciding what to do with these zones if they were taken out of production. 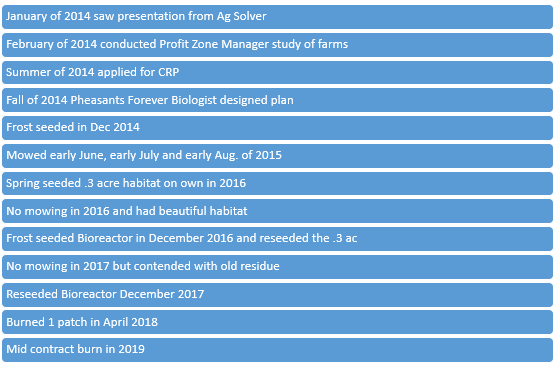 During this time period the administration and many governmental agencies were all hands on deck about the importance of pollinators and especially the monarch because they were at risk of becoming endangered. Agencies especially were trying to increase the number of acres of pollinator habitat on the ground. This drive resulted in the Pollinator Habitat Initiative through the Conservation Reserve Program (CRP); this initiative offered many financial benefits, including ten years of annual rental payments and cost share payments for habitat establishment.

Wayne, already a firm believer in conservation techniques, decided to apply for the CRP program in the summer of 2014. In the Fall of 2014 there was great collaboration between NRCS and Pheasants Forever to design Wayne’s plan. They sat down with Wayne and decided on seed mixes and the best way to implement the plan for the five plots of marginal land Wayne decided to retire from production. He then frost-seeded the seed mixes for the pollinator habitat in the Winter of 2014. 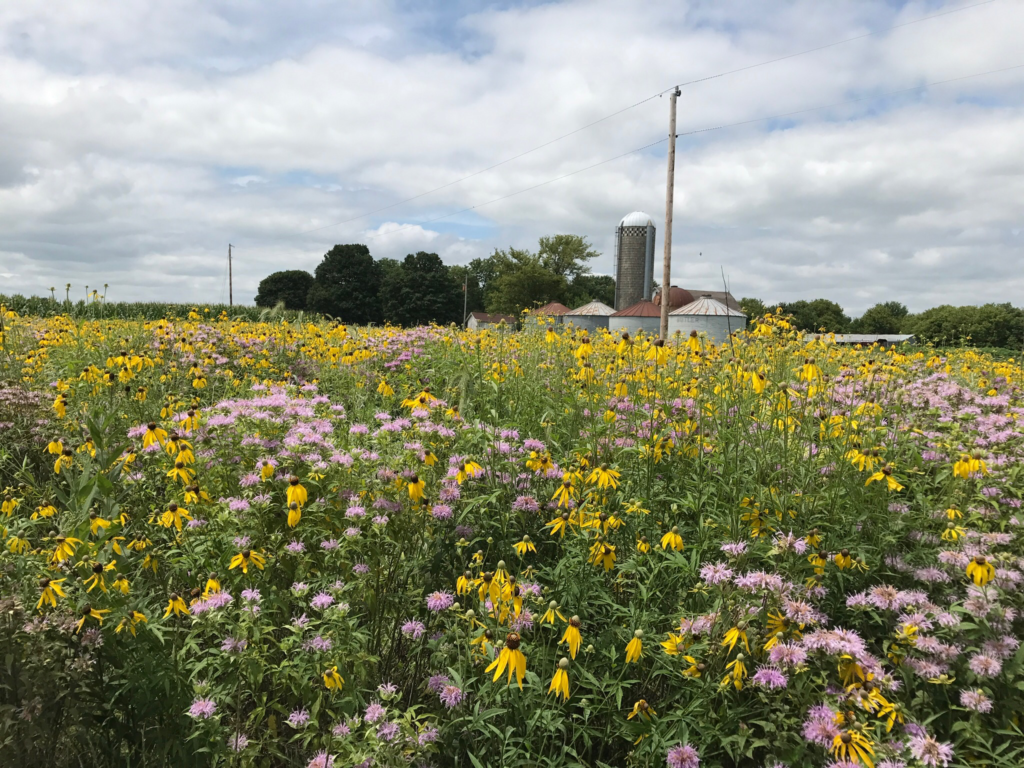 Year three after seeding pollinator mix. In the picture is a field of yellow and purple flowers with species of plants that provide habitat for pollinators. In the distance you can see multiple buildings on the farmstead and the tree line. Photo courtesy of Wayne Fredericks.

How Monarch Collaborative Fits in

In 2015, Wayne joined the American Soybean Association board and was asked to sit on the Monarch Collaborative. The Collaborative is a national effort that includes all types of farm and conservation organizations, including FMC Corporation, USDA, U.S. Fish and Wildlife Service, Iowa State University, Monarch Joint Venture and more, creating a diverse group with a broad background. The main focus of the Collaborative is the successful establishment of habitat in agricultural land. According to Wayne, “we [the Monarch Collaborative] realize we may lose some larvae and insects due to pesticide spray, but any and all acres we can restore to habitat is better than not doing anything.” This is especially true because Iowa is in the monarch’s migration pathway from Canada to Mexico.

The main current challenges that the Monarch Collaborative is facing today are high prices for grain and the higher expense to do prairie restoration, making it harder to establish habitat than in prior years. Wayne would like to see less mowing of the area next to the roads as farmers could use the opportunity to reintroduce natives. This would not only create great habitat for pollinators, especially for monarchs if there is milkweed present, but would save people time and money as a result of reduced mowing needs. Wayne thinks a good compromise is mowing the six feet closest to the crop and the six feet closest to the road, and leaving the space in-between as is. 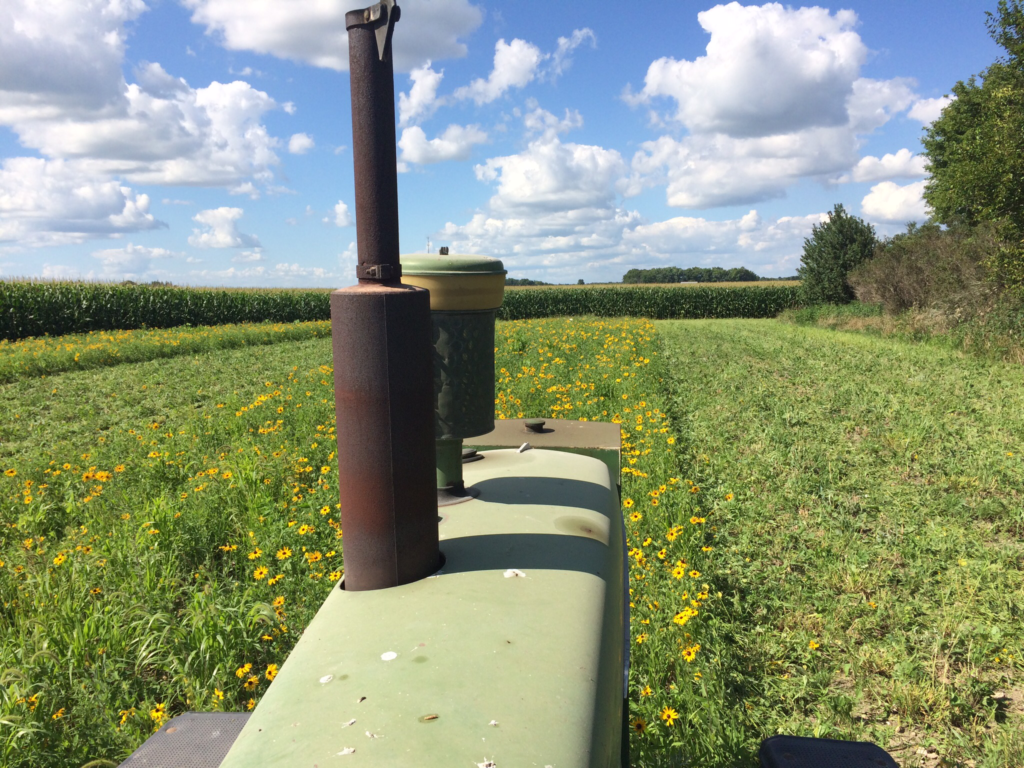 “In Illinois they have to mow their border at least 3 times a year as a part of their leases-roadside that are mowed like a lawn look like a desert to a monarch.” – Wayne Fredericks.

Wayne Fredericks’ number one piece of advice to other farmers thinking about installing pollinator and monarch habitat is to visit the Farmers for Monarchs website from the Monarch Collaborative. This is a site that farmers can go to that has any and all information about monarchs. There is a nationwide part of the website, and you can also narrow down your search by state. The website does a great job at giving an overview and the challenges of the monarch. He also encourages anyone wanting to create more habitat to reach out to Monarch Collaborative or other groups as he wants people to be successful at making those changes.