Cereal rye has recently gained attention as a winter cover crop in corn-soybean production systems. Seeded in the fall, cereal rye will grow before going into winter dormancy and resume growth early the following spring. Because cereal rye is harvested for grain in mid- to late July, field management options for the remainder of the season are numerous. These include establishment of a perennial forage or summer cover crop, as well as an opportunity for mid-season manure application. In 2019, the average cereal rye yield for Minnesota was 39 bu/ac and for Wisconsin was 34 bu/ac, according to the USDA-National Agricultural Statistics Service (no such recent data is available for Iowa). Recent cereal rye variety trials conducted by the University of Minnesota, however, reported an average yield of 77 bu/ac.[1] 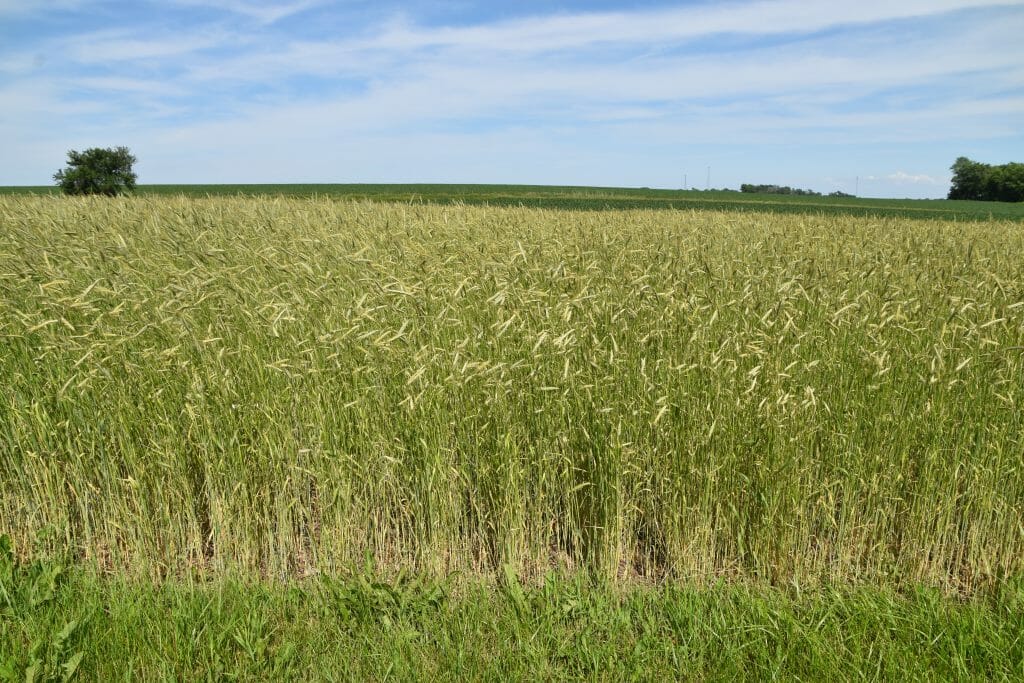 Variety trials were conducted at three locations in 2019: ISU Northern Research Farm in Kanawha; ISU Northeast Research Farm in Nashua; Wendy Johnson’s farm in Charles City. Production characteristics and some breeding history about each of the trialed varieties can be found in Table 1. Information on winter hardiness, days to heading, plant height and ergot susceptibility was sourced from the University of Minnesota.[1]

Rye management information is provided with the results from each location. No herbicide, insecticide or fungicide were applied at any location. Data were analyzed using JMP Pro 13 (SAS Institute Inc., Cary, NC). Statistical significance is determined at P ≤ 0.05 level and means separations are reported using Tukey’s least significant difference (LSD).

Data were analyzed by location and varieties are listed in order of 2019 yield performance.  Reported yields are corrected for 13% moisture. A “percentage of test average” calculation for 2019 is included to aid in comparing among entries at each location. Rainfall and temperature data were either provided from the farm manager or accessed from the nearest weather station.[2] 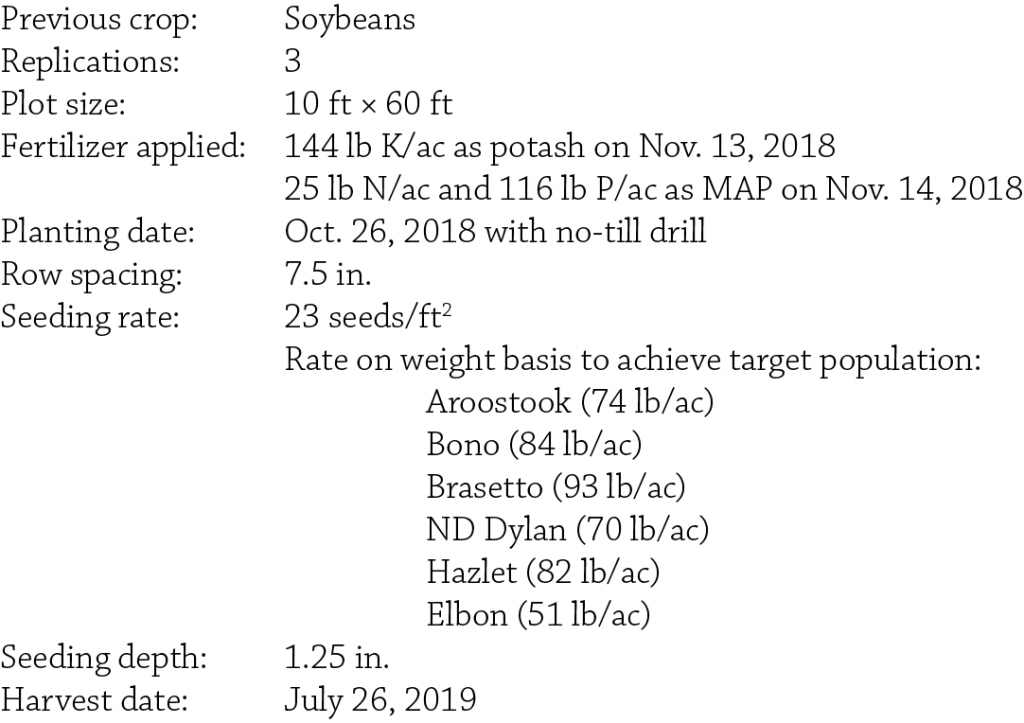 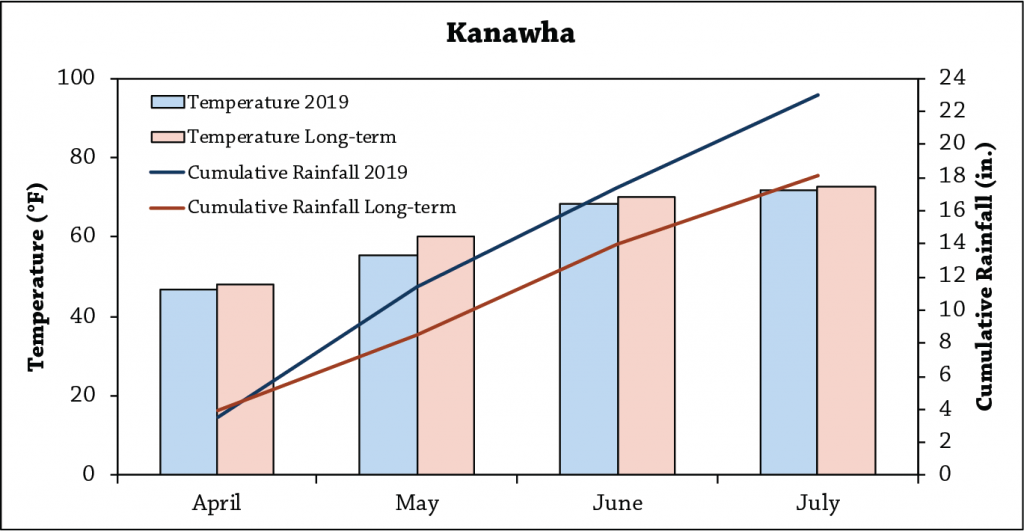 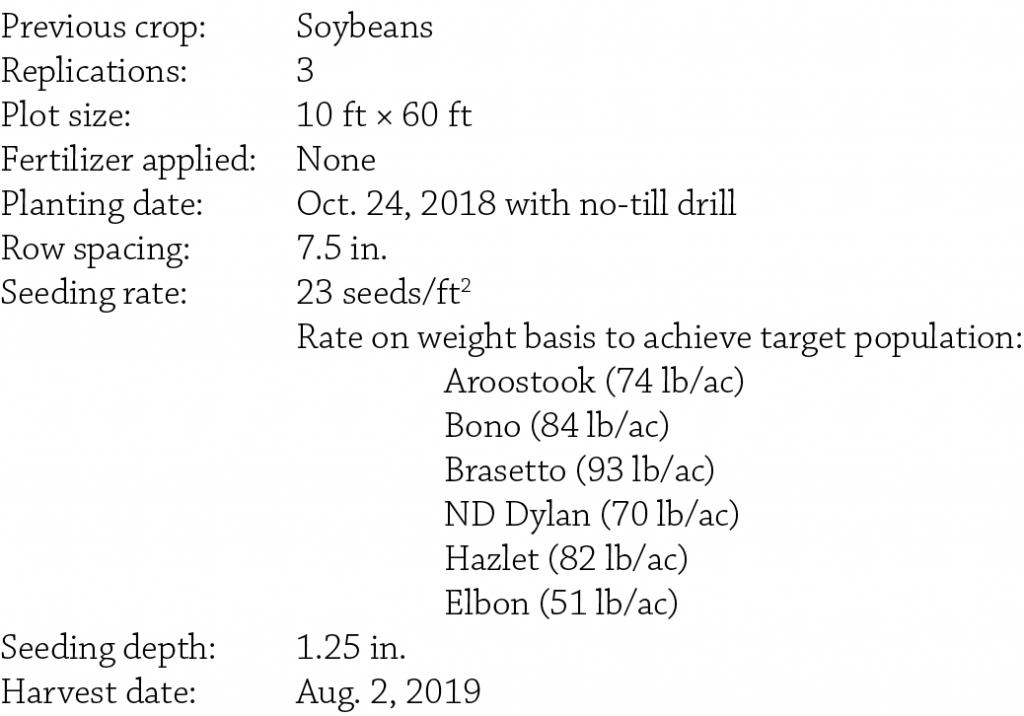 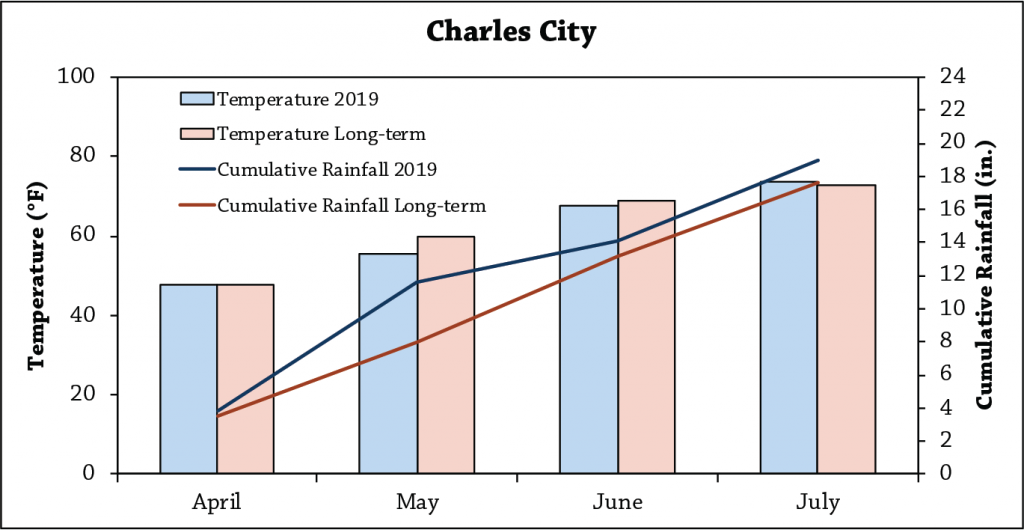 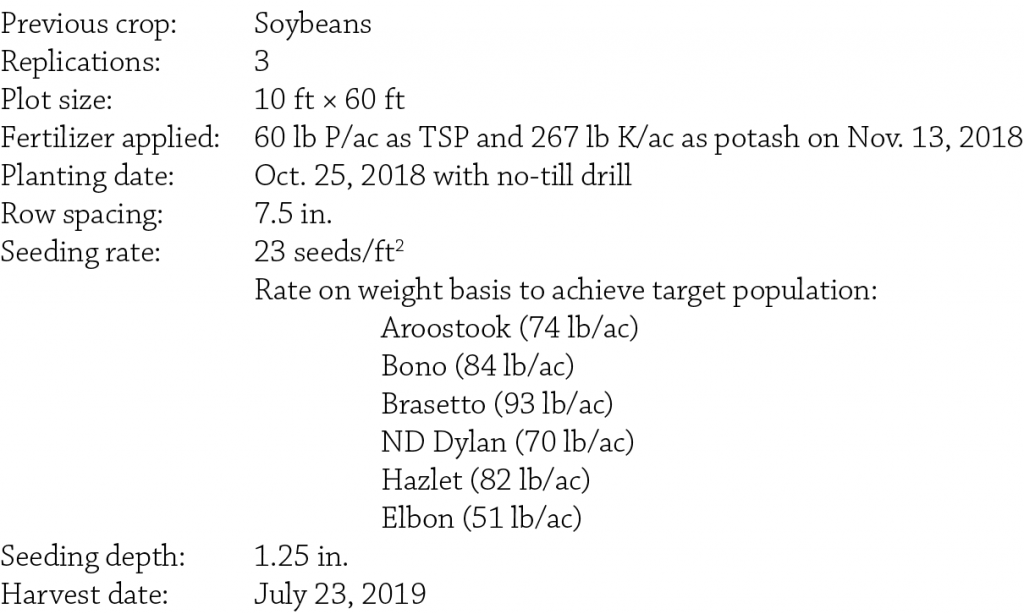 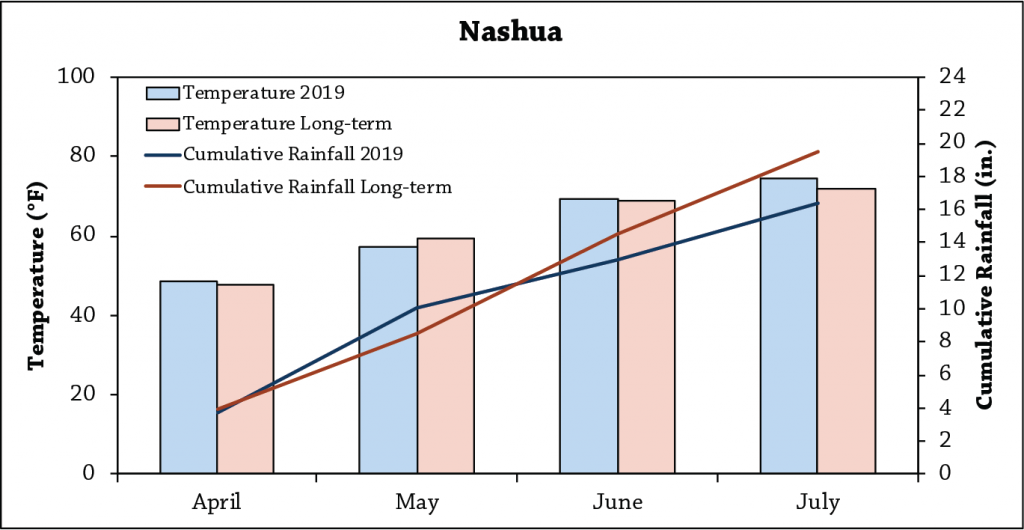 Desired cereal rye characteristics vary depending on intended purpose of the crop. For instance, if harvesting grain for livestock feed was the main priority in planting cereal rye, high-yielding hybrid varieties such as Bono and Brasetto might be optimal choices. If the intended purpose is haylage, the varieties ND Dylan or Aroostook, with their tall plant height, might be preferable to the shorter hybrids. In contrast, if someone were growing a cereal rye crop for cover crop seed to be used on their own farm, they would avoid hybrid varieties and seek high yield with little lodging. Farmers intending to sell cereal rye seed for cover crops to be sold off their farm need to be familiar with intellectual property considerations and the licensing process for those varieties with plant variety protection.

With the compiled information on plant protection status, winter hardiness, days to heading, plant height, and ergot susceptibility, alongside the researched characteristics of yield, test weight, plant height, and percent lodging, a farmer in Iowa can determine which cereal rye variety will best meet their production goals.