This project was funded by Ceres Trust.

Structured observation of nectar resources (flowers) on one PFI farm reveals patterns of flower abundance and diversity that could influence farm management decisions to benefit pollinators.

The objective of this project was to identify and analyze existing nectar resources (flowers) on areas of the Johnson County Historic Poor Farm where the Iowa Valley RC&D rents land to operate its Grow: Johnson County program. Jake Kundert, with assistance from other Grow: Johnson County staff, performed flower surveys at regular intervals throughout the growing season from May through October. The primary objective was to identify geographic and temporal trends in flower abundance and diversity that could inform future farm management decisions. A secondary objective was to groundtruth a semi-standardized approach to assessing on-farm nectar resources.

What did they do?

This project revolved around structured, regular visual observation of nectar resources (i.e., flowers) across the farm from May – October. As a first step, the farm was divided up into several observation zone (Figure 1) and standardized observation points within each zone were determined. These zones were irregular in size and shape but were designed to be internally homogenous; each zone corresponded to a functional area of the farm that could be reliably surveyed as a singular block.

“It was fun to watch the seasonal shifts in pollinator habitat – it’s surprising how quickly it shifts from just a few flowers to an entire field full of them.” – Jake Kundert 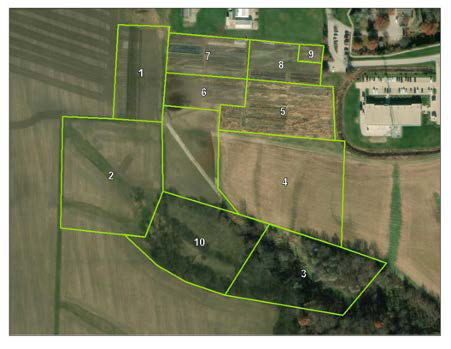 Kundert and staff conducted surveys roughly every two weeks, and he recorded observations from the same standardized observation points within each zone. Information collected included approximations of flower abundance (percent of blooms present in relation to total ground cover) and flower diversity (number of unique flower species, number of different colors of flowers).

For easy temporal and spatial comparison, the information collected was condensed into an indexed “combined score” that captured both diversity and abundance into a single number that allowed for immediate and direct comparison amongst zones and across time. Geographic Information Systems (GIS) software was used to visualize and analyze results.

“I found the simple act of monitoring the farm’s pollinator resources on a regular basis to be gratifying and grounding. It’s something that I will continue to do if for no other reason than appreciating the farm landscape.” – Jake Kundert

What did they learn?

An analysis of data collected revealed several trends with implications for farm decision making to benefit pollinators. First, early season resources (early May) were lacking on the farm; one potential remedy that Kundert and the Grow: Johnson County staff are considering is a hedgerow or native shrub planting to provide early season flower resources. This project also revealed the importance that plants like dandelions (Taraxacum spp.) and clovers (Trifolium spp.), typically located in field roads, have in providing early-season nectar resources for pollinators. Farm managers could consider intentionally seeding clover into the lanes or mowing less frequently and/or at higher deck heights to preserve more of these blooms longer into the season.

Figure 2 illustrates that nectar resources peaked in July before declining in August. This swift change in nectar resources could be addressed through the additional use of annuals or by intentionally planting native perennials that have a late-season bloom phenology. Anecdotal observations indicate the vast majority of these late-season resources were from plants like goldenrod (Solidago spp.), indicating that more diversity in late-blooming native forbs might be beneficial for pollinators. 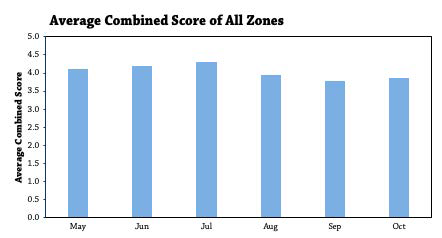 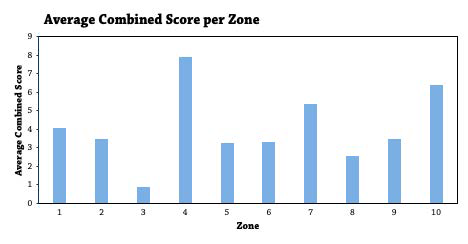 Through the course of this project, Practical Farmers and its Cooperators have developed a protocol and approach to surveying and analyzing nectar resources on farms that could prove useful for other farmers to replicate on their own farms. In addition, the Grow: Johnson County farm managers were able to empirically identify trends and patterns in pollinator habitat on the farm and, as a result, are considering a variety of actions based on what they’ve learned. Future projects could look to test the effects and/or measure the impacts of these alternative management actions using a more experimental approach, preferably with replication across multiple farms.

Future survey projects could focus in on the interplay between native perennials planted specifically for habitat, annual weeds, crop flowers, and planted annuals in providing pollinators with the habitat they need to survive and thrive. This project did not delve into that level of detail, except through the occasional anecdotal observation, but Kundert indicated that such information would be beneficial for future farm decision making. Future surveys could also take into account proximity to crops in order to capture the potential effectiveness (or lack thereof) of habitat in promoting ecosystem service benefits like pollination.

It really surprised me that all those dandelions we have growing in our field roads made up an important nectar resource on our farm, especially early in the season.” – Jake Kundert 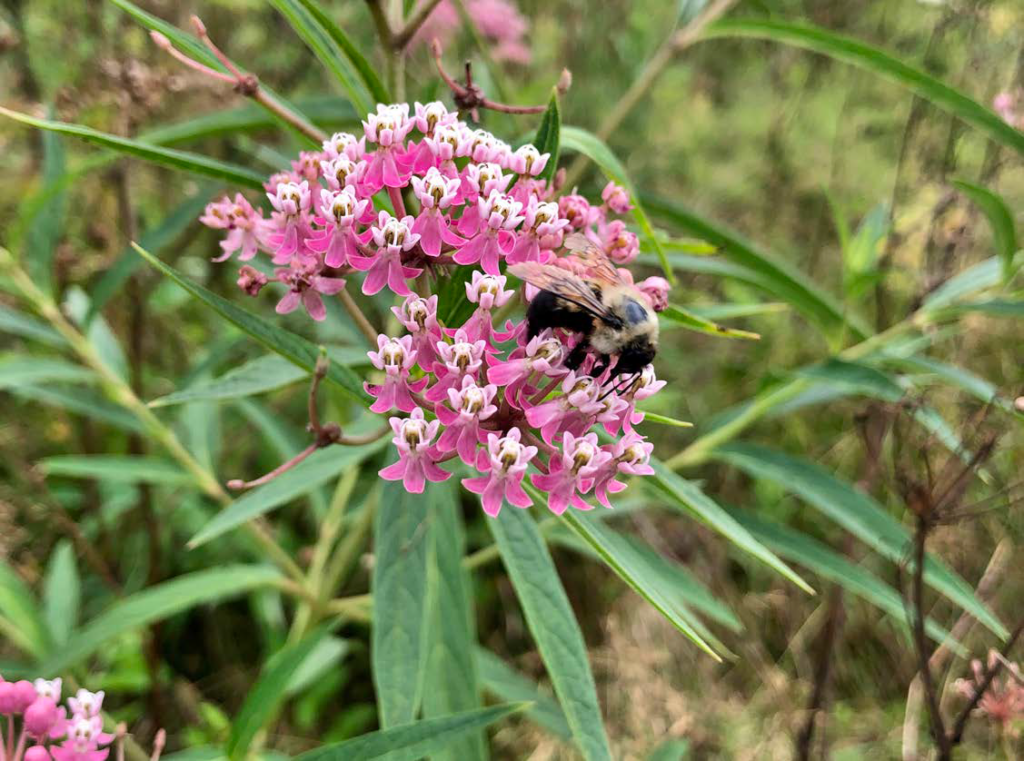 Pollinators & Climate Change: Making an Impact on the Farm