Expanding a corn-soybean crop rotation to include a small grain such as rye or wheat after soybean creates opportunities to seed a nitrogen-fixing green manure between the small grain and corn crops. Through conducting previous PFI on-farm trials, Wade Dooley and Dick Sloan found that interseeding clover-containing green manure mixes to an established cereal rye grain crop translated to greater corn yields the subsequent year compared to seeding cloverless mixes after cereal rye grain harvest.[1,2] Ever-interested in improving his system, Sloan was curious to determine how two different clover mixes – one that overwinters and one that winterkills – would compare when interseeded to an established winter small grain crop.

The objective of this trial was to compare corn yield and profitability between two treatments:

Sloan hypothesized the winterkill clover mix would perform equally well while saving the cost of a burndown pass. He commented, “I’ve played around with several summer mixes and had variable results, but it’s hard to beat the medium red and alsike blend drilled in April into established winter small grains. The berseem and crimson clovers are not supposed to overwinter, so it’s an experiment. I want to determine the most profitable and sustainable system for my farm.”

Sloan established treatment strips on April 15, 2019, by interseeding a 60/40 blend of red and alsike clovers at a rate of 7.2 lb/ac. The following day, Sloan interseeded a 50/50 blend of crimson and berseem clovers into neighboring strips at a rate of 14 lb/ac. Both blends were drilled in 7.5-in. rows with skip zones on 30-in. centers. 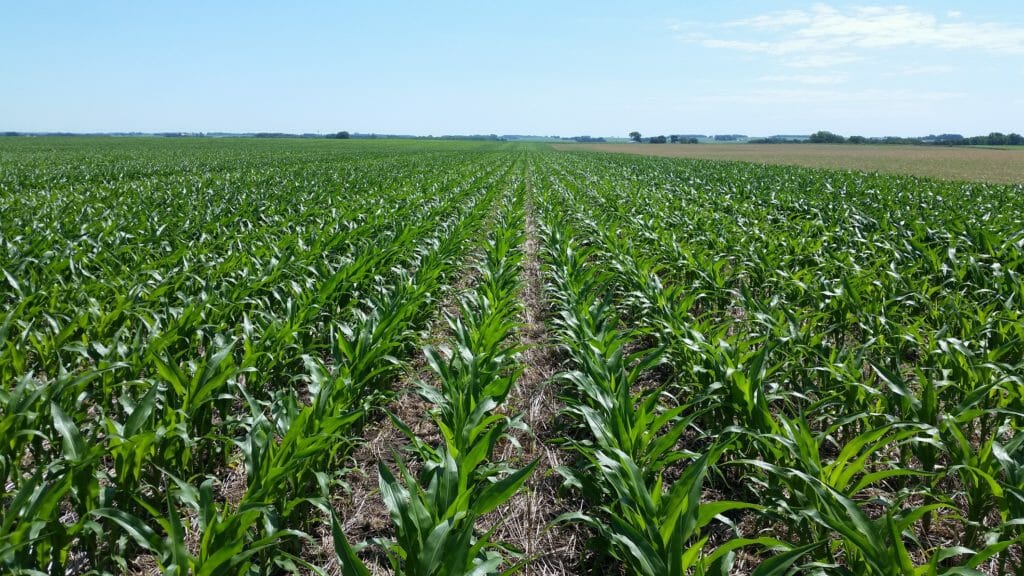 Prior to dividing the experiment into two, Sloan collected aboveground biomass in all treatment strips on Oct. 13, 2019. He submitted biomass samples to Midwest Laboratories (Omaha, NE) to test for carbon, nitrogen and dry biomass. The following spring, on April 30, 2020, Sloan again sampled aboveground biomass in all treatment strips – this time recording only the weight of biomass samples after three weeks of air drying. The second biomass sampling occurred a few days before terminating the overwintering red/alsike clover strips but after the crimson/berseem clovers would have winter killed.

On June 8, one month after planting corn, Sloan sampled soil to a 6-in. depth in all strips. He submitted soil samples to Ag Source Laboratories (Ellsworth, IA) to determine differences in soil nitrate availability to corn. Sloan later tested corn for stalk nitrate in both experiments on Oct. 4 to gauge the benefit of side-dressing to both treatments.

To evaluate the effect of green manure mix on each measurement, we calculated the averages for each treatment measurement then used a t-test to compute the least significant difference (LSD) at the 90% confidence level. The difference between two averages is compared with the corresponding LSD to determine if one treatment’s effect is significantly different from the other’s effect. A difference greater than or equal to the LSD indicates the difference in effects is statistically significant, meaning Sloan could expect the same effects to occur 90 out of 100 times under the same conditions. A difference that is less than the LSD indicates the difference in effects is not statistically significant. 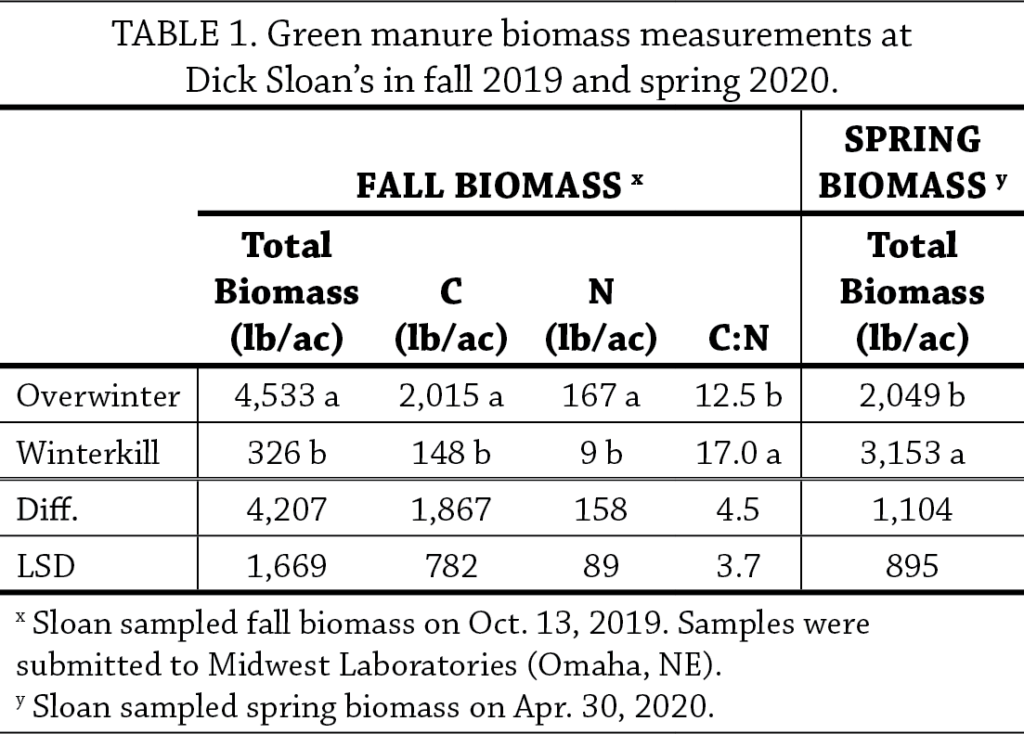 Both treatments were potentially deficient in soil nitrate in early June according to test recommendations (Table 2). While Sloan hypothesized the winterkill treatment would need more side-dress nitrogen than the overwinter strips, soil nitrate tests revealed no difference between treatments (Table 2).

After side-dressing one half of the field, subsequent corn stalk nitrate tests revealed low stalk nitrate levels in both treatments and both experiments (Table 3). Levels below 250 ppm can mean corn would have benefitted from additional nitrogen; however, rainfall much below the historical average in July and August may have limited corn nitrogen uptake (Figure A2).[3] It is not possible to make statistical comparisons of stalk nitrate between treatments because stalk samples from each treatment were combined; however, stalk nitrate levels did increase in both treatments as a result of side-dressing (Table 3). The increase was greatest in the winterkill treatment. 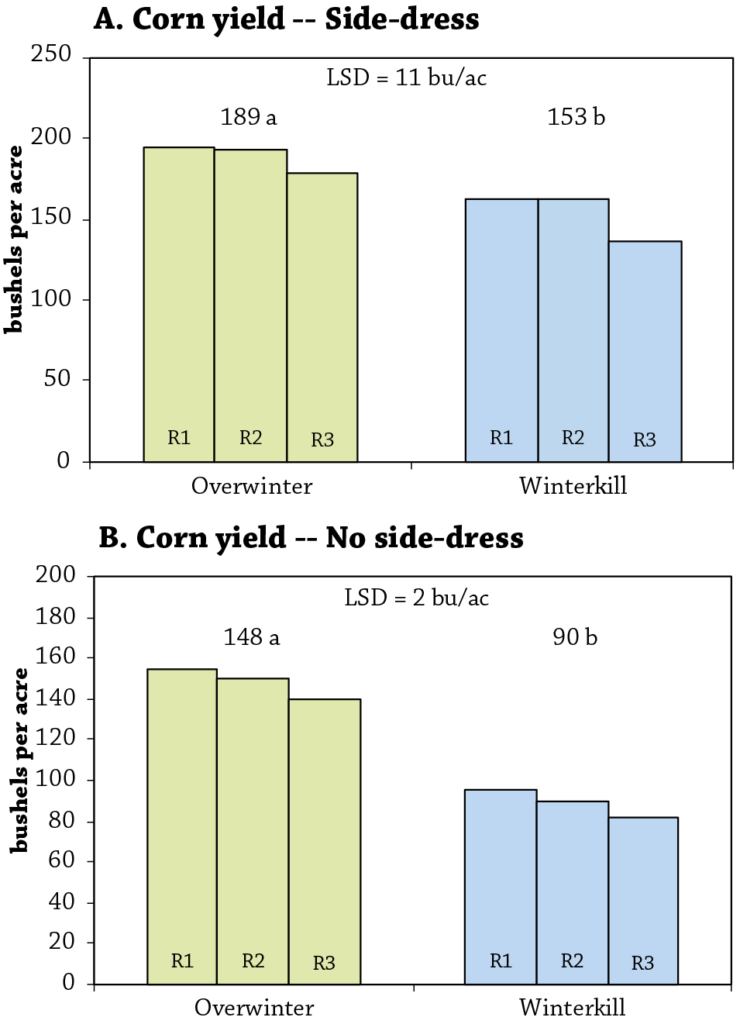 FIGURE 1. Corn yields in the side-dress (A) and no side-dress (B) trials at Dick Sloan’s in 2020. Corn was harvested Oct. 21, 2020. Clustered columns represent yields of individual strips in a treatment, and the average yield of each treatment appears above the column clusters. Because the difference between the averages is greater than the least significant difference (LSD) in both experiments, the treatment yields are considered statistically different at the 90% confidence level. Within an experiment, averages followed by different letter-rankings are statistically different.

After conducting these trials, Sloan commented, “I will continue to use medium red and alsike clovers by interseeding them to my winter small grains. A better use for berseem and crimson clover would be to plant them as part of a diverse mix following a small grain harvest.” While Sloan expected the crimson/berseem mix to be more competitive with the red/alsike mix, he observed that “the timing of planting different types of clover can greatly affect their productivity and usefulness. It’s good to try new things – even if it doesn’t work out the way I expect. I always learn something from on-farm research.” 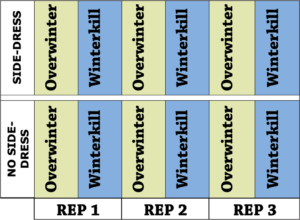 FIGURE A1. Dick Sloan’s experimental design consists of three replications of both treatments. This design allows for statistical analysis of the data. 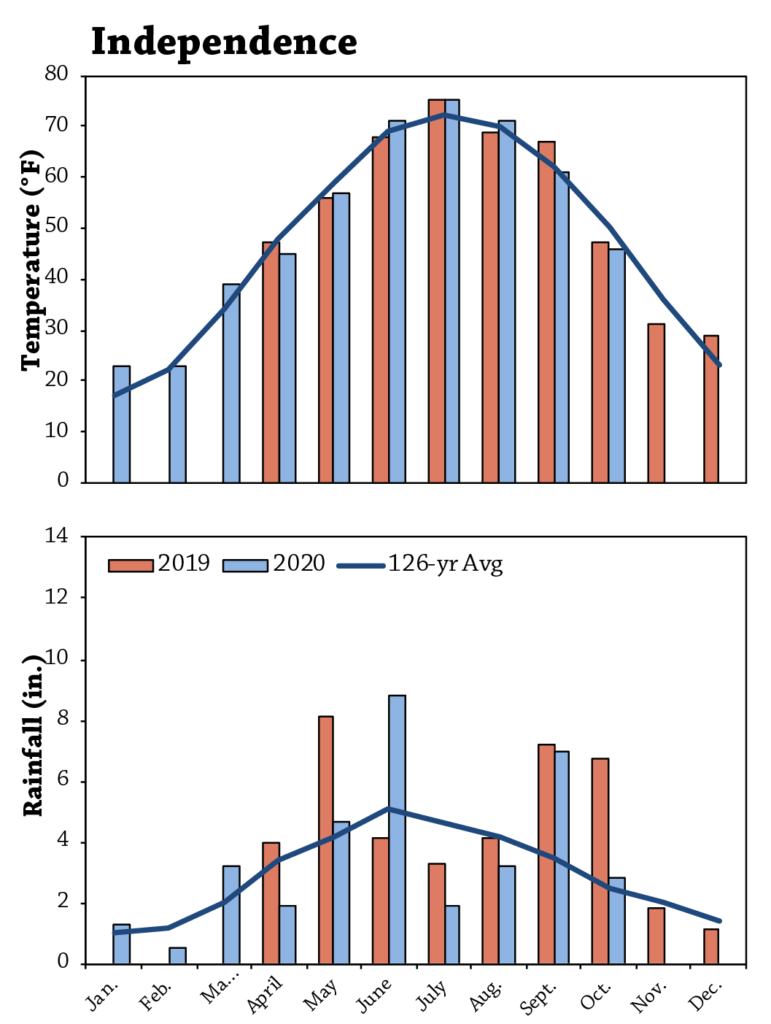 FIGURE A2. Mean monthly temperature and rainfall during the trial period and the long-term averages at Independence the nearest weather station to Sloan’s farm (about 7 miles away).[6]