Ever wondered about terminating a cover crop without using herbicides or tillage? Rolling a cover crop (or roll-crimping) may be something for you to think about. Three PFI members share their experience with using this technique in the article “Rolling Cover Crops” in the March issue of Wallaces Farmer. When done correctly (more on this in the article), the rolling action knocks down and snaps the cover crop stems prohibiting the cover crop from standing back up and resulting in a residue mulch layer. 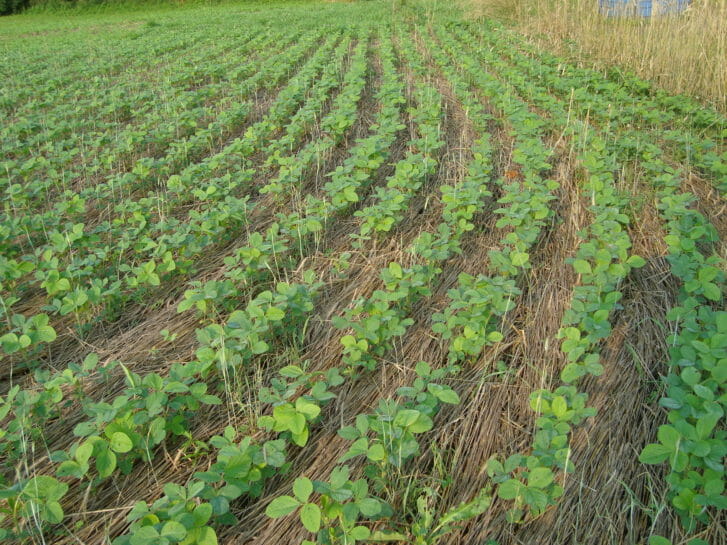 Francis Thicke used a culti-packer to roll his cereal rye cover crop ahead of soybeans. This photo was taken on July 2, 2015 near Fairfield.

For more information on rolling cover crops, including learning to stage a cereal cover crop and know when to roll, check out this guest blog post by ISU grad student Dana Jokela (also mentioned in the article). Keep reading below for more detail on each of the farmers’ experiences.

Dave Schmidt, of Exira, shared his experience with using a culti-mulcher to roll a cereal rye cover crop in great detail in a pair of guest blog posts last year:

He was pretty keen on the technique and is planning on doing it again this year as part of a trial in PFI’s Cooperators’ Program. Dave has been monitoring his field and recently told me, “The cattle grazed the strips for the roller-crimper trial on March 4th. That field is looking better and better every day.” 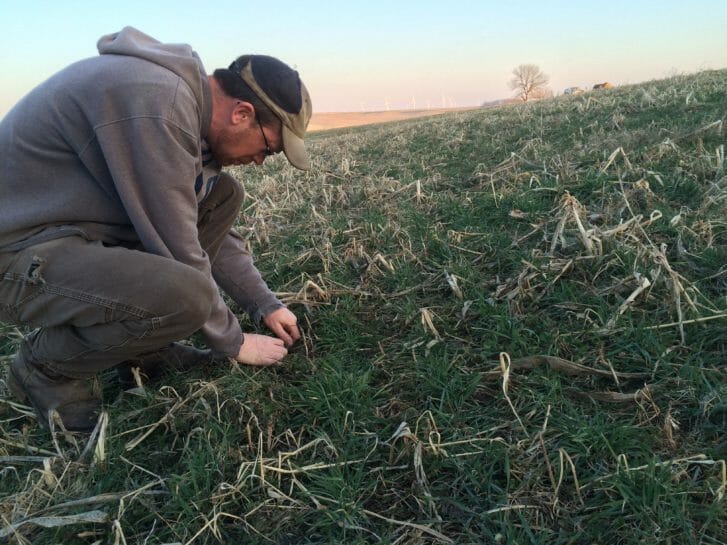 Dave Schmidt inspects his cereal rye + hairy vetch cover crop that he plans to roll later this spring when it reaches the proper growth stage with a cult-mulcher. Photo taken March 10, 2016 near Exira.

Doug Alert and his wife, Margaret Smith, hosted a PFI field day last summer to showcase where they had tried rolling a hairy vetch cover crop with a Buffalo stalk chopper ahead of corn. We learned a lot that day about their experience, which you can read here:

All three farmers featured in the Wallaces Farmer article also presented at the 2016 PFI annual conference. More on that session, including presentation slides and photos can be found here:

And if this isn’t enough, be sure to stay tuned for PFI field day season and the release of our Field Day Guide (slated for May). Billy Sammons and George Naylor will be hosting a field day near Churdan in Greene County tentatively scheduled for June 15. With funds awarded from a successful SARE grant, Billy and George had a roller-crimper custom made this past winter after design plans provided by the Rodale Institute. Come check it out!