Matt Schuiteman, of AJS Farms in Sioux Center, started planting cereal rye in 2006 as a “trap crop” for manure nutrients. He has experimented with grazing it, baling it and growing it for seed. Matt told 65 attendees at his field day on May 30, to get the most direct payback from cover crops, put them through cattle. Matt has a cow/calf herd of 40 Shorthorn cattle and calculated the feed value of the rye to be $281 per acre!

Matt says the feed value of rye balances out the yield hit you may see in corn when planting rye, which could be around 25 bushels per acres. Matt did some quick math – if corn is selling for $4.00 per bushel, your loss would be $100 per acre. In this scenario, the forage value of the cover crop still puts you $181 per acre ahead. 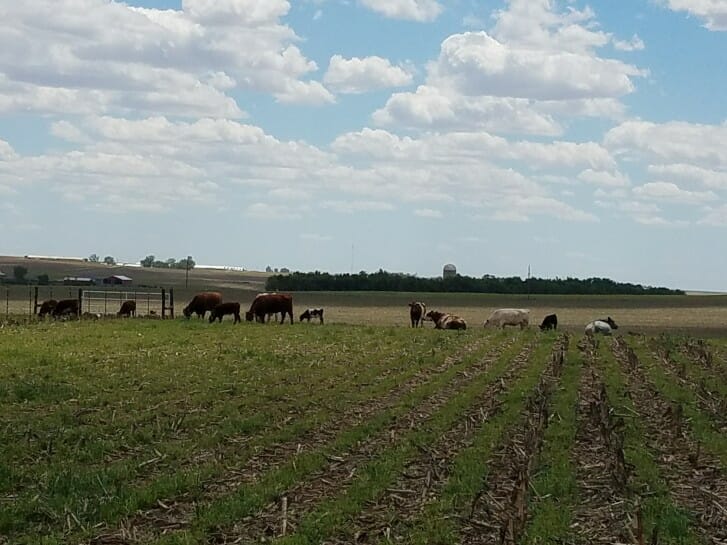 In 2016, Matt grew 15 acres of rye for seed. “When I combine, I always let some blow off the back to reseed and let the cows graze what comes back,” said Matt. He has grown and planted VNS rye the last three years and this year he’s looking at new varieties. 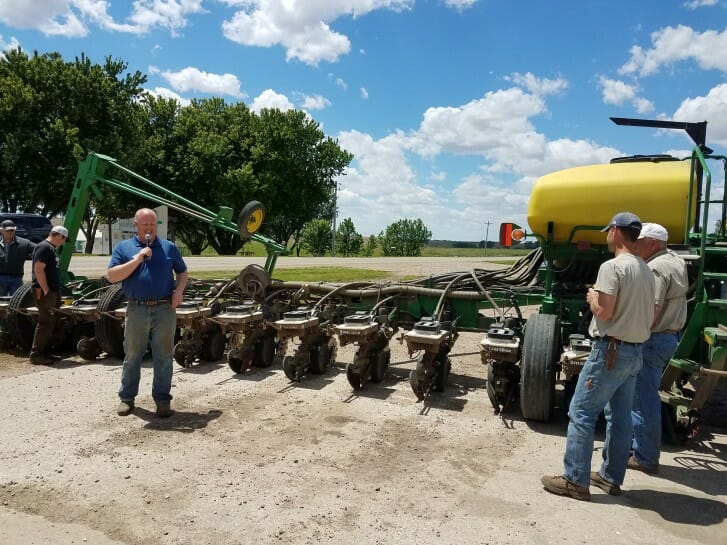 Corn and rye are planted in strips, after strip tillage. Matt has mounted sprayer heads on the back of the planter for applying herbicide and sugar solution. He believes dextrose provides an energy source for microbes and acts as a surfactant for the herbicide.

Beth Doran, a beef specialist for ISU extension, provided the group information on the nutritional content of cereal rye forage. She discussed the nutritional requirements cattle need during different stages of production and how to match these needs up with various stages of cereal rye maturity. Beth also provided best management practices for successfully grazing cereal rye with cows and heifers. 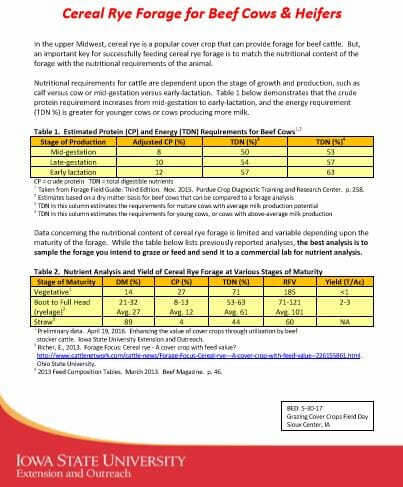 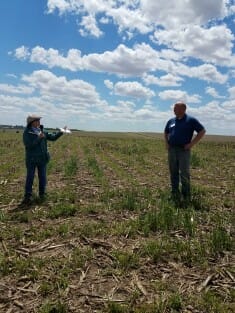 In addition to grazing rye, Matt has designated fields to harvest rye as hay. His baled rye hay amounted to 4.5 tons per acre last year. He cut the rye the day before the field day and was surprised that it had dried out so quickly – it was ready to bale when we stepped into the field. He feeds dry bales, which also have some corn residue in them, to late gestating cows from December to February. “The dry rye plus the corn residue makes a nice feed,” said Matt, who told us the relative feed value (RFV) was 60 and crude protein (CP) was 12.75 on the bales he sent in for analysis. Someone asked what he’d be feeding during the winter if he didn’t have this rye hay to feed. “I’d be feeding grass hay and corn stalks but I try to stay away from baling corn stalks because that’s the food for the next corn crop and for the soil,” responded Matt. 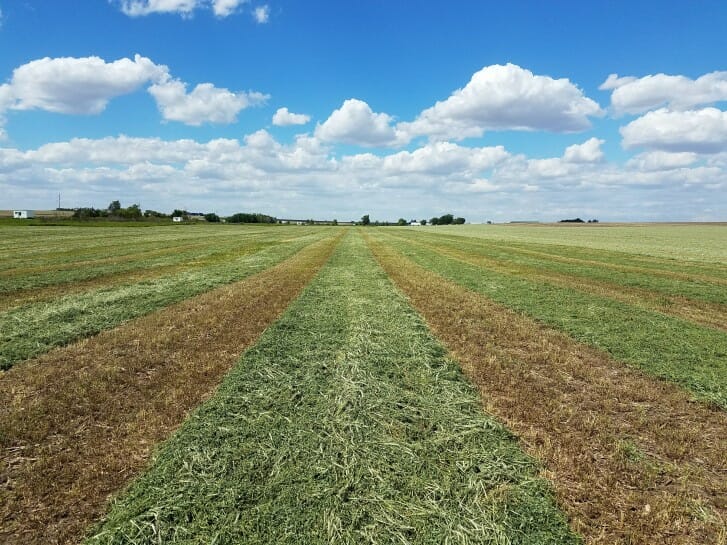 Matt Schuiteman cut this rye on May 29 and, with excellent weather conditions, it was ready to bale the next day. He’ll store this rye hay to feed in the winter, and calls it “cow candy.”

The afternoon concluded with a discussion on water quality and soil health. There are several wells on the Schuiteman’s land that provide drinking water to the nearby town of Sioux Center. Nitrate levels are regularly tested, and run on average, from 3 to 7 parts per million (ppm) – below the Environmental Protection Agency’s standard of 10 ppm.

Attendees dug up some soil to look at rye roots, as earthworms squirmed about. Matt pointed out that rye roots, along with the earthworms, create channels for the corn roots. The below ground activity is also helping relieve compaction.  Matt said his soil organic matter is around 4%.

PFI thanks the entire Schuiteman Family, Green Thumb Commodities, Iowa Department of Agriculture and Land Stewardship, and ISU Extension for sponsoring and participating in this field day.