Field Day Recap: Thinking Outside the Box With Cover Crops 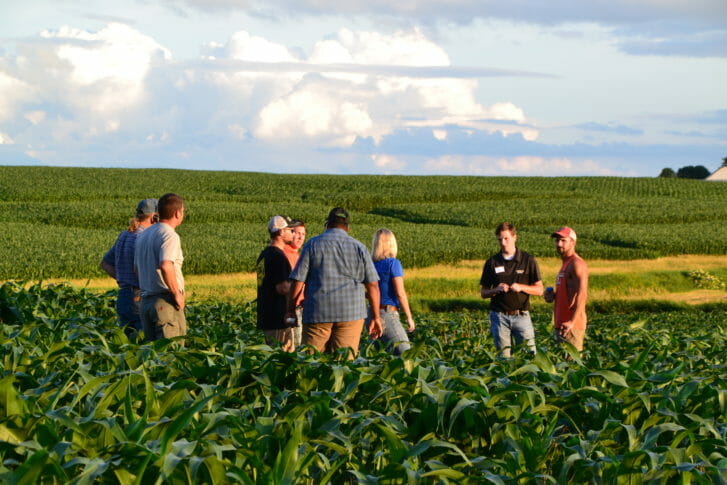 Attendees check out the corn (and interseeded cover crop) at Michael and Denny Vittetoe’s field day on June 26.

Michael Vittetoe did not plan on returning to the farm after he left to attend the University of Iowa and received a degree in civil engineering. But five years after working for an engineering firm in Muscatine, Michael decided that he did in fact want to farm and returned to the family farm near Washington in southeast Iowa. These days, with his father Denny, Michael is using cover crops in a variety of ways on their farm. At their field day, Michael shared both the benefits and challenges of the approaches they’ve been using and also gave some updates on on-farm strip trials they are conducting through Practical Farmers of Iowa’s Cooperators’ Program.

During the field day, Michael shared with the group several photos and summaries of their myriad approach to cover crops. Some of these include seeding cereal rye in twin rows in the fall (leaving gaps to plant corn into the following spring) while other strategies include interseeding corn with a cover crop mix at the V3 stage in the late spring. Click through the different slideshows linked below to learn more about what the different cover crops look like throughout the year, on what dates and at what rates the Vittetoes seeded cover crops and updates on their PFI research trials. 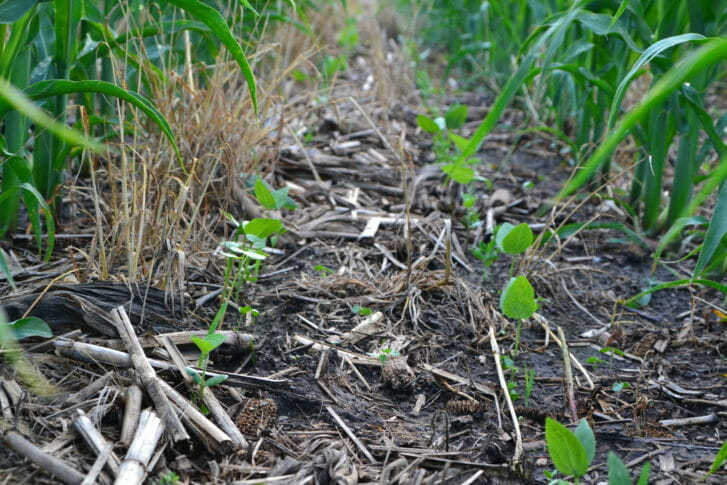 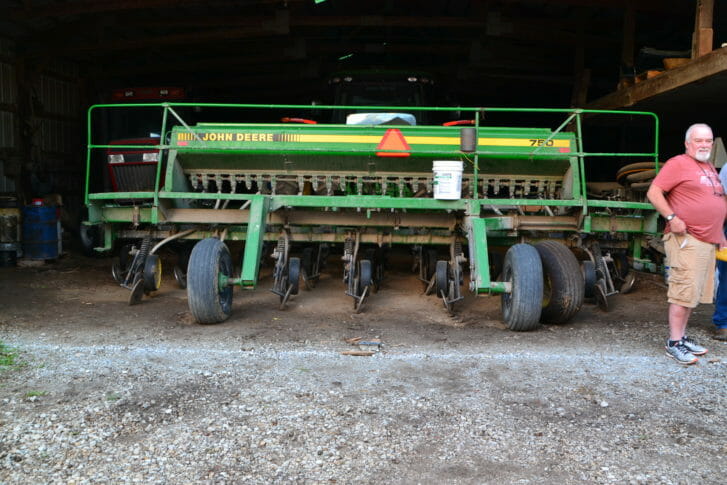 John Deere 750 grain drill the Vittetoes use to interseed to corn and seed cereal rye in twin rows. 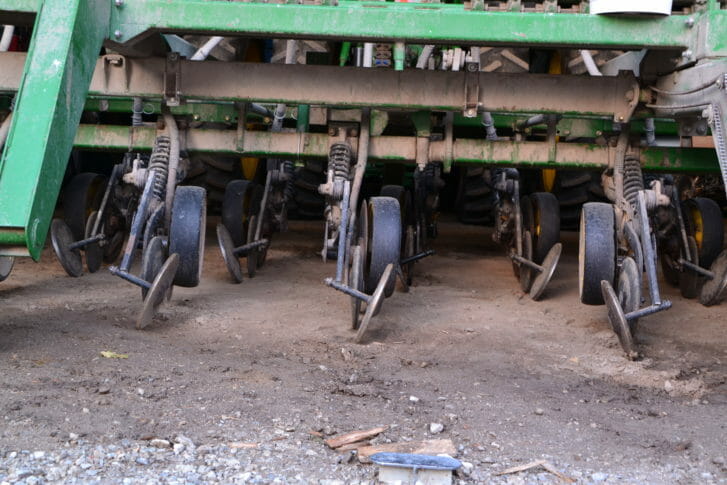 Alison Robertson, a plant pathologist at Iowa State University, was on hand to share some recent research that she and her lab team are conducting across the state regarding cover crops and corn seedling disease. Her team is trying to understand the possible role of seedling disease in corn yield drag when corn follows a cover crop like cereal rye. “We see the most disease on corn seedlings when the corn is planted within 10 days of terminating the cover crop,” Alison said. “After a cereal rye cover crop is terminated, any pathogens on those rye roots leave the dying plant in search of another host. We see a flush of pathogens in the soil in this case and if corn is planted shortly thereafter, the seedlings will likely be infected.” 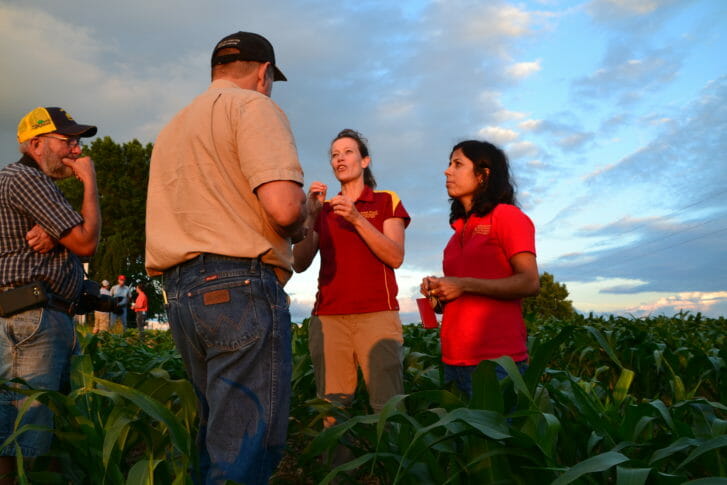 The Vittetoe’s on-farm research investigating cover crop termination date is one of several PFI trials that Alison and her team are sampling across the state this year for the incidence of seedling disease resulting from cover crops. Some of Alison’s team’s preliminary evidence from lab studies points to the proximity of the corn to the cover crop as a potential factor influencing the incidence of seedling disease. Eliminating the cover crop from the future corn row may be one strategy for reducing the potential for seedling disease. Early results from Alison’s team’s sampling this spring can be found here. 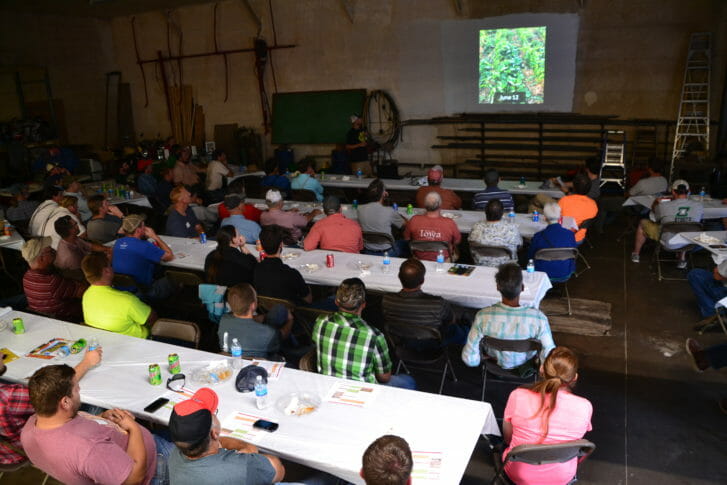 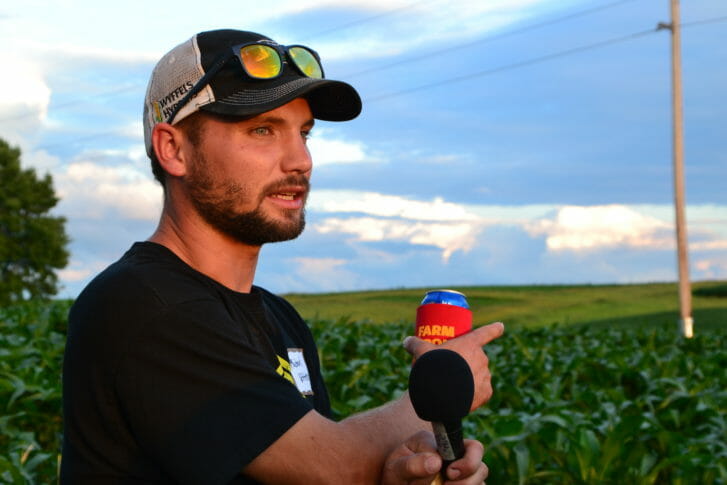 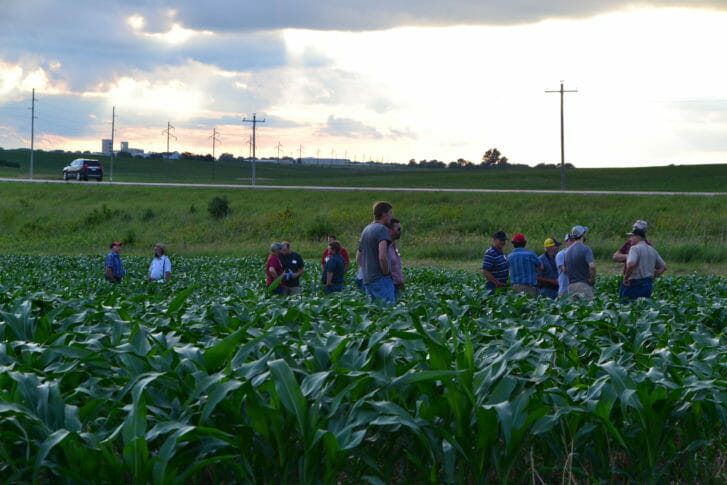 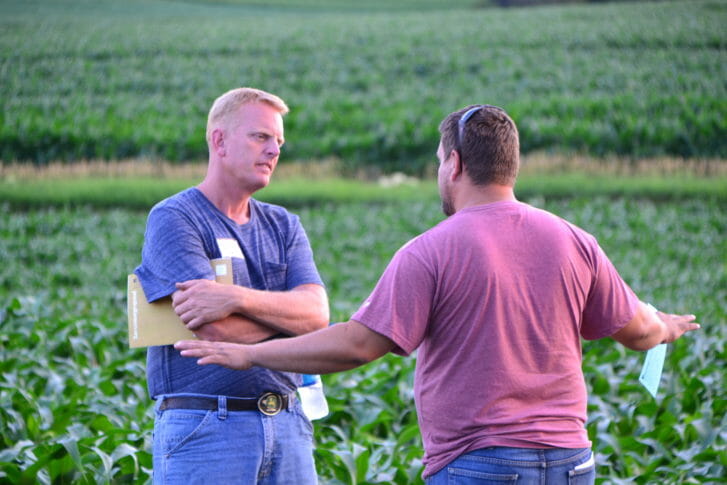 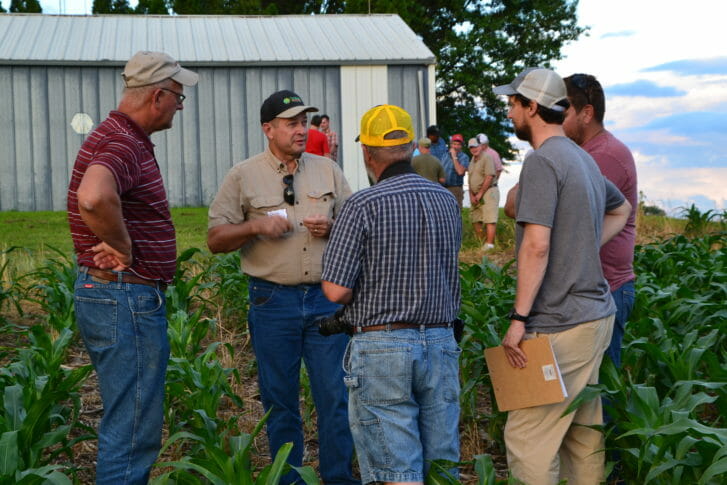 Tim Sieren and Chris Teachout catch up others on on-farm research they’re conducting as part of PFI’s Cooperators’ Program. 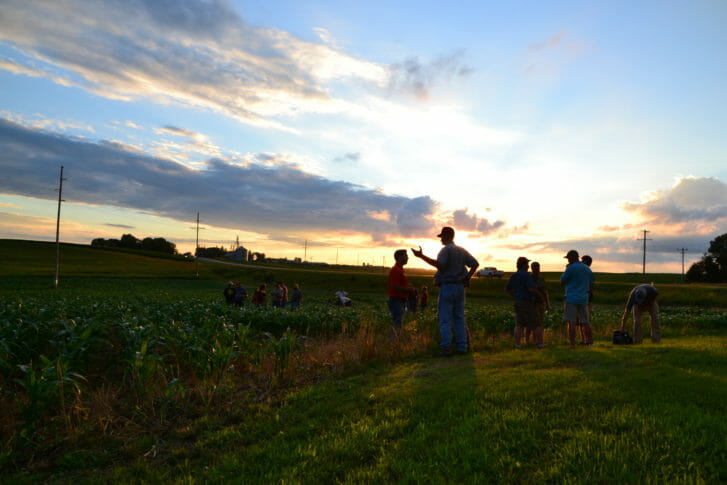 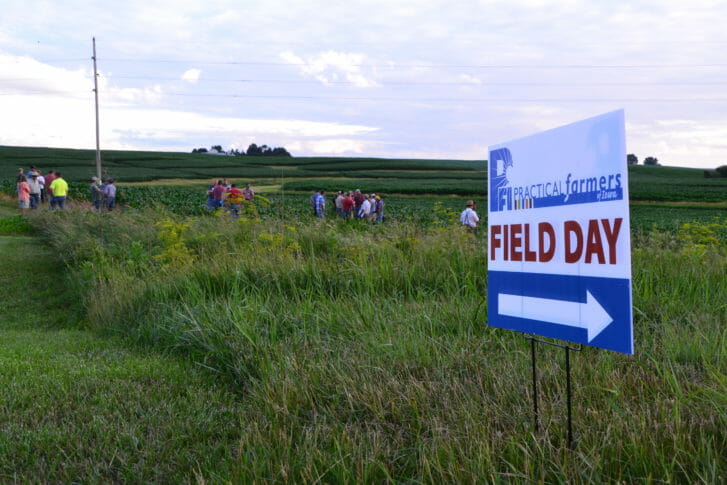 We’d like to thank the Iowa Ag Water Alliance and the Iowa Farmer’s Union for sponsoring this event.