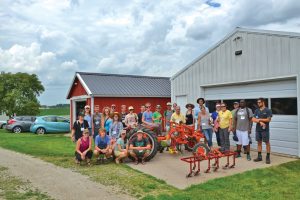 Everyone takes a break for a group photo while enjoying the beginning and aspiring farmer bus tour on July 2. 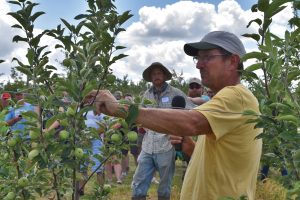 Paul Rasch describes a specific type of apple he and his partner, Sara Goering, raise on their orchard near Solon. 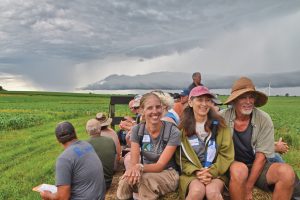 Sarah Nizzi (left), of Xerces Society, Joanna Hunter and Billy Sammons smile as they ride through Paul and Karen Mugge’s field near Sutherland looking for insects on the prairie. 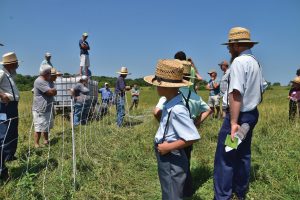 The crowd watches as Bart VerEllen demonstrates how he sets up fence for his flock of over 400 hair sheep, near Blakesburg. 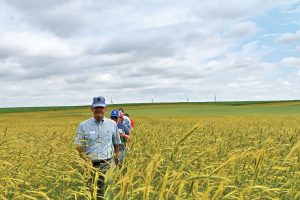 Kamyar Enshayan, of University of Northern Iowa, leads the crowd through a field of cereal rye at Sam and Danielle Bennett’s July 2 field day near Galva. 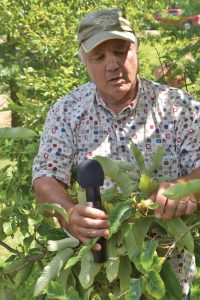 Roger Smith discusses chestnut production on Aug. 7 at his farm near Columbus Junction. 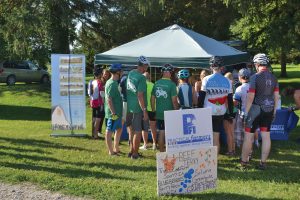 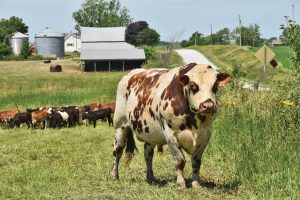 A curious (but laid-back) bull lingers near field day guests in a pasture on Samuel Maibach’s farm near Bloomfield. 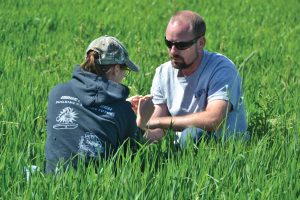 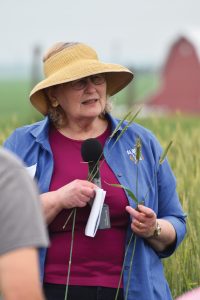 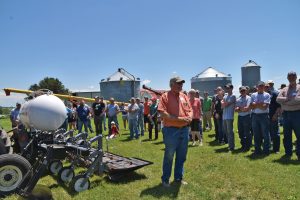 Wayne Wangsness shows off the flame-weeder he uses to help control weeds on his organic crop farm near Decorah. 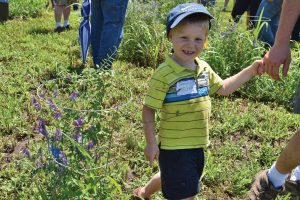 James Wilson flashes a smile to the camera as he enjoys an Iowa summer day at the second of two field days Paul Mugge hosted – this one on organic crop production – on July 17 near Sutherland. 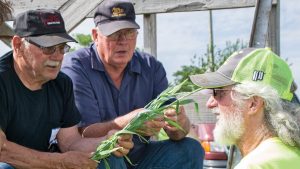 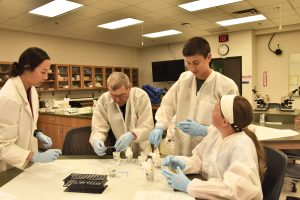 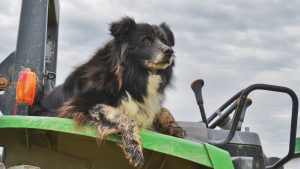 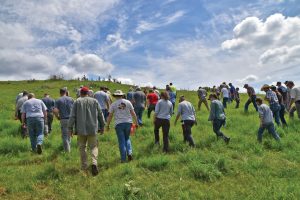 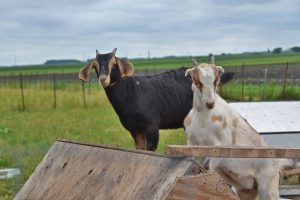 A couple of curious goats check out the commotion at Beany Bode and Joanne Roepke Bode’s June 21 field day near Algona. 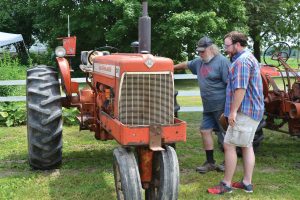 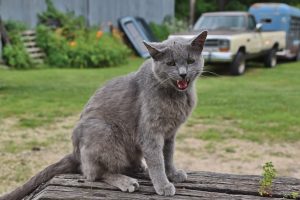 A cat meows a welcome to guests who arrive at Pete Kerns and Natasha Hegmann’s July 17 field day near Elkport. 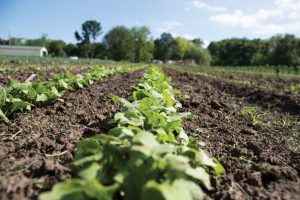 Fields are prepped and sprouting at Rhizosphere Farm, near Missouri Valley, on June 4. Owners Terra and Matthew Hall hosted a field day exploring heirloom tomatoes and their young food forest. 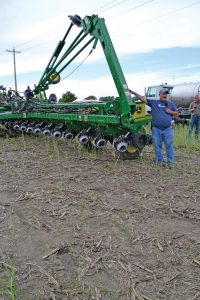 Brian Corkill discusses planter setup for planting corn green into a living cover crop during the field day he hosted June 6 on his farm in Kewanee, Illinois. 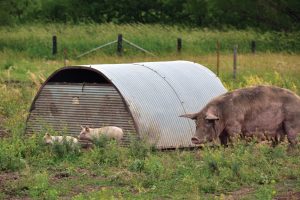 A mother pig and her piglets forage on Ron Mardesen’s farm near Elliott. Ron raises pigs for Niman Ranch in a pasture-based farrow-tofinish system. 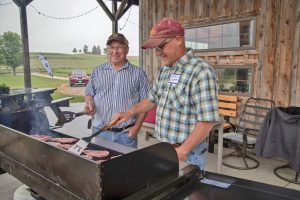 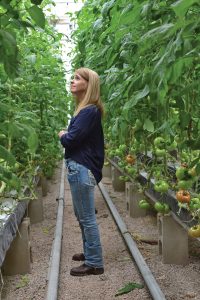 Graze More Instead of Owning More