John Bobbe’s book “Marketing Organic Grain” has come to be a favorite of mine. Not only has this book been an enjoyable read for me, it also serves as a handy reference for organic grain farmers, whether you are a seasoned organic farmer or someone who is considering making the switch to organic grain farming. 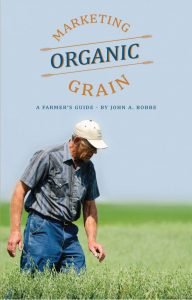 With slightly fewer than 100 pages, you can easily read it in its entirety in one sitting. As a long-time organic farmer, I have yet to come across a book that contains as much practical and useful information as this book provides for the organic grain farmer. The book is filled with solid “nuts and bolts” kind of information that every organic farmer will need to address before taking the plunge into certified organic grain production.

Toward the end of the introductory chapter, John states that a good friend of his likens coming to organic agriculture from the conventional non-organic world to “crossing the river.” John made this crossing in 2001 and has never looked back. Since then, he has been helping other farmers make that crossing to the organic shore, where expensive and dangerous chemicals are replaced by sustainably priced crops and livestock products. Within this concise book, John guides his readers in making that “crossing” as well.

John leads off by sharing his view that organic is the future of American agriculture. He notes that in recent years, food company executives have echoed the idea that there is no other trend when it comes to food production. I found the chapter titled “Organic Grain Farming from Planning to Paycheck” to be succinctly written with a chronological checklist of steps to consider as you plan, produce and market your grains. 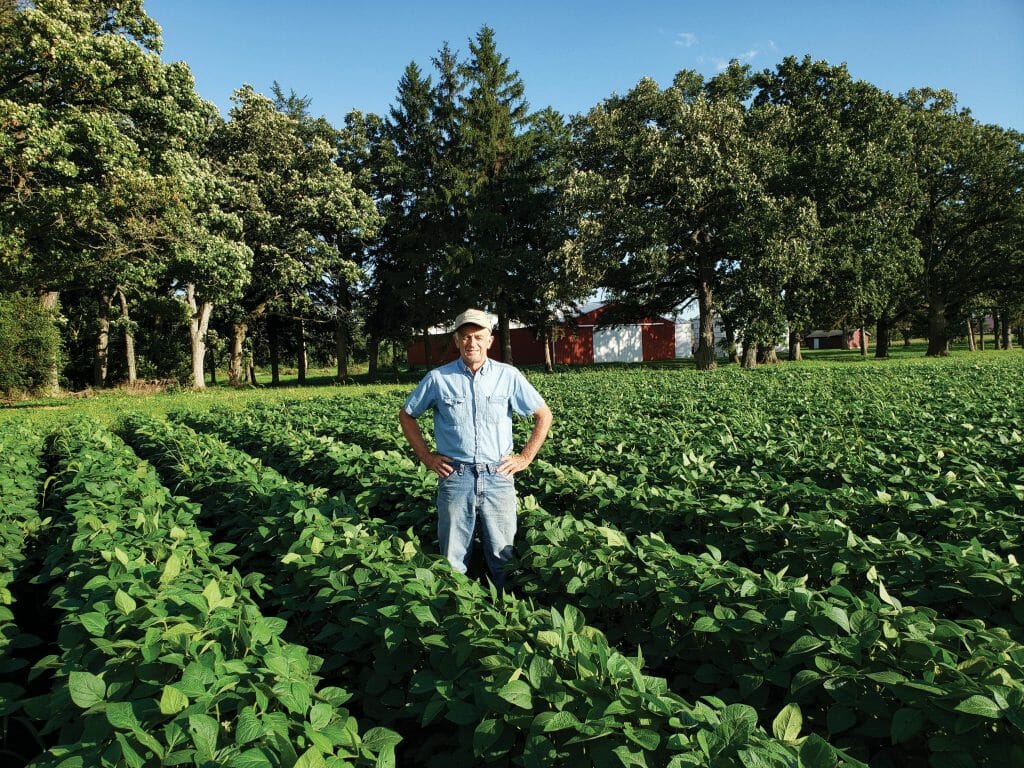 The key point to keep in mind is that as a certified organic grower, you will need to submit an organic system plan each year that will be followed up with an on-farm inspection during the growing season.

The end of chapter three includes a list of the more common grains typically sold by organic farmers, as well as descriptions of those grains and details about marketing them. Within the “Contracting Basics” chapter, John lays out seven rules for organic farmers to be aware of when marketing their grains.

His take-away point in this chapter is in reference to an advertisement he once noticed that stated: “In business you get what you negotiate, not what you deserve.”

Midway into the book, John devotes a brief chapter to the importance of organic standards as put forth by the Organic Foods Production Act of 1990. Another chapter titled “What’s Your Story?” highlights eight farmers from various locations across the Midwest who share a belief or mindset that resonates with them. I took delight with Charlie Johnson’s comment.

Charlie, along with his family, operates a certified organic grain farm in eastern South Dakota that also includes a 200-head rotationally grazed cow-calf herd. Charlie comments, “To be organic is to be pro-people, pro-environment, pro-consumer and pro-community. When you purchase organic, you are also purchasing all those virtues and all those values.”

Towards the end of the book, you will notice that John wholeheartedly supports marketing your organic grains through a farmer cooperative, a style of marketing commonly referred to as a “marketing-agency-in-common.” John goes on to share some of his experiences during his last 18 years while serving as the first executive director of OFARM (Organic Farmers’ Agency for Relationship Marketing). OFARM serves as an umbrella organization that oversees the marketing efforts of three organic farmer grain co-ops covering 19 states across the Midwest and beyond.

In his concluding chapter, John spells out his vision for rural America. He envisions a place for everyone at the table – farmers along with their families, the industries that support them and consumers who share in a wholesome vision of what we desire our communities, farms and families to be in the future. In his final statement, John shares that “crossing the river” from conventional to organic farming has taken him a lifetime. While it has been difficult at times, he says the journey has been more than worth it.

Dave Campbell and his family operate Lily Lake Organic Farm, a 224-acre certified organic farm near Maple Park, Illinois. Their crop rotation encompasses corn, soybeans, wheat, hay, oats and cover crops. Dave is a sixth-generation farmer who farms near the place where his father’s family homesteaded during the 1840s.