Preparing for testimony to U.S. House subcommittee was a community effort

On June 25, board member Nathan Anderson, of Aurelia, testified on behalf of PFI to the House Agriculture Conservation and Forestry Subcommittee about the importance of soil health.

Nathan talked about how using soil health principles lets him and his family reach their farm’s mission of “honoring God, their family and their community by caring for their resources and building a resilient and enduring farm and family.”

One morning late in June, I received a call from Sarah Carlson asking if I’d like to go to Washington D.C. to testify before the House Agriculture Conservation and Forestry Subcommittee. “It’s next week and I’m sure you’re busy,” she said, “but I think you’d be great.” I told her I’d better check with my wife, Sarah, and my Dad, Randy, to see if it would work.

I was absolutely interested, but very hesitant to take time away from the farm in late June after a challenging spring season. I was also reluctant to take time away from family, and unsure about what I had to contribute to the busy world of Washington D.C. When passing along the details to Dad that included a couple of lines about needing him to do chores, he simply said, “Well, you’d better go.” I’d love to say that was the hard part of the trip, but it wasn’t!

The next few days were a whirlwind of preparation. The process was a tremendous example of PFI’s values and of the PFI community. An incredible number of people were involved in the process, and I’m so thankful for each one (and sorry if they don’t get a specific mention here). A multi-page written testimony was prepared – with weighty contributions from PFI staff. The testimony was edited by Devin and Stefani of Unilever and Alyssa Charney of the National Sustainable Agriculture Coalition. Then it was edited again, revised, reviewed by the PFI board and PFI Policy Committee, and submitted. 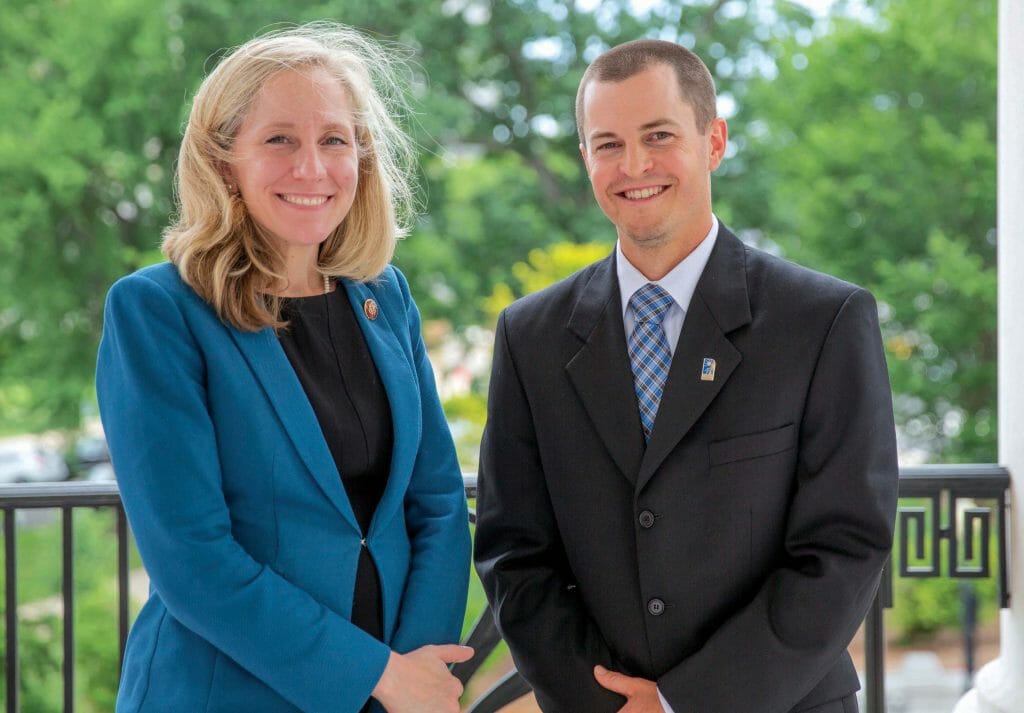 Next, a five-minute oral testimony was drafted, based on the written version. The first draft of this was tossed out and written again, and Tina Bakehouse, a PFI lifetime member from Hastings, revised an outline of it. Then the testimony was edited some more and I was timed and coached by my wife, Sarah, after which the remarks were shortened to meet the time limit and further revised.

“The process was a tremendous example of PFI’s values and of the PFI community . . . . It was truly humbling to represent an organization and community of people that I respect and admire so deeply.” – Nathan Anderson

My testimony, and the hearing overall, went well. I felt the five of us who testified – myself and four others – complemented each other’s testimonies. The highlight for me was being able to represent Practical Farmers of Iowa on the topic that ranks highest in importance on survey responses from the PFI membership. I was encouraged by the broad interest the subcommittee members showed in soil health practices used by so many in the PFI network. I was also blown away by the caliber of questions I received – I rarely get questions like that from people who aren’t actively farming. Since the hearing, I’ve also been encouraged by the follow-up I’ve received from others in D.C. who weren’t at the hearing: The topic of soil health has the attention of many.

I want to share the closing statement from my testimony, because the sentiments are ones I think often:

“I was once asked the question: ‘Ten years after you die, why will it matter that Nathan Anderson farmed that land? Who will know and who will care?’ I’m still considering that question and have formulated this response: Each one of us who is fortunate enough to farm, own or manage land leaves our own imprint on it. That imprint can be negative, neutral or positive, and can last for generations.

“Just as we can see the soil-based evidence of manure applications, tillage, fence lines and travel paths that were made decades ago, farmers decades from now will see our imprint on the land.

“For the future of food security, rural communities and family farms, that imprint must be positive and enduring. The broad application of basic soil health principles is capable of having the necessary impact.”

Some of you may have an answer already to the question I was asked – and if so, I’d love for you to share. Personally, I often get caught up in the day-to-day tasks on the farm and don’t make the time to think deeper about big ideas and broad questions. This hearing gave me a chance to crystallize and articulate some of my thoughts.

It was truly humbling to represent an organization and community of people that I respect and admire so deeply. I am very appreciative of the dozens of you who made our trip and my testimony possible, the hundreds of you whom I have learned from and the thousands of you who value soil health and PFI’s mission to build resilient farms and communities.