Growing oats for a food-grade market requires special consideration for test weight – the heft of the grain. Due to increased milling efficiency, processors require that food-grade oats meet a certain test weight threshold, under which the price is docked. The gold standard for many companies is 38 pounds per bushel. Growing heavy oats is often perceived to be difficult in states like Iowa, where early season heat can prevent adequate grain fill, but achieving test weight standards is very doable with some careful planning and considerations.

Darren Fehr farms 2,500 acres with his family in Pocahontas County, Iowa, and has been growing oats since 1998. Darren farms organically and has found oats to be an integral part of his system, adding value to the rest of his cropping rotation and bringing in a profit in the majority of years. In 2020, Darren grew two varieties of oats, one of which had an average test weight of 46 pounds per bushel – an impressive heft! On our December shared learning call Darren discussed his tips for consistently growing high test weight oats for a food grade market. 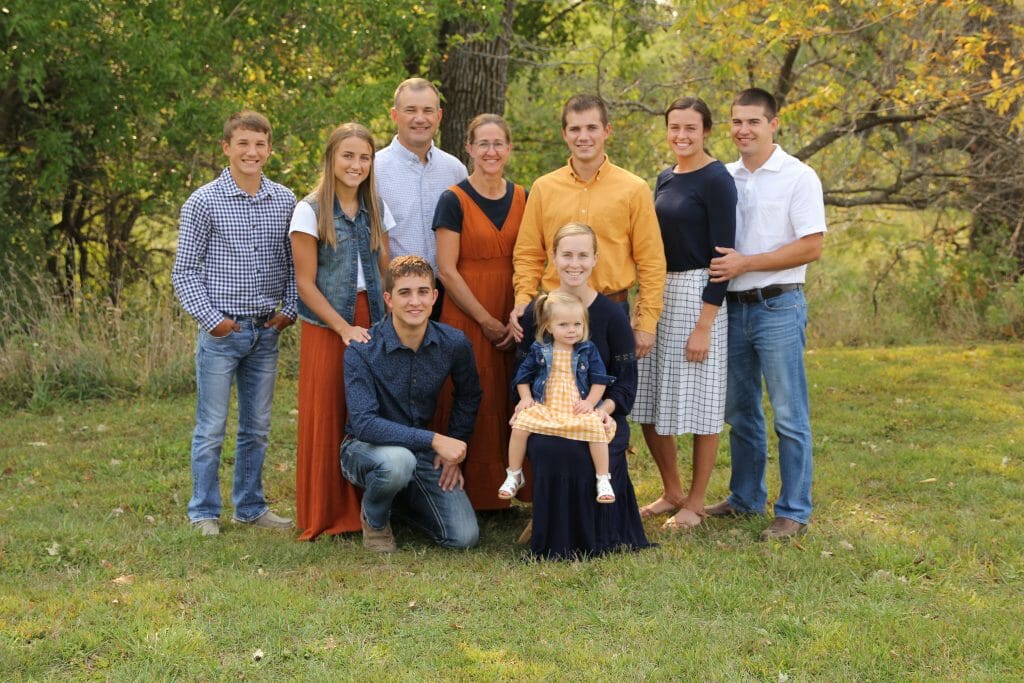 Darren Fehr (back row, third from left) farms with his family near Mallard, Iowa.

It Starts With Variety Selection

“Really focus on a good, defensive oat,” says Darren. Over the years Darren has found that the seasons his oats have struggled to meet test weight thresholds were the same seasons they had high infestations of crown rust. Subsequently, a top priority for Darren in his oat variety selection is a good disease resistance package. For organic growers especially, ensuring strong disease resistance in the oat variety itself is a key first step for achieving high test weight at crop harvest. 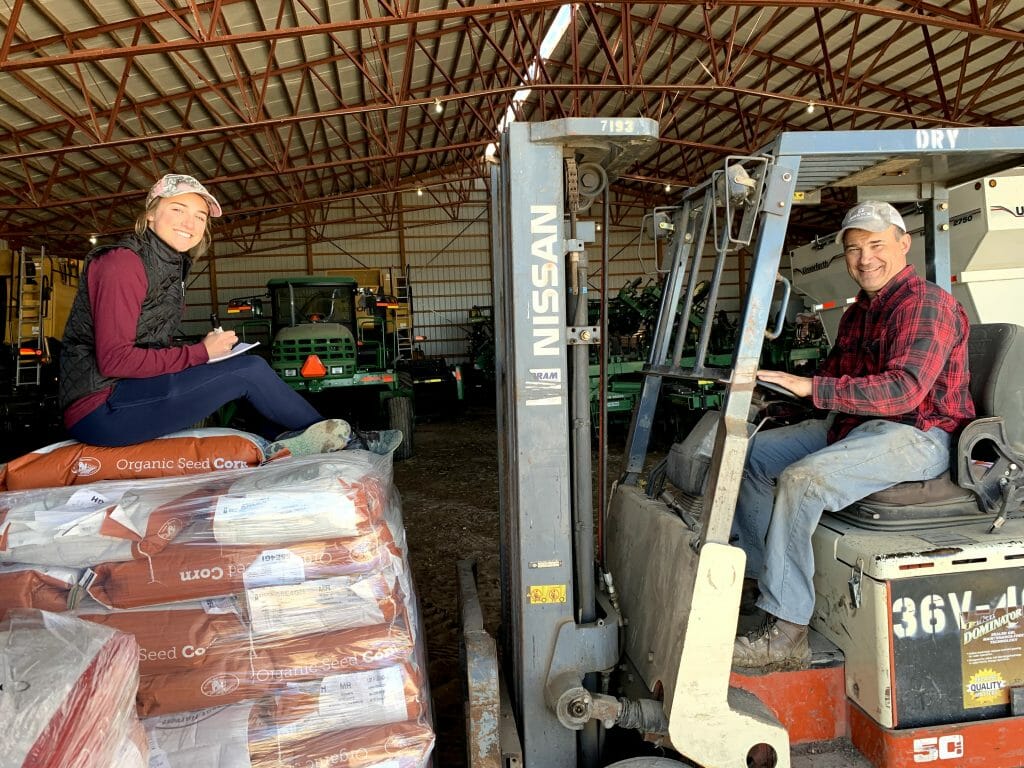 Lodging, or the oat crop falling over, is another risk of production that variety selection can help mitigate. “It’s hard to watch a beautiful crop of oats lay down in a windstorm,” remarks Darren. To help maintain standability, and to overcome any variable nutrient release with using manure as a fertility source (see below), Darren prefers shorter varieties for his food grade oats.

What about yield? For Darren, he is willing to forego the top-yielding variety if it means he has better disease resistance and standability. “Swing for doubles and triples [in your variety selection], not for the fence,” notes Darren.

Oats can be grown in different parts of a diversified crop rotation, but Darren has found that it works best for him if oats follow soybeans in his three-year rotation of corn-soybeans-oats. Growing oats after soybeans, where there is less crop residue, results in fewer issues with nitrogen tie up in the spring. If raising oats following corn, Darren adjusts his fertility management to account for the higher field residue and increased early season nitrogen tie up. 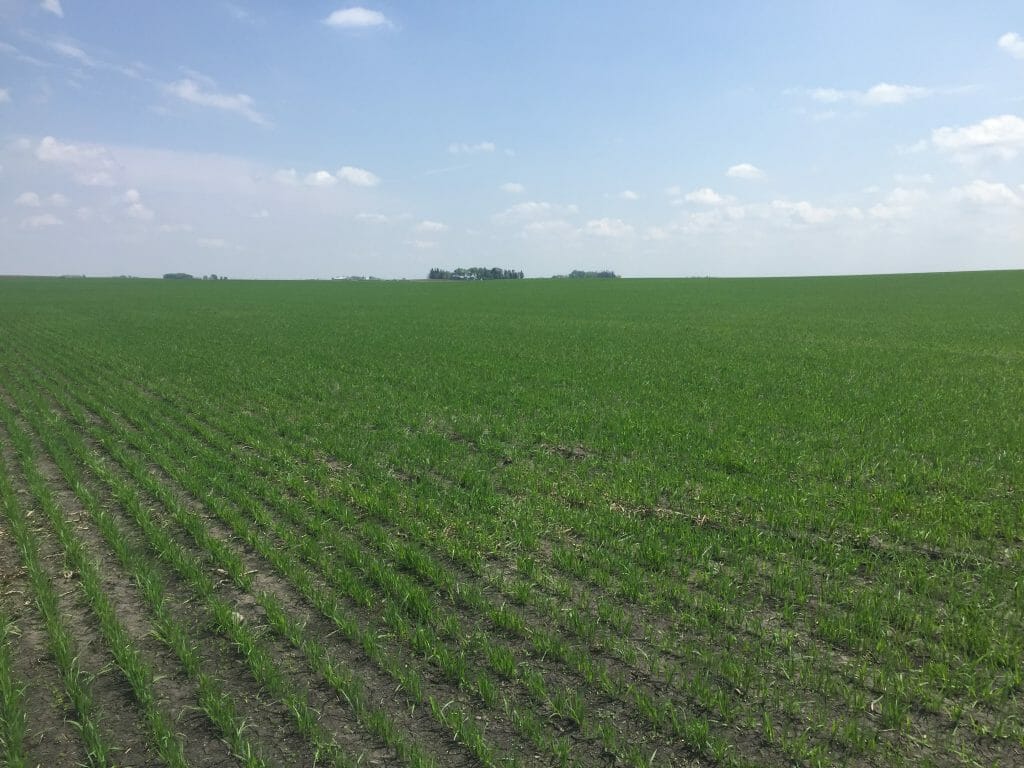 Darren advises against growing oats after corn unless you manage for nitrogen tie-up.

For fertility, Darren applies roughly 1.5 tons per acre of partially composted chicken manure in the fall, which he estimates gives him 60-70 pounds of nitrogen. He has found that to be a sufficient amount for his production system, and that the manure is a “good foundational base [of nutrients].” For him, nitrogen is the main limiting nutrient, so he does not add anything else for fertility outside of the raw manure.

After fall manure application Darren does light cultivation, which completes his field preparation. Come spring, he can drill directly into the fields without re-working them.

Plant Early and Seed at a High Population

“Heat is the enemy to high test weight oats,” Darren says. And while it is impossible to predict early summer temperatures, he tries to seed his oats as early as possible to mitigate this risk. On average, Darren drills his oats the first week of April, although he has seeded as late as April 20 and been pleased with the results. “If you can miss the heat [seeding late oats] can be really successful,” he says. 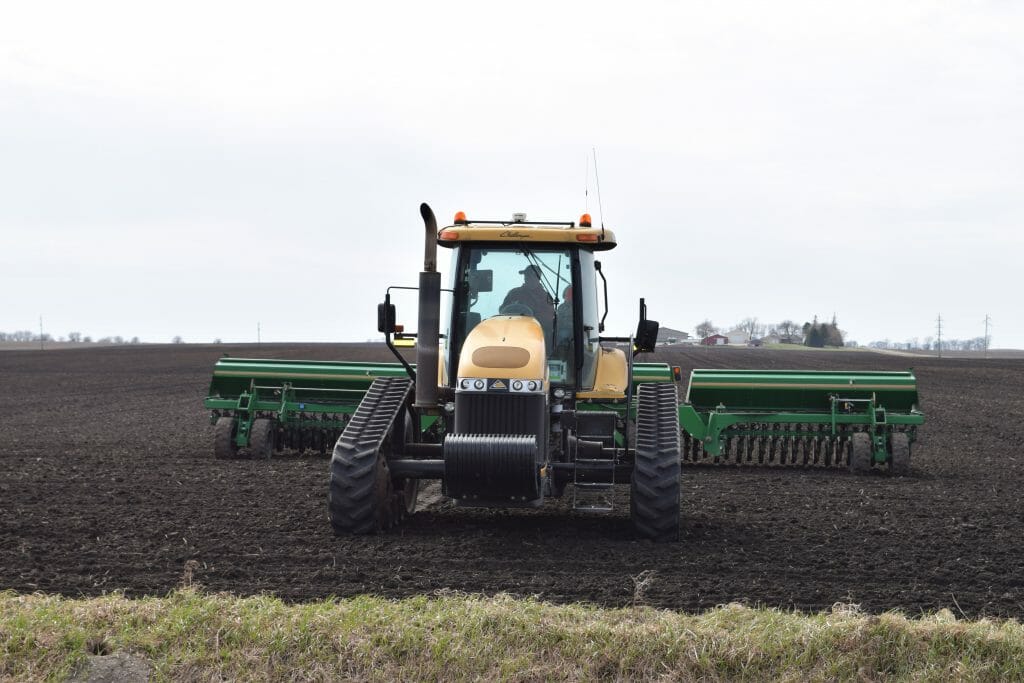 Darren also seeds a high enough population to hold the weeds back, since he is not doing any mechanical or chemical weed control after planting. As a rule of thumb he seeds at roughly 120 pounds per acre of 42-44 pounds per bushel seed oats. If the seeding rate is too low he has found that his crop can be more susceptible to lodging and experiences higher weed pressure. A denser population also means the plants will tiller less and have a stronger stem. Darren seeds using a 40-foot Great Plains drill with a double disk opener; he plants on 6-inch rows, roughly 1-1.5 inches deep.

Given uncertainty with weather, Darren recommends seeding multiple varieties with different maturities each year. Seeding both an early and late-maturing oat gives a grower some risk management – if there is an early or a late heat wave, for instance, odds are that one of the two varieties will still have good grain fill. Seeding two varieties can also spread out the workload come harvest, given that not all the oats will be ready on the same date.

Make Any Final Adjustments With Combine Settings and Post-Harvest Management

“Use your combine fan settings to adjust your test weight, but don’t rely on it,” advises Darren. Instead, it is better to have a strong crop coming into harvest and then use your combine to dial in and make any final adjustments. 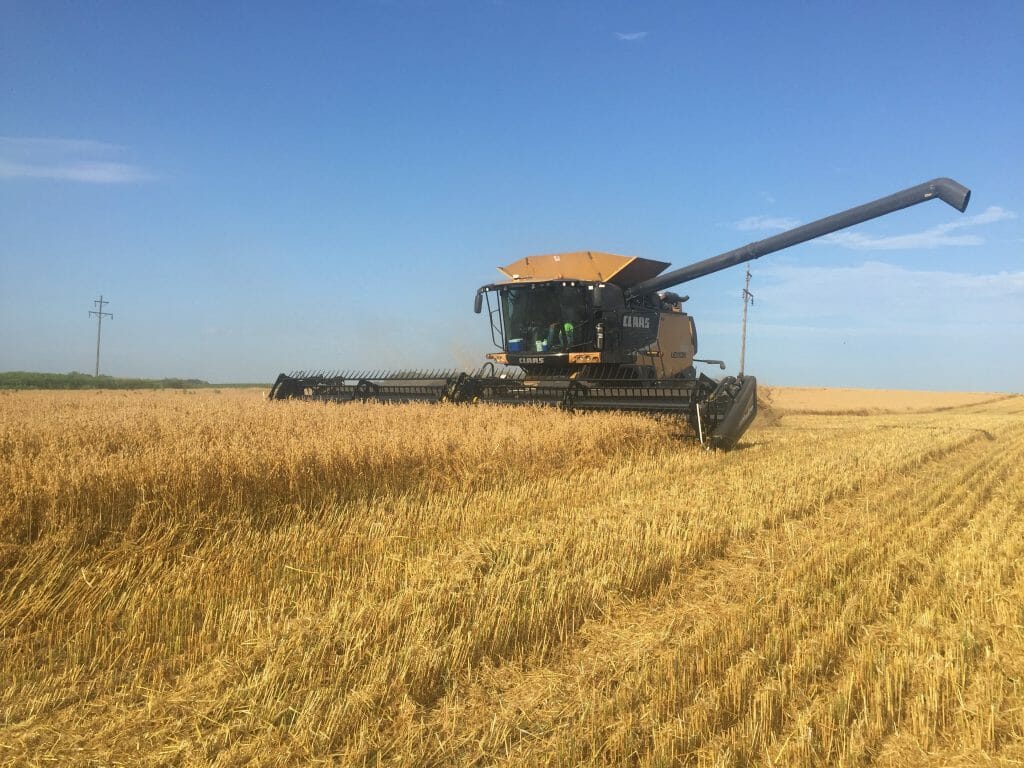 Darren direct cuts his oats. He finds that if he has a test weight of 35-36 pounds per bushel with 16-18% moisture when he is direct cutting, typically by the time the oats are dried and stored, test weight will be closer to 39-40 pounds per bushel, meeting food grade thresholds. If test weight is lower than 35 pounds per bushel at harvest, then Darren will turn up the fan to blow out the lighter oats, but he cautions it is a balancing act: “You don’t want to give up yield by blowing too many oats out [the back of the combine] …but it’s easier to clean at the time of harvest than sort later.”

For post-harvest, Darren says, “Be sure to first cool down [the grain] and then let it sweat off some excess moisture.” Some years, he has struggled with insects in his grain, but has found that putting extra air on the grain while transferring it to storage bins helps to blow out any remaining light grain as well as many of the insects.

In years and fields when you simply cannot reach test weight, Darren notes you can use some “rescue treatments” like swathing and letting the oats dry in the field or using an air cleaner, but these typically take more time and are more expensive.

“Growing high test weight oats in Iowa is doable with some basic management and a little tweaking. You can’t control the weather, so we need to focus on the aspects of management you can control,” Darren says.

If you have any follow-up questions for Darren about his production practices, please contact Lydia English at lydia@practicalfarmers.org and she will connect you.

Rotationally Raised, Episode 7: Harvest, When and How