Jon Judson’s Diversity Farms is using new and innovative techniques to preserve and promote Iowa’s past.

On a warm July morning, I visited Jon Judson at Diversity Farms. Besides serving as a Board Member for the Iowa Prairie Network, Jon owns and operates Diversity Farm in Dedham, Iowa. Diversity Farm is a native seed and plant business that dedicates around 150 acres of the 360-acre operation to prairie and prairie seed production. 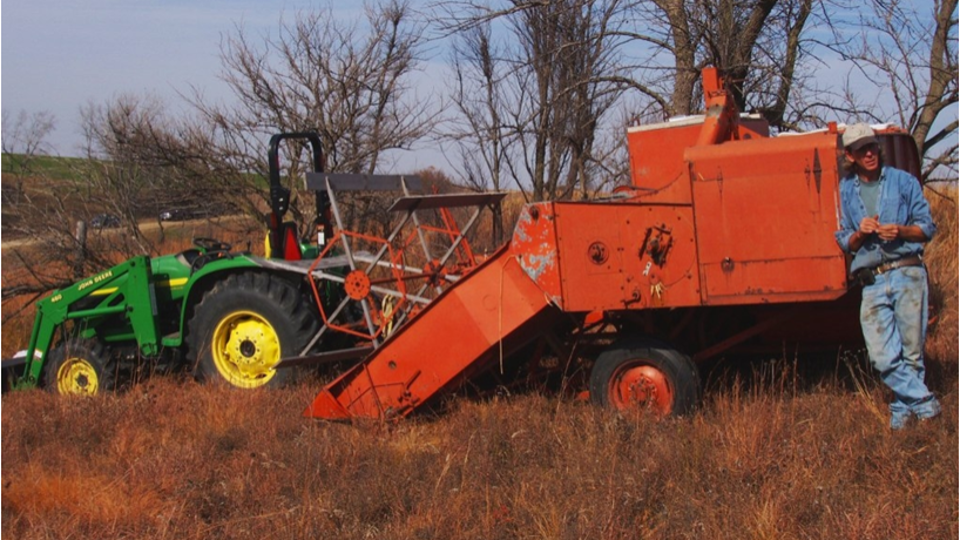 Jon Judson has been selling native prairie seeds and starts for decades. Thirty years ago, Jon purchased an 18-acre property with a dirt road, a slowly sinking farmhouse and a few other sparse buildings. The entire acreage was in the Conservation Reserve Program (CRP) and covered with brome grass. Jon ended up investing much more than his initial purchase price in order to slowly acquire more land, pave the road, build a new house and start his native seed business.

Now, three decades later, Jon’s prairie plantings are well-established. Along with 150 acres of native prairie and the homestead, Jon enrolled fifty acres of the property into a wetland reserve easement and over 100 acres into CRP. Today, Diversity Farms has only a few acres dedicated to row crops (corn) that Jon doesn’t even harvest; they’re meant for deer and other wildlife to feed on. 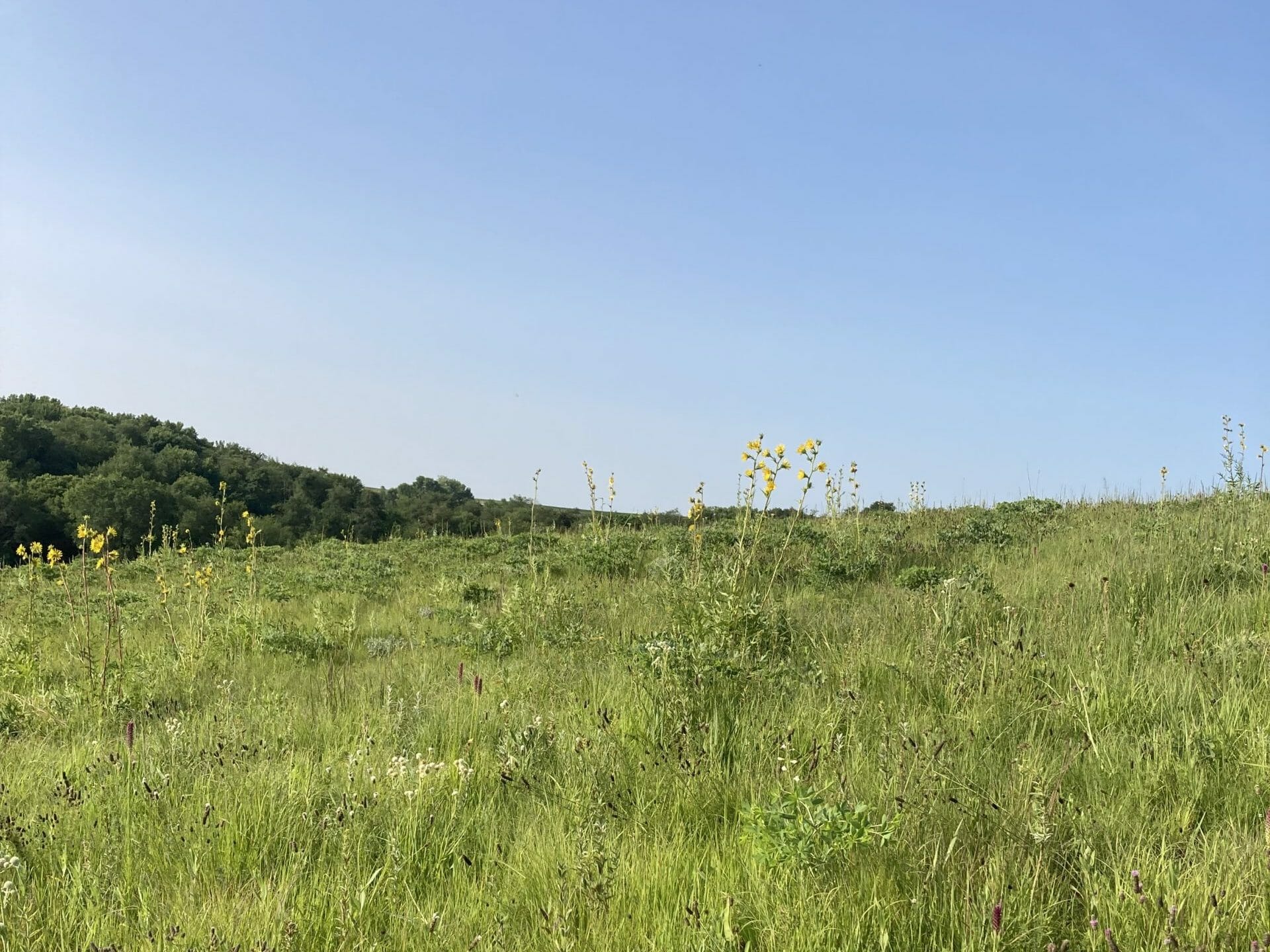 One of the first things I noticed when I drove in was a plot set aside for apiaries, or beekeeping boxes. Jon and his neighbors have placed sixty-seven hives at Diversity Farms for honeybees. The bees are free to roam the prairie, making honey as they forage on the native vegetation. In return, the diverse prairie wildflowers provide the abundant nectar and pollen resources that the bees need to prepare for winter. This co-beneficial relationship exemplifies the philosophy of Diversity Farms.

As we rode in Jon’s ATV through the hundreds of acres of native grasses and flowers in full bloom, it became clear that Diversity Farms was aptly named. Jon only sources plant material from remnant sources, meaning the prairie in his fields—and thus the seed and starts that he eventually distributes to customers–is genetically similar to the native prairies that covered Iowa prior to European settlement. To ensure a high level of diversity, Jon uses seed that originates from 15-20 different remnant sites, some of which Jon himself owns in Carroll County. 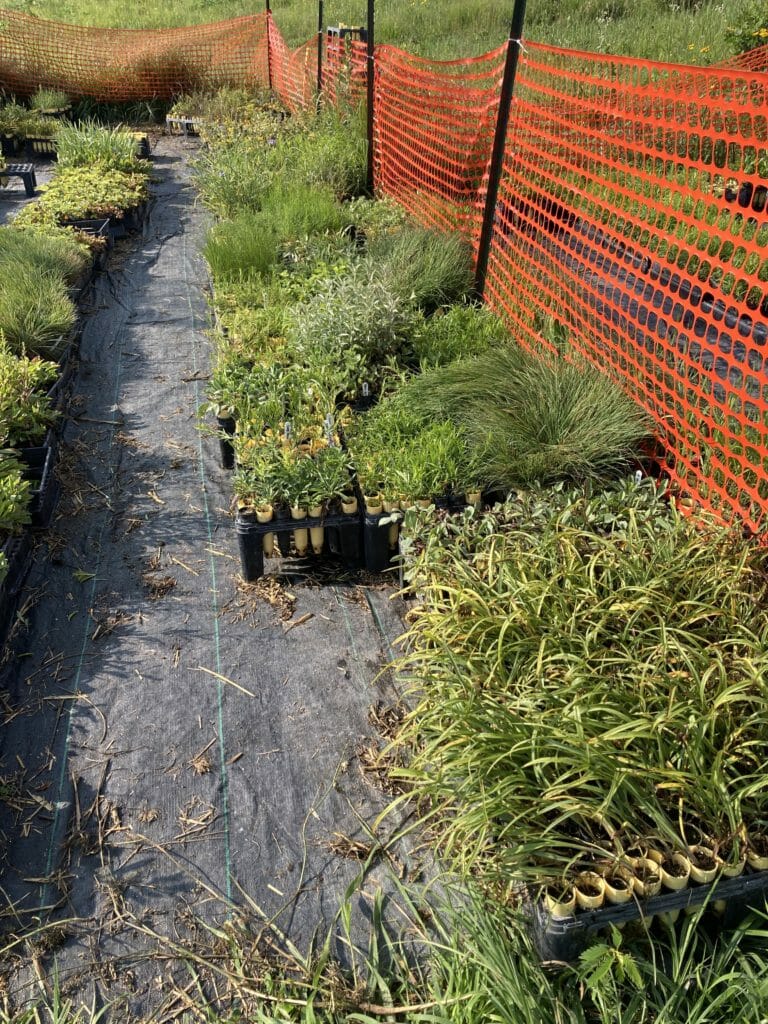 Post-seeding, proper maintenance of the prairie planting is critical to its long-term success. Prairie is slow-growing and can take several years or more to really take off. But after some early and routine mowing to control annual weeds, the prairie eventually sets its deep roots and flourishes. Once fully established, and with proper continued management like prescribed fire, weeds rarely have an opportunity to out-compete the native plantings.

“Our plantings are so mature that I don’t even worry about Canada thistles,” says Jon. That’s not to say that there aren’t some stubborn weeds that might need particular attention. Jon says that trickiest weeds to eradicate are curly dock, white and yellow sweet clover, Queen Anns Lace and wild parsnip. He mentions that one particularly stubborn infestation of wild parsnip on the farm has earned the name “Parsnip Prairie.” Casual prairie enthusiasts may find comfort in the fact that invasive species can cause trouble even for someone as experienced as Jon.

Once the plants are mature enough to draw seed from, Jon harvests the seed by combining the prairie. He also wheels a specialized wagon right into the field. The wagons fan-dry the seeds right away before they’re taken for cleaning, selling and distributing. 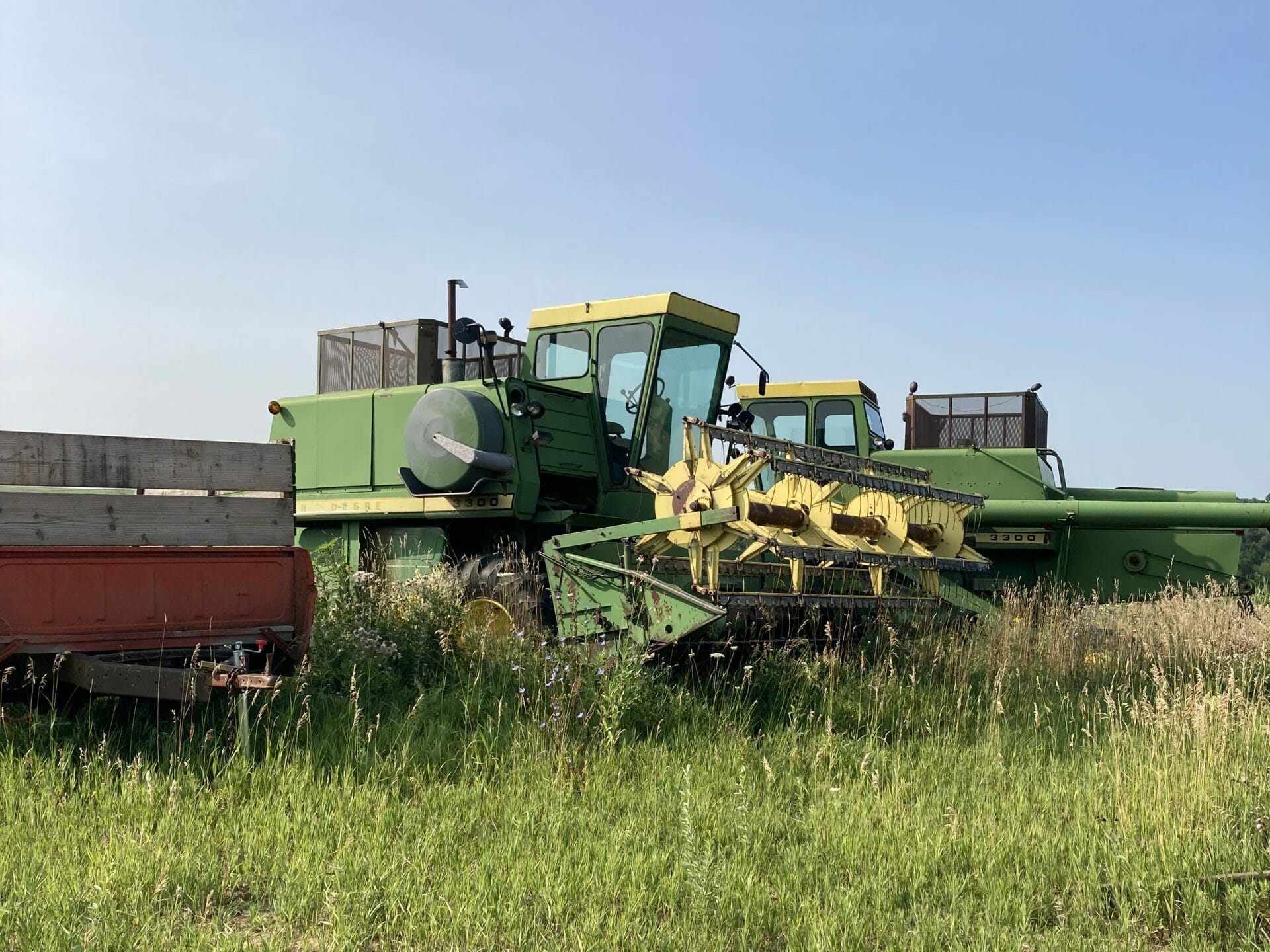 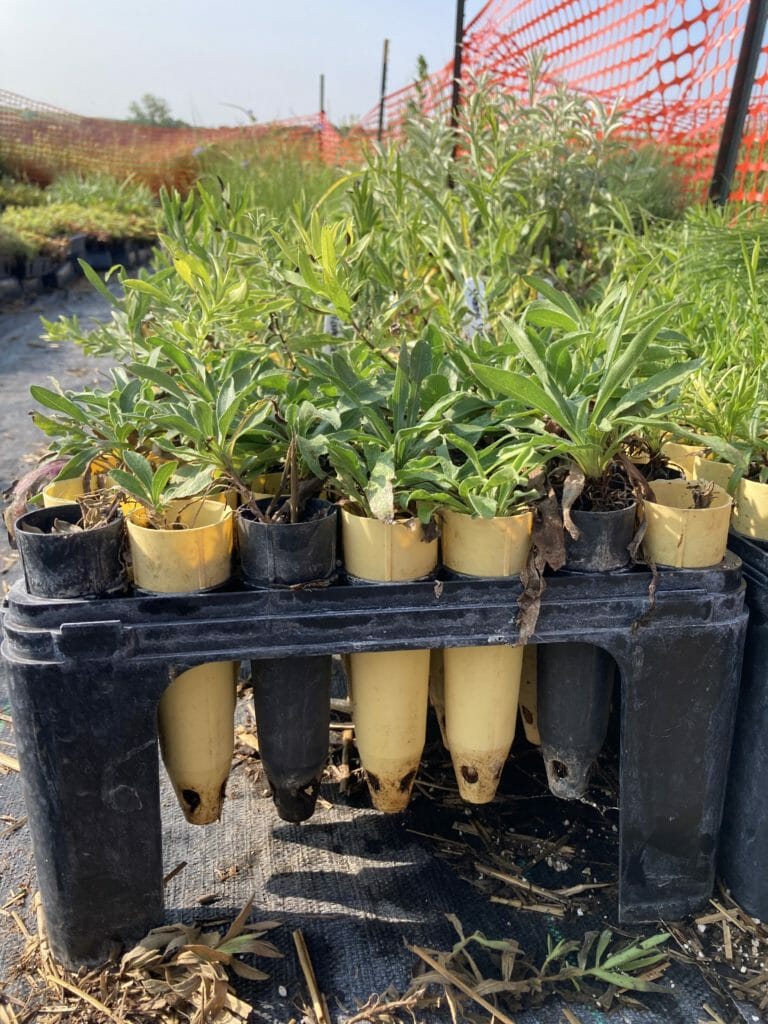 The ATV we used for our tour was parked right near the prairie plant packing site. The red fenced-off area held thousands of plants that farm helpers Peyton and Caitlin were preparing for distribution. The starts sat in long, narrow containers that looked like plastic test tubes. Called “cone-tainers,” these tubes were originally designed for the tree market. They slow the planting process marginally, but make the distribution process much more efficient.

At a couple bucks per tube and the necessary hard siding to hold them, the initial cost of the cone-tainers is high. However, cone-tainers are reusable, returnable and last for up to ten years, bringing down material costs in the long run and resulting in very little waste. Plus, the 5.5-inch depth of the cone-tainers at Diversity provide the perfect root system for a plant start. They’re deep enough for good roots, but not too deep that soil and materials are wasted.

Jon makes Diversity Farms work with the help of helpers (and sisters) Peyton and Caitlin. Their main jobs include weed management and prepping the many thousand cone-tainers. For one Arbor Day celebration, Jon, Peyton and Caitlin packed 3,400 individual prairie plants comprising forty or fifty different species.  A Spare Lake planting day required a couple thousand individual prairie plants. In total, the sisters will pack more than 30,000 plants and dozens of different species over the course of a summer for distribution and planting across the state.

Jon and his partners have built Diversity Farms into a successful native prairie seed and start operation; because the farm is built around native prairie, Jon’s operation is resilient, cost-effective, protects water quality and improves soil health. In the process, he’s also serving a plethora of wildlife species that rely on prairie for survival. He’s created a business that is healing Iowa’s land using plants directly from Iowa’s past and is helping others do the same by distributing the seeds and starts using innovative techniques.

Live from the Farm: Benching & Boulders: Restoring Stream Hydrology and Habitat for Wildlife and Water Quality

One Farmer's Journey to Increase Monarchs and Pollinators on Farmland