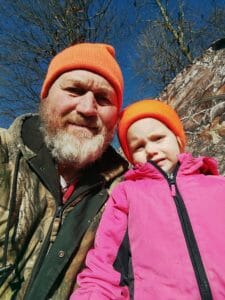 Doing things the way they have always been done is a notion with a bad reputation. However, that doesn’t always have to ring true “Back 80-years ago it was a common practice to frost-seed red clover into wheat” says Roger Wenning of Decatur County, Indiana. In our February 2022 Shared Learning Call, Roger shared his experience bringing red clover back to the farm and how it has fit into his system over the last decade.

Roger and his family farm roughly 900 acres and have been using no-till and cover crops since 2000. The idea to add wheat and red clover to his system came from Dale Mutch, a former Michigan State University extension educator, who visited the farm for a field day. “Dale did a lot of studies with wheat and red clover. He and my son convinced me that we could make money doing it,” Roger says. That first year Roger and his family planted 30 acres of wheat, selling the grain to a local flour mill. Now they are consistently planting 80 to 100 acres. While they’ve tried other cover crop mixes following their wheat harvest, Roger has found frost-seeding red clover to be the most consistent and reliable.

Frost-seeding, as the name suggests, happens during the late winter or early spring, when the ground is undergoing freeze-thaw cycles. Seed is broadcast and worked into the ground naturally with the fluctuation in temperatures. “In late February or early March I bring the red clover seed into the coop and they blend it with my first shot of dry fertilizer for wheat,” says Roger. Once blended, the coop applies the red clover and fertilizer with an air spreader and boom that provides good field coverage. Roger seeds 12 pounds per acre of red clover which on average, seems to work well for his system. 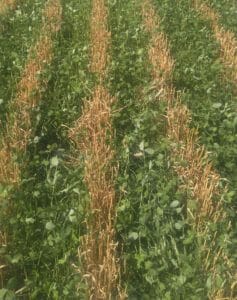 Other farmers may not need to blend their seed with fertilizer like Roger does, but frost-seeding can be done with other types of broadcasting. “I have spread red clover with a spinner on the back of tractor on some extra areas,” says Roger “but you probably want to double spread if you’re using a spinner to get better seed coverage”.

Roger has planted his wheat on both 15-inch and 8-inch row spacing and found the clover works in both. He does alter the seeding rate of his wheat depending on his row spacing. “For the 15-inch rows we run about a million seeds per acre, and for the 8-inch rows we run about 1.5-1.6 million seeds per acre.” Sometimes it is difficult to tell the quality of the red clover stand in the 8-inch rows, but by late summer the cover crop is knee high.

“I’ve never had the clover get big enough to be an issue at harvest” says Roger. Roger typically harvests his wheat between the 1st and 4th of July “As soon as the wheat gets under 20% we get the combine rolling,” he notes. Roger watches the moisture content closely to maintain the high quality the local mill expects from him. “I’d rather harvest at 17-18% than have the wheat get dry, re-wet and lose its quality.”

Roger also harvests his wheat straw “We got a deal with my cousin who has a small dairy, and he always needs straw, and has way too much manure,” says Roger. “I just loan him my straw and I get it back when he’s done with it.” Straw is marketable even with variable quality, which may depend on the level of clover present in the straw bales.

Roger will either choose to mow or mechanically harvest and bale his red clover. The timing may depend on row spacing; this could take place in early August for 15-inch rows or early September for 8-inch rows. Harvesting red clover may come at a busy time for some farmers, so if harvest occurs late into September it may be necessary to take extra care to avoid high moisture levels. “Bales you can either net wrap or we roll them all.” Roger recommends, “for your September bales you might want to be lined up to put them in plastic.” If red clover residue remains in the field, Roger’s son grazes a small herd of 10 to 15 cattle that he moves around with electric fencing. 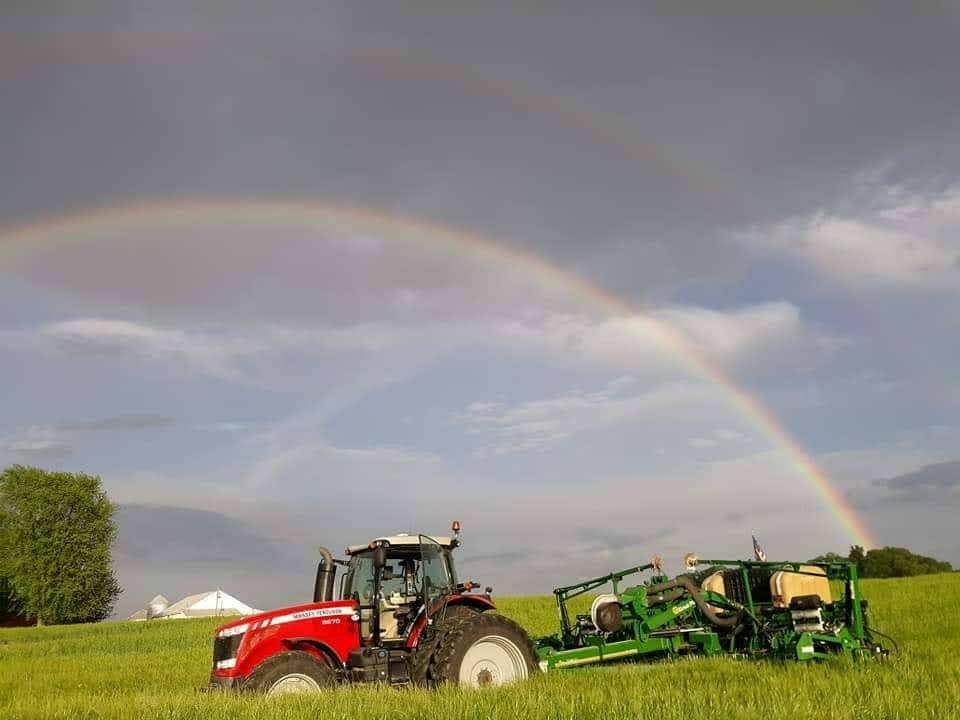 Roger plants all his corn and soybeans into green cover and corn that follows his red clover is no exception. “I like to plant my corn into red clover in mid-May,” he says. Roger has a twin row planter and doesn’t have row cleaners or no-till cutters. Years of using cover crops has made his soil easy to plant into. “We haven’t had wrapping trouble planting into tall clover” says Roger.

Following planting Roger will then chemically terminate the clover. “Roundup is almost worthless on clover; 2,4-D works well with at least one quart.” He has found out the hard way not to cut corners when terminating red clover. “A pint won’t do it, I found that out the first year I planted it.” Failure to terminate the clover, especially in a dry year, will be to the detriment of a growing crop. “I didn’t get the clover killed one year and it uses a lot of moisture, so it set my corn back about 10 days, but the yield was the same,” he notes.

Benefits Across the Rotation

Roger applies 200 lbs. of nitrogen on his acres of corn following red clover, and he has seen a yield bump in both his corn and soybeans in his rotations with wheat. He correlates the red-clover with additional yield gains on top of his nitrogen application. “I’m now running 30-40 bushels above the county average because of the soil health and cover crops.” In the future he hopes to reduce the nitrogen he applies to corn to save costs.

“I’ve been quite pleased with red clover, but just try a little bit and if you don’t like it you’re not out much, but you tried” says Roger. “If everything you tried works, then you’re not trying near enough stuff”