A Vision for Regenerative Iowa-Based Meat 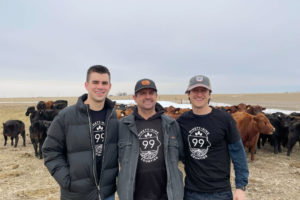 As an Iowa native, Nick has witnessed the decline of soil health and rural vibrancy over his lifetime. Nick’s vision for Iowa’s future, paired with a network of livestock farmers eager for new market opportunities, has led to the formation of 99 Counties – a new Iowa-based meat marketing company that plans to start selling meat in September 2022.

The mission of 99 Counties is “to transform agriculture and people’s relationship with food by connecting regenerative farmers directly to consumers who care about supporting humane and sustainable livestock production.”

The journey to this point started in the summer of 2019, when Nick visited me at the PFI office to share ideas he had been pondering for some time. I then connected Nick with two other PFI members and farmer-entrepreneurs interested in marketing – Wendy Johnson, who operates Joia Food Farm near Charles City, Iowa, and Caleb Baker, of R|C Farm near Clearfield, Iowa. The three farmers all brought their passion and unique agriculture experience to the table and worked together to lay the foundation for 99 Counties. 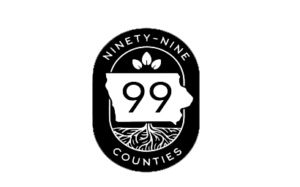 Nick, a farmer, entrepreneur and lifetime member of PFI, has 20 years of experience in meat marketing through his current business, Wallace Farms. Wendy owns a regenerative farm producing humanely raised animal products, and has experience aggregating products from multiple sources. Caleb is transitioning his family’s conventional row crop and cattle farm to perennial pasture and raising grass-fed beef to sell in his local community.

After the core team was established, Practical Farmers got involved again. We have heard from many PFI livestock farmers over the years that marketing is a challenge and they need and want help, as well as alternative marketing options like aggregating products. Guided by our 2021-2023 strategic plan, which seeks to pave a path to prosperity for regional food and farm businesses, we applied for, and received, a grant from the United States Department of Agriculture – Ag Marketing Services division to help turn the farmers’ shared vision for 99 Counties into reality.

Steps to Starting a Business

This grant funding was used to hire Matt LeRoux, an agriculture economics consultant who specializes in meat marketing. Matt worked with the farmer team to complete a feasibility study that informed 99 Counties’ business plan. The feasibility study assessed facets critical to the operation, such as consumer market research, target customers, branding, production and sourcing, sales plans and product pricing. While time-consuming, Matt says a feasibility study is vital for future success. Many farm businesses miss this step, which can lead to a less viable business model and more challenges establishing an economically sustainable operation.

“In developing the feasibility study, the team searched for the balance point between what would appeal to a large enough market and what the founders felt passionate about,” Matt says. “I think that balance led us to a plan that allows the business to be viable and the farmers to be committed to the mission.”

Much deliberation and time went into developing the study. “It was really helpful to see all of the nuances that go into starting a business of this magnitude,” Caleb says. “It was also helpful to realize that you need to look at the end and work backwards, so you can figure out where to begin.”

The study’s findings show there is consumer demand, specifically in the greater Chicago area, for meat produced in a way that respects the land and the animals, as well as a desire to directly support local Iowa farmers. The traits 99 Counties will use for marketing include Iowa-raised, grass-fed and non-confinement. The study also showed that 99 Counties has an opportunity to win and retain customers with an attractive, easy ordering system paired with clear communication about traits of the meat it will sell and excellent customer service. 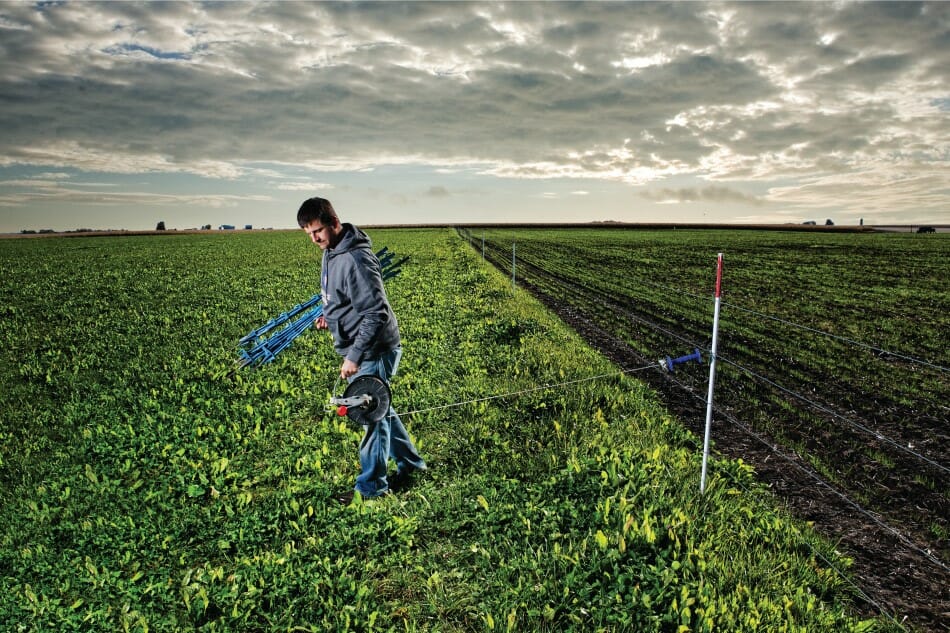 Nick Wallace divides a paddock for rotational grazing on his farm near Keystone, Iowa.

From Plan to Reality

As the plan coalesced, Nick took a leading role and started the search for money to fund start-up costs. “Serendipitously, two technology entrepreneurs – Christian Ebersol and Mike Adkins, who had traveled across the U.S. learning about regenerative agriculture – contacted PFI to inquire about strategies to invest in regenerative agriculture in Iowa,” Nick says. PFI connected him with Christian and Mike, and this led to the evolution of the team behind 99 Counties.

Nick, the vision-keeper and experienced direct-marketer, paired his ideas and skills with those of Christian and Mike. Christian’s background is in venture capital, fundraising and launching products. Mike’s background is in technology and developing data platforms. Using their combined skillsets, and the feasibility study as a guide, the three are building a platform to empower farmers to adopt regenerative agriculture.

Wendy and Caleb will both continue supporting 99 Counties through various roles. Wendy will serve as a farm ambassador helping to recruit farmers, certifying their practices and providing support to regenerate more land. Caleb will serve in a more background role as an informal advocate of 99 Counties in the community and as a sounding board for Nick about how the business is progressing. Caleb might also supply livestock in the future.

In early 2022, 99 Counties fundraised $3.8 million dollars from a combination of investors who, as stated on 99 Counties’ website, “share a passion to improve the health of humans and the environment through good food.” The fast-growing company now employees nine people and expects to add another 10 employees in Iowa and the greater Chicago area by year’s end.

A Business is Born

Once it launches, 99 Counties will sell frozen beef, pork and poultry via subscription boxes and a la carte options. Findings from the feasibility study show subscription bundles, which are ordered online and consist of an assortment of meat cuts from mixed species, are a reasonable proposal for the target market.

The bundles will serve customers in Iowa and the Chicago metro area. “Each cut of meat will come with a barcode providing traceability back to the farm of origin,” Christian says, “along with photography and videography chronicling the stories of the farmers who raised the livestock with regenerative practices, so consumers can feel proud knowing that their purchases supported a small, nearby farm with a positive impact on the environment.”

The company is seeking to purchase whole animals from grass-fed beef and non-confinement pork and poultry producers. In a blog post, Christian writes: “When livestock are ready to be harvested, 99 Counties will buy the whole animal from the farmer at a premium price point, paying on average a 15% premium to farmers.” All animal transportation, processing, packaging, sales and marketing will be handled by 99 Counties to, as Nick explains, “empower farmers to focus on animal husbandry and regenerative practices while we take care of the logistics involved in processing, cold-storage, marketing and distribution.”

The core principles of 99 Counties, and its plan to put those principles into action, all serve to support producers who are already using regenerative agriculture practices and to help more farmers adopt these practices by creating a marketplace for their regeneratively raised livestock. When more farmers are viable, says Nick, “we’ll populate our state with culture, community and bring Iowa back to life.”

To learn more about 99 Counties, the farmers and landowners it’s recruiting and the story behind it:

“The Best Beef You Can Bite”

A Keystone of Rural Vitality