Chad Hensley had to leave the state. He wasn’t fleeing the law; he simply needed to get his cattle processed. Farming near Lamoni, in southern Iowa, the closest federally inspected plant with reliable openings for him was in Kansas City, Missouri, about 115 miles away. 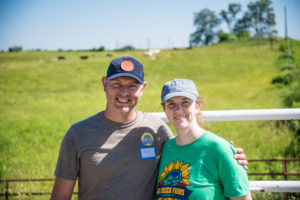 Now, thanks in part to legislation championed by members of Practical Farmers of Iowa, a new processing plant is opening its doors fewer than 5 miles from the pastures where Chad’s Pineywoods cattle graze. In May, Red Barn Meat Market opened in Lamoni, offering custom beef and pork processing, as well as a fresh meat counter offering beef, pork, seafood and poultry and homemade deli items.

For Chad and other area farmers, the new meat locker fills a glaring gap in local meat processing capacity and means a shorter commute, less money spent on fuel and new opportunities to market their meat. “It’s a top-notch facility,” Chad says. “Transporting the cattle 3 miles versus over 100 miles is huge.”

Co-owner Enos Swartzentruber says the upheaval caused by COVID-19, which made meat harder to access in grocery stores, is what motivated him to start Red Barn Meat Market with fellow co-owner and friend Tad Whittom. “Some grocery stores implemented rations on their meat, limiting the amount that customers could buy at one time,” Enos says.

In an April article on the business in Wallaces Farmer, Tad says, “We want our community members to have a place to go and purchase quality, local meat or have their own processed with us.”

The State of Beef Processing

The dearth of accessible processors Chad experienced is not unique to farmers in southern Iowa – nor to the country as a whole. But the numbers for Iowa are particularly striking. According to the National Agricultural Statistics Service, Iowa ranks fourth nationally for number of steers over 500 pounds. In 2022, for instance, Iowa farmers marketed about 1.2 million head of cattle.

But only about 25% of finished Iowa cattle are processed in-state, according to 2017 data from Iowa State University. That means nearly 1 million cattle are shipped out of state each year. Apart from the financial and logistical challenges farmers incur as a result, sending cattle to slaughter facilities out of Iowa also exports money that could be infusing local communities. 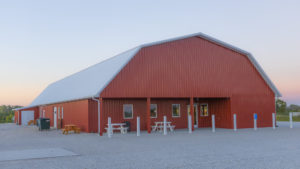 Iowa’s experience is part of a larger trend around the country. A study by Auburn University found there are around 800 federally inspected livestock slaughterhouses and 1,900 custom or state-inspected facilities – a steep decline from the nearly 10,000 meat processing plants 50 years ago. That attrition has occurred even as the amount of meat being consumed in the U.S. has risen by about 40% over the same time span. The result: Far fewer processors are handling far greater numbers of animals.

Today, four companies account for more than 80% of the nation’s meat processing output. This consolidation has come at the expense of local processing capacity – and the ability to weather major shocks to the system. In 2020, that shock came when thousands of meat packing plant workers were infected with COVID-19, shutting down processing plants across the country.

“There were fears there wasn’t going to be enough meat,” recalls Jake Bigelow, who raises Hereford beef and pork at Bigelow Family Farms near Winterset, Iowa.

“Everyone was trying to bring their livestock in to be processed at the same time,” says Chad Tettinger, cattle producer and president of a new processing plant slated to open near Council Bluffs, Iowa, in 2023. “In some cases, processors were booked solid several years out.”

He gives credit to the major processors for expanding over the years to handle most of America’s meat processing needs, but says the processing bottleneck they’ve created makes the whole system fragile. “When plants can’t get cattle through to process, it backs up the whole supply chain and drives down live cattle prices.” Creating more small- and mid-sized meat processors isn’t about “being anti-big processor,” he says. It’s simply about adding redundancy to make a resilient system. “We fundamentally have to have more capacity in the Midwest.”

Two years after COVID-19 first wreaked havoc, most facets of the food supply chain are returning to normal. But there remains a strong demand for more meat processing options. Chad Hensley believes more local and regional processors can benefit not just farmers, but consumers as well. “If consumers want more stable prices than what they’re seeing at the grocery store, they need to put in effort to supporting local options.”

Jake agrees. “We tried to make things so efficient in the ag industry that we’ve assumed resiliency is just going to be there.” He points out that sometimes the end goal of efficiency isn’t enough. Redundancy has to be built in too, so that when one piece breaks it doesn’t topple the entire system. “I think we’ve been lacking that for a long time.” But Jake believes the state and federal governments are finally taking notice. 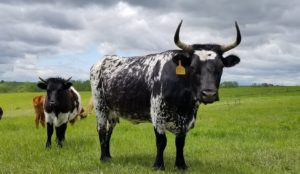 During the 2021 session of the Iowa General Assembly, legislation passed that aims to address Iowa’s meat processing challenges. Practical Farmers of Iowa worked closely with members who advocated for the Butchery Innovation and Revitalization Fund, which offers financial assistance to Iowans seeking to renovate or upgrade existing facilities, or to establish new businesses.

The bill allocates $750,000 to meat lockers with 50 or fewer employees. It also gives priority to projects that create jobs; expand opportunities for small scale farmers to market processed meat under private labels; or make processing animals more convenient for local small-scale farmers. Since its passage, lawmakers have awarded $20,000 to $50,000 per business to 15 processors across the state.

During the same legislative session, lawmakers also established the Artisanal Butchery Task Force. The group was charged with exploring the feasibility of starting an artisanal butchery program at a local community college or Iowa Board of Regents university to develop and maintain the skilled workforce local meat lockers need to be successful.

“Even without looking to grow, finding a workforce is our biggest challenge right now,” says Ty Gustafson, co-owner of Story City Locker in Story City, Iowa.

In January, the task force released its recommendations. These include creating a one-year artisanal butchery certificate program through Iowa’s community college system; finding ways to reduce regulatory hurdles; and creating a directory of all Iowa meat lockers, among others.

The Cooperative Interstate Shipment Program is another solution PFI members supported. In 2020, Iowa became the seventh state to join the program, first championed by Ty, which allows meat processed at state-inspected plants to be sold outside of Iowa.

Prior to Iowa joining this program, farmers who wished to sell their meat across state lines had to process their products at a federally inspected plant. The U.S. Department of Agriculture carries out those inspections, but Iowa has few USDA-inspected facilities – and accessing slots can be difficult, or require farmers to drive long distances.

Small- and mid-scale farmers also had trouble accessing those plants due to volume requirements and logistics tailored to larger-scale producers. As a result, smaller farms were effectively excluded from accessing customers and more lucrative market options in bigger Midwestern cities.

Chad Hensley encountered this challenge: Despite living so close to Iowa’s border, he needs a federally inspected facility to sell his meat at farmers markets in nearby Missouri towns. Given the large numbers of animals raised in Iowa, out of state sales are crucial for farmers who want to grow their businesses.

With Cooperative Interstate Shipment, the USDA opened up new sales channels for Iowa farmers like Chad. Animals can now be slaughtered under the supervision of state inspectors and still be sold across state lines, bypassing the logjam created by the limited number of federally inspected facilities.

Chad’s cattle also bypass the stress of a long journey to their final destination. Grazing beneath the sky dance of swallows, bothered only by flies, they live good and quiet lives. Their last day will be a quick jaunt into town, barely far enough away to miss the cool waters of the pond from their morning wading.

Next article: “Coming Home, Passing It On”

A Vision for Regenerative Iowa-Based Meat