Saturated Buffers and Bioreactors: What Are They and Which Is Right For You?

There is often confusion surrounding the terms bioreactor and saturated buffer. Peter Dinius, a PFI member from Archbold, Ohio, also wondered at the difference between the two when deciding which conservation methods he wanted to implement on his 450-acre farm specializing in corn and soybeans.

“I chose to put in a saturated buffer when working with the EQIP (Environmental Quality Incentives Program) because I thought it would catch more runoff of nutrients in my field than a bioreactor would, and it was easier to install. I got 60-foot wide filter strips that run parallel to all the ditches on my farm to catch that field runoff.” 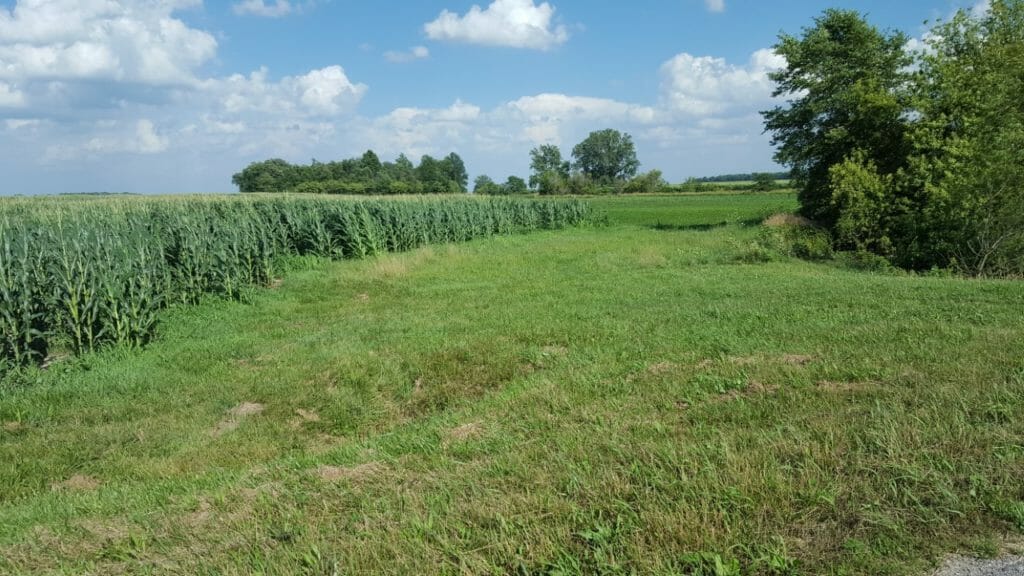 When deciding which is right for you, there are multiple things to keep in mind according to Peter. What is your time commitment? Do you own or rent your land? What level of maintenance do you want and what barriers to entry are you facing?

“For me, a saturated buffer were the best place to get started if you’ve not done anything like that before, because bioreactors take more money upfront. You need excavators and dozers and lots of gravel fill in. That’s a lot of commitment when you are still unsure or leasing your land, but it’s a great later step if you want to add to an already existing conservation infrastructure.” 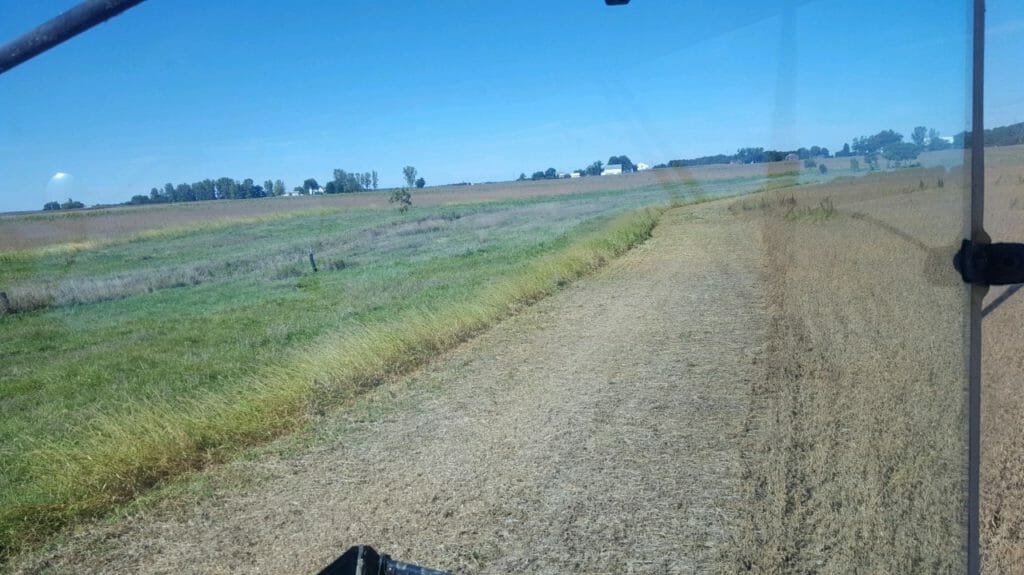 So, what is the difference between a saturated buffer and a bioreactor and how do you decide which one will work best on your land?

A saturated buffer is an area of perennial vegetation between agricultural fields where tiles connecting the fields allow water to drain and deposit in the buffer area instead of running off into local waterways. The buffer area collects nutrient laden water from fields and acts as a natural filter, leeching contaminants from the runoff water, allowing cleaner water to sink further down into the water table.

For his buffer strip in Ohio, Peter simply establish several native grasses and clover cover to act as a filter, though more extensive installation of pollinator habitat prairie plants here in Iowa can be used as well, serving the dual purpose of removing runoff safely from fields and creating pollinator habitat.

A bioreactor is a buried trench on the edge of a field that is filled with woodchips. Agricultural drainage tiles direct water runoff from fields into the woodchips where bacteria convert the nitrates present in the water into nitrogen gas, the most abundant naturally occurring gas in earth’s atmosphere.

Like saturated buffers, bioreactors are an edge of field practice, meaning they do not impact in field management. A two-stage bioreactor can also filter out high levels of phosphorous from field runoff.

So, Which Is Right for You?

Peter recommends also keeping cost in mind when choosing whether a saturated buffer or a bioreactor is best for your farm. “I analyzed my farm for poorer producing areas and then determined that at the time, EQIP was paying $100 an acre to establish these buffers. It was the same return on investment to take these small unprofitable areas out of production and just establish the buffer instead.

There was a definite economic incentive, especially for someone like me that does not want to take unnecessary amounts of land out of production. If that makes economic sense for you, I recommend going for it.”

It is important to know that programs like EQIP and CRP can help cover up to 100% of costs associated with installing either system and some programs, like EQIP, offer a one-time cost-share that the producer is paid once they complete a contract line item (a project). Each project has different maintenance agreements to maintain for a set amount of time.

According to the Ohio State University Extension, costs of either are site specific and depend on the size of the control structure and the length of the saturated buffer, but a minimum of 30 feet across is the set requirement for optimal drainage. The average cost for materials and installation was about $3,720 in 2021 and $1000-1500 more for a bioreactor depending on if you need to contract equipment such as excavators. Once installed, a saturated buffer is relatively self-sustaining while a bioreactor will need its woodchips changed out every 10-15 years depending on the rate of decomposition.

What are the Benefits?

Both saturated buffers and bioreactors are designed with the goal of removing excess nutrients such as nitrates and phosphorous from water that runs off agricultural fields, and both perform well in this goal. Both can be implemented separately or together on farms, and both can be subsidized through various conservation programs. But what of other benefits to the land?

According to the Iowa Department of Agriculture and Land Stewardship, both have four distinct benefits:

When asked about what benefits he has seen, Peter was proud to mention that the water quality in and around his farm has increased, as well as seeing more beneficial insects such as butterflies and bees.

“I’ve had a lot of flowers start to grow alongside the clover in my buffer zone. The flowers help with the biodiversity and the beneficial insects as well. It’s a win-win. We’re beekeepers as well and that extra habitat has been really good for us. Anyone can do this. I consider myself a very conventional farmer, but you do not have to be a conservationist to install a buffer or bioreactor on your land. From an economics point of view, it makes sense to preserve soil and water quality to maximize productivity and profit, and at the end of the day, profit rules!”

Sustainability to Benefit Farms and the Future