Cover crops are planted by many vegetable growers between crop cycles for the multitude of benefits they provide. Overwintering cover crops, like cereal rye and hairy vetch, are seeded in the fall, remain dormant during the winter, grow throughout the spring, and are terminated before planting the next crop. Leguminous cover crops, such as hairy vetch, provide nitrogen for the next crop by fixing atmospheric nitrogen. When the vetch is terminated, about 40-60% of its nitrogen is available to the next crop.[1] Both hairy vetch and cereal rye keep the soil covered, reducing erosion, building soil organic matter, contributing to soil microbial diversity, and suppressing weeds.[2]

Kate Edwards had previous success growing cereal rye as a cover crop and had heard of other growers having success with vetch. She had concerns about fitting vetch into the short window available to vegetable growers. “I also knew that to get the best results from vetch you have to wait to incorporate it until after it flowers. Winter squash and our other fall crops are the only crops planted late enough to do this,” she said at the onset of the trial. Edwards hoped the research trial would “help build the research body for horticulture farmers who want to incorporate cover crops” and help her determine what cover crop is best planted before winter squash on her farm. 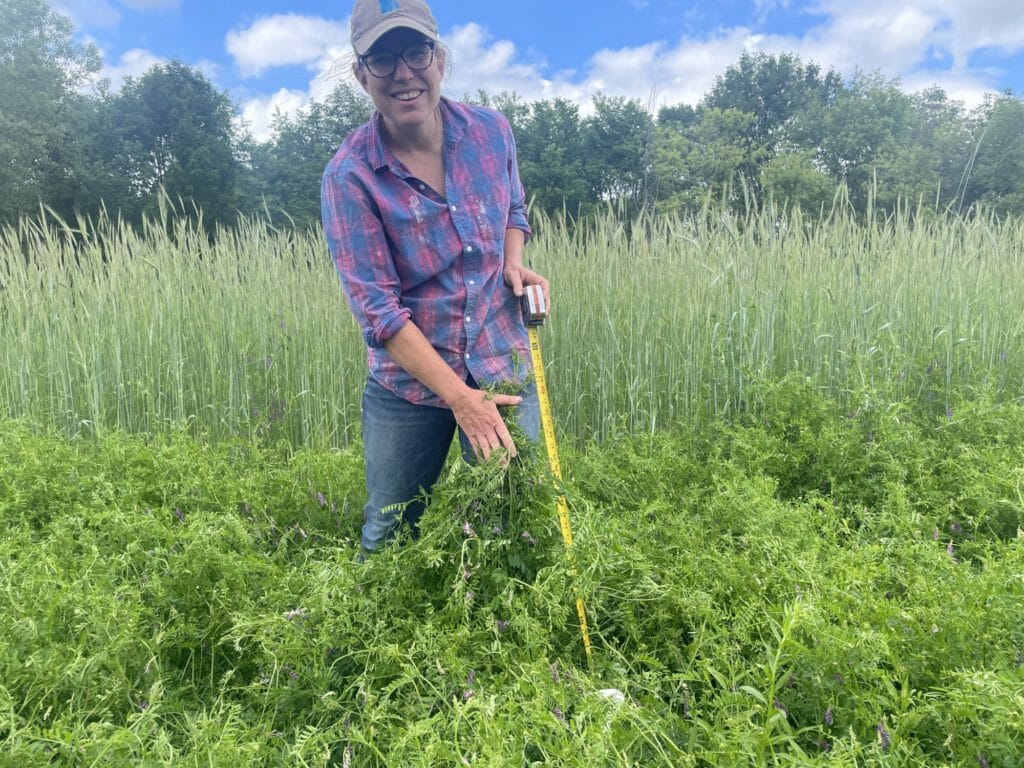 Hairy vetch and cereal rye were handed-seeded and harrowed to incorporate in alternating strips 10 ft wide and 265 ft long in October 2021. In spring 2022, cover crops were mowed and tilled and ‘Waltham’ butternut squash was direct-seeded. Each treatment/replication consisted of three rows of squash, one data row of butternut squash to be used for data collection and two outside guard rows of other squash varieties (no data collected from guard rows). 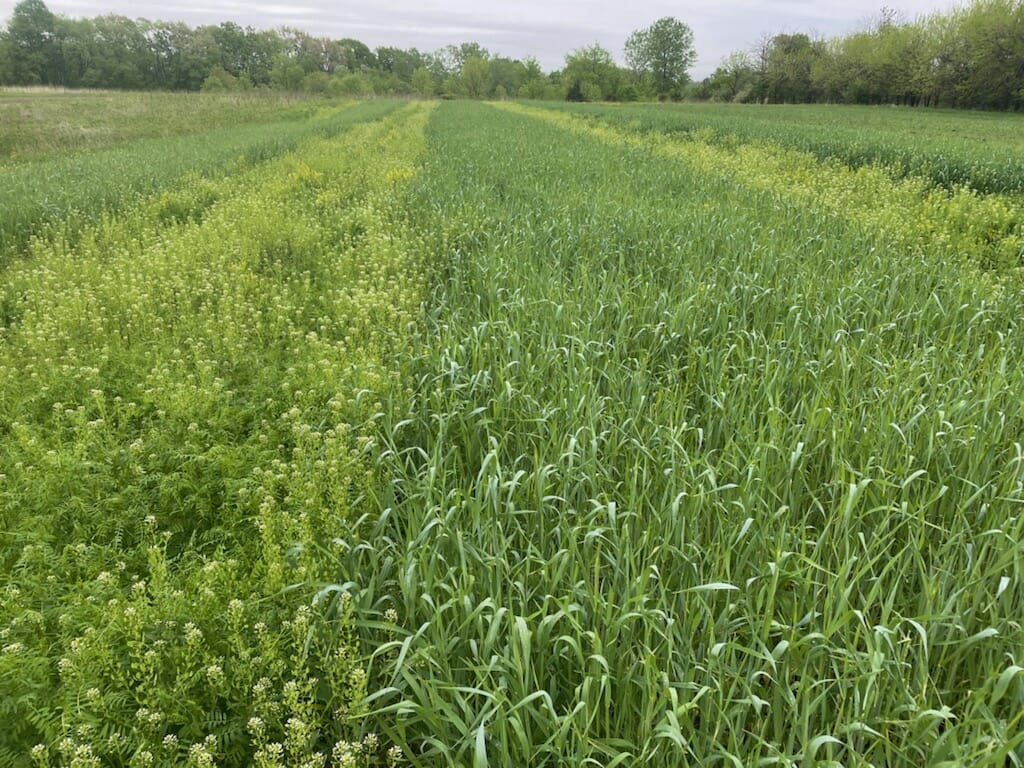 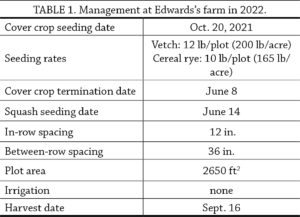 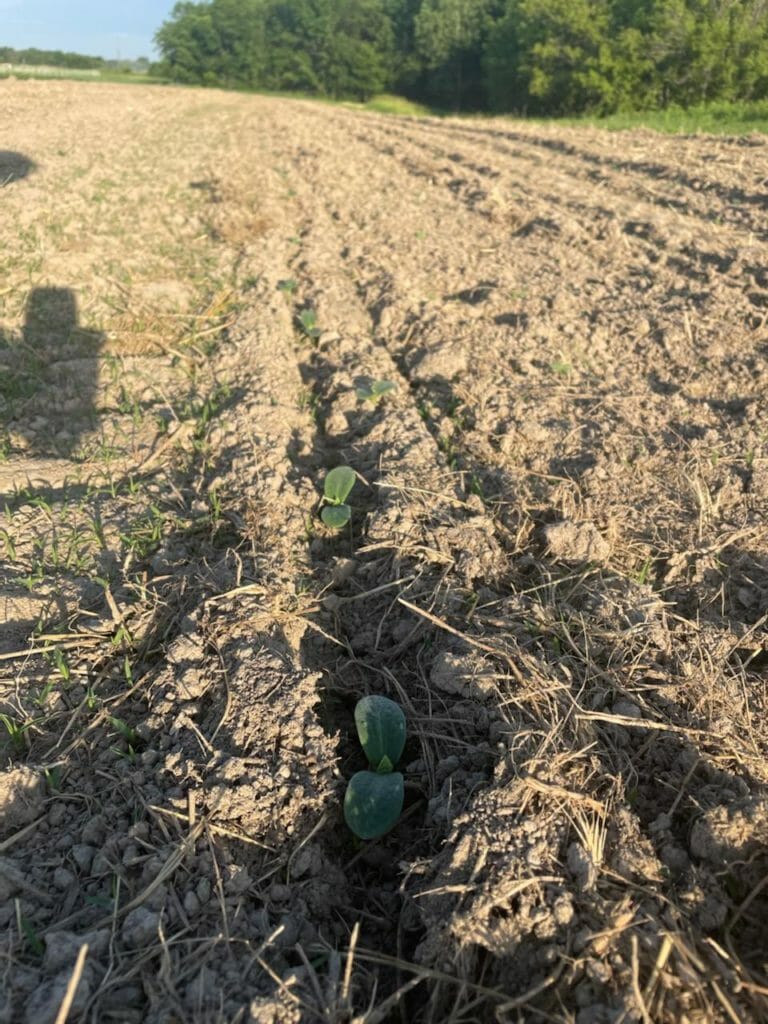 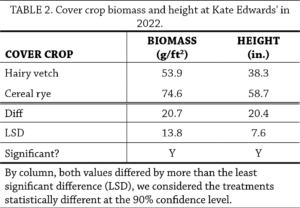 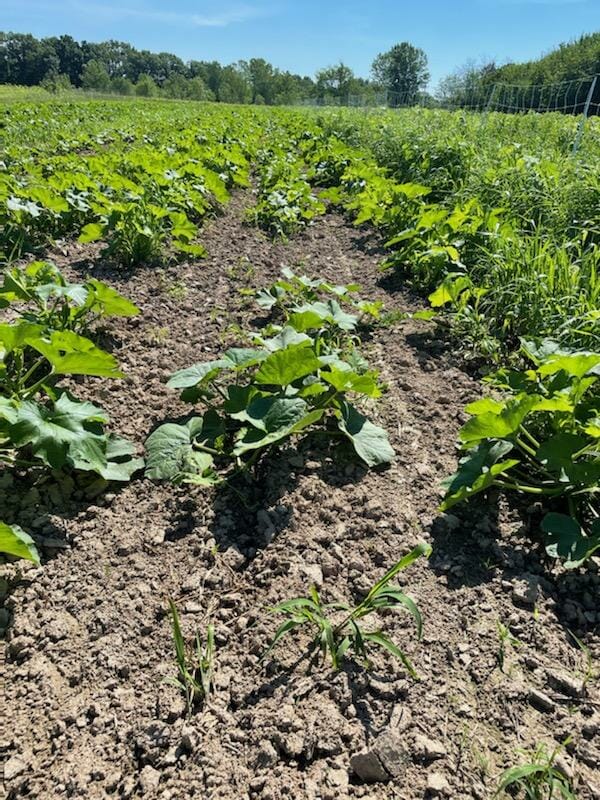 Growing hairy vetch before winter squash improved butternut squash yield compared to cereal rye. Edwards greatly increased her knowledge through this trial commenting, “We had a theory that the squash would be larger from using hairy vetch beforehand but when we had tried it in the past the weeds were too great in the vetch section and we had no squash. In the past we had plowed the vetch in and had mowed and tilled the rye. This time we mowed everything and tilled it. I think this made a difference with the vetch and we were able to get ahead of the weeds evenly for the whole field.” After this success, Edwards has more confidence to test a variety of cover crops on her farm, instead of just cereal rye. Through this trial, she was also able to determine which cover crop to grow before winter squash and has implemented changes based on the findings. “We have already planted out 2023 winter squash field to all vetch.” 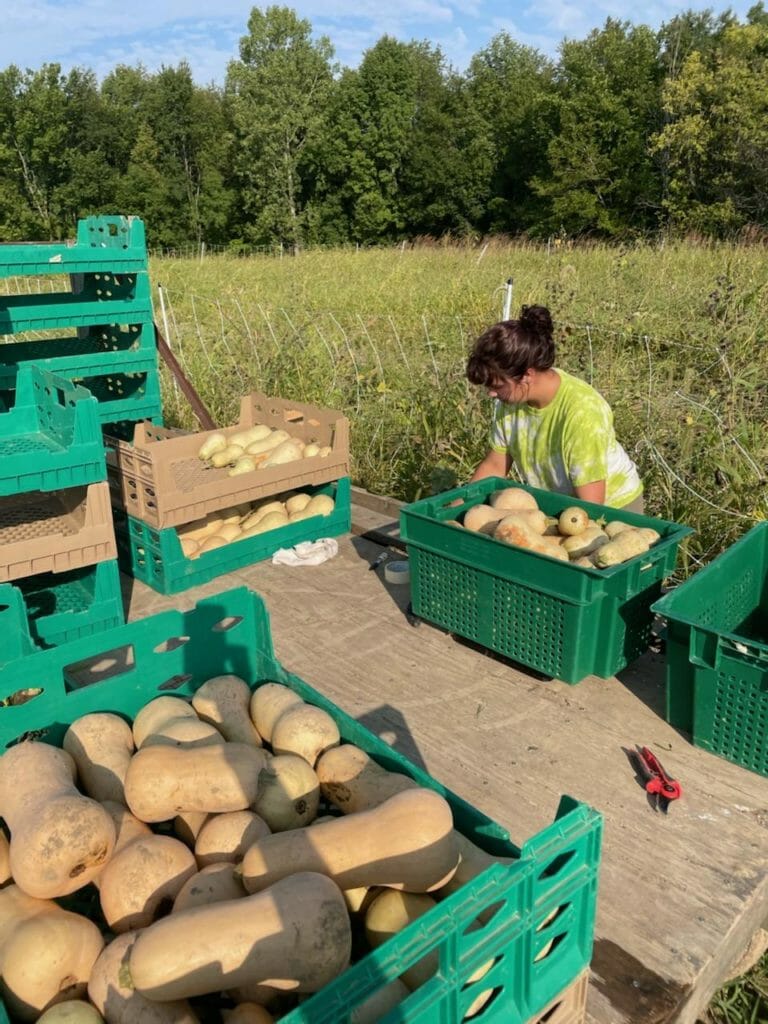 Figure A1. Experimental design at Kate Edwards’ farm. Treatments were grown in alternating strips and replicated three times. This allowed for statistical analysis of the data. 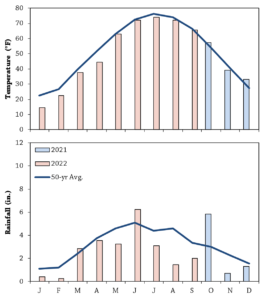 Figure A2. Mean monthly temperature and rainfall during the study period and the long-term average at Iowa City, the nearest weather station to Edwards’ farm.[3]