This project was funded by Ceres: Cluster

Research conducted by Practical Farmers of Iowa’s Cooperators’ Program has shown that grazing cover crops reaps economic and, over a longer period of time, soil benefits for everyone involved.[1-2] Horticulturists can use livestock to not only diversify their farming practices but to also add nutrients to their production system from the depositing of dung and urine and to use forage not used for human consumption.

Maja and Carmen Black said, “The trial was born out of interest in integrating livestock and vegetables into our rotation.” They were curious about the cover crops they have been integrating in their farm and wanted to look at the soil health to see how grazing cover crops versus grazing pasture was affected.

The Blacks wanted to determine if grazing sheep on annual summer forages, cover crops in a vegetable field, during trial year one (2019) would have an effect on the lamb weight gain compared to lambs grazed on perennial pasture and summer squash yield in trial year two (2020) following the grazed and ungrazed cover crop. They hypothesized that the integration of sheep grazing into cover-cropped vegetable fields would improve lamb weight gain in year one and summer squash yield in year two. 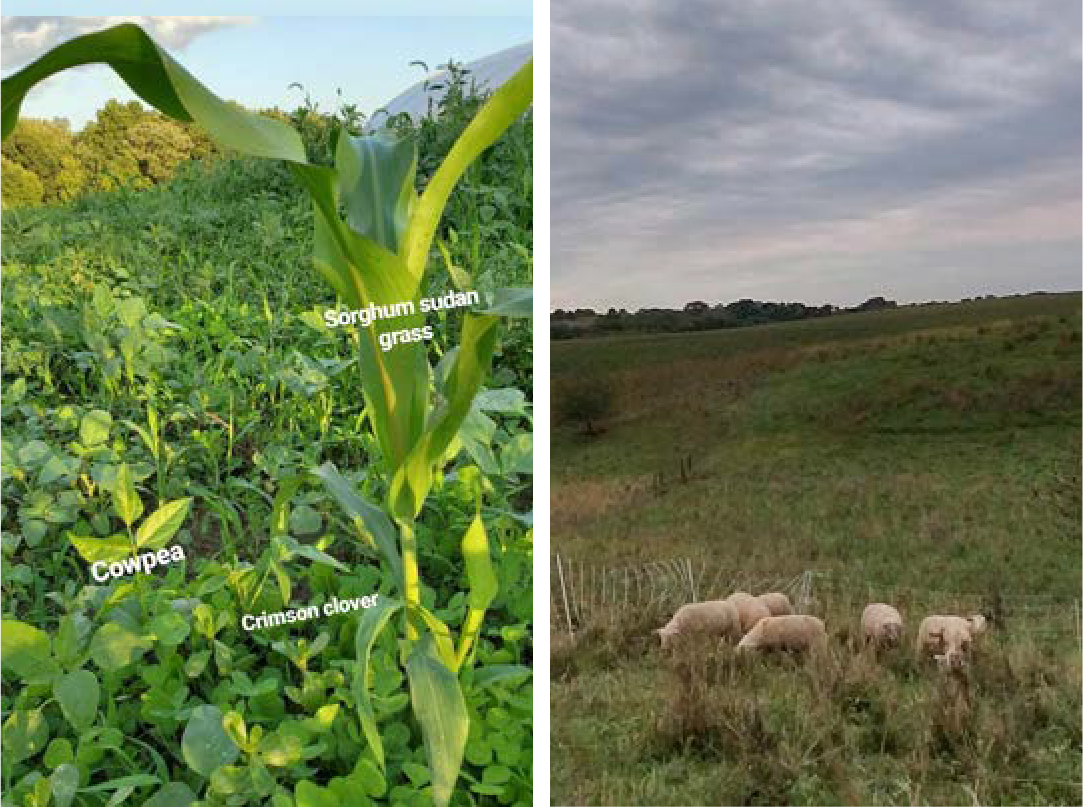 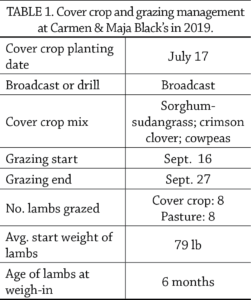 In July of 2019, the Blacks broadcast an annual summer cover crop mix after harvesting garlic on July 17, 2019 in their vegetable field. Their mix included sorghum-sundangrass, crimson clover and cowpeas (Table 1). Fencing was used to create the grazing treatment plots with a fenced-in alley (Figure A1). The alley was used to move lambs between each treatment plot.

In September of 2019, the Blacks weighed the 16 lambs just prior to grazing cover crops. The 16 lambs were split into two groups of eight. One group of lambs grazed the cover crop treatment plots (Cover + Graze) as the other group grazed on the pasture treatment plots (Figure A1). The control plots were not grazed (Cover). The lambs grazed from September 16 to September 27 in 2019. The lambs were weighed just after they finished grazing on September 27. 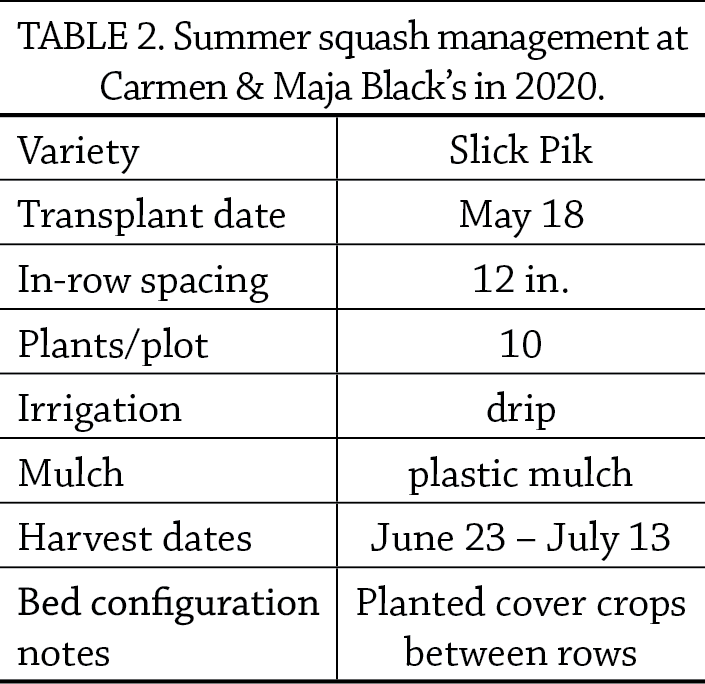 Summer squash (Slick Pik) was transplanted into the plots on May 18, 2020. The Blacks harvested the squash from June 23 to July 13, 2020. Squash management info is presented in Table 2. 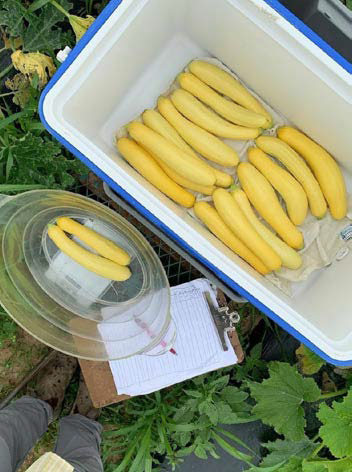 Photo of the squash grown on the Sundog Farm and the measuring set up used to weight the summer squash. Photo taken on July 8, 2020.

Statistical analysis was conducted on the average daily gain of the lambs after twelve days of grazing. Analysis was also completed for the squash yield measurements including: plot weight, marketable fruit weight and count and cull fruit count. To evaluate any effects of the type of grazing on the average daily gain of the lambs, the least significant difference (LSD) was calculated using a t-test. If the difference in value was greater than or equal to the LSD, the treatment has a statistically significant effect. However, if the difference between the values was less than the LSD the treatments were considered to not have a significant effect on the values. We used a 90% confidence level for the calculations meaning we would expect our findings to occur 90 times out of 100. These statistical calculations could be run because the Blacks’ experimental design included replication and randomization of the grazing treatments (Figure A1).

We also used the LSD from a t-test to evaluate the effects of grazing on the yield of the summer squash. We used a 95% confidence level.

We found no difference in the average daily gain of the lambs that grazed either cover crops or pasture for 12 days in 2019 (Table 3). 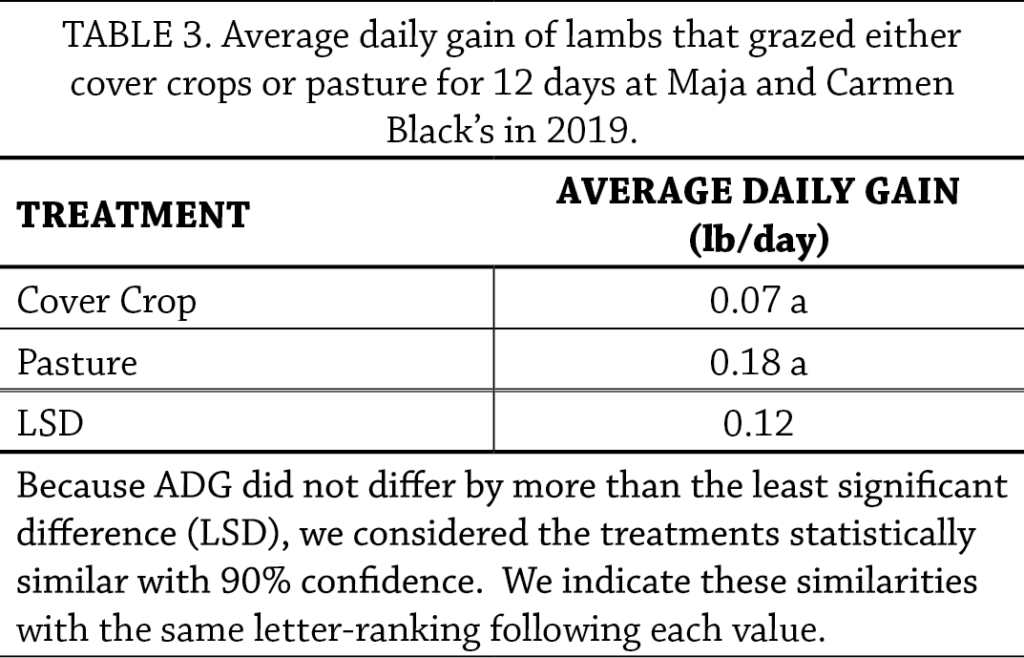 We found no difference in plot weight, average marketable fruit weight per fruit and marketable fruit count between the grazed and ungrazed plots (Table 4). The sometimes large and sometimes small observed difference in marketable fruit count among reps (Figure 1) is the cause for the relatively large LSD (38.9) and no detectable statistical difference. Ungrazed treatments were found to produce a statistically greater amount of cull fruit. The squash was harvested for about three weeks; however, the rows from which the data were taken from was impacted by squash bugs and disease which led to none of the crop being as productive as the Blacks would have liked. 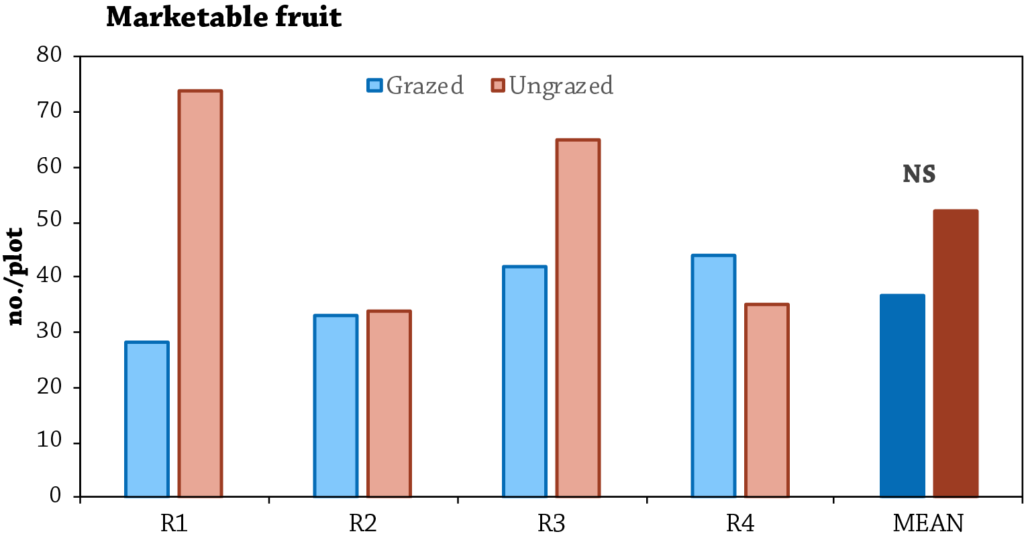 FIGURE 1. The number of marketable fruit count for each rep, and the mean, for the grazed and ungrazed plots. NS refers to no significant effect.

The Blacks had a lush (though not very large, in their opinion) cover crop for the lambs to graze during the trial in 2019. Due to this, the lambs went through all of the sections of the cover crops just over one week. This resulted in a relatively small average daily gain of the lambs. Grazing the cover crop also had mostly no effect on summer squash yield in 2020.

FIGURE A1. The Blacks’ experimental design consisted of two treatments that had three repetitions to compare the effect grazed and ungrazed cover crops on the yield of the summer squash. This allowed statistical analysis of the results. 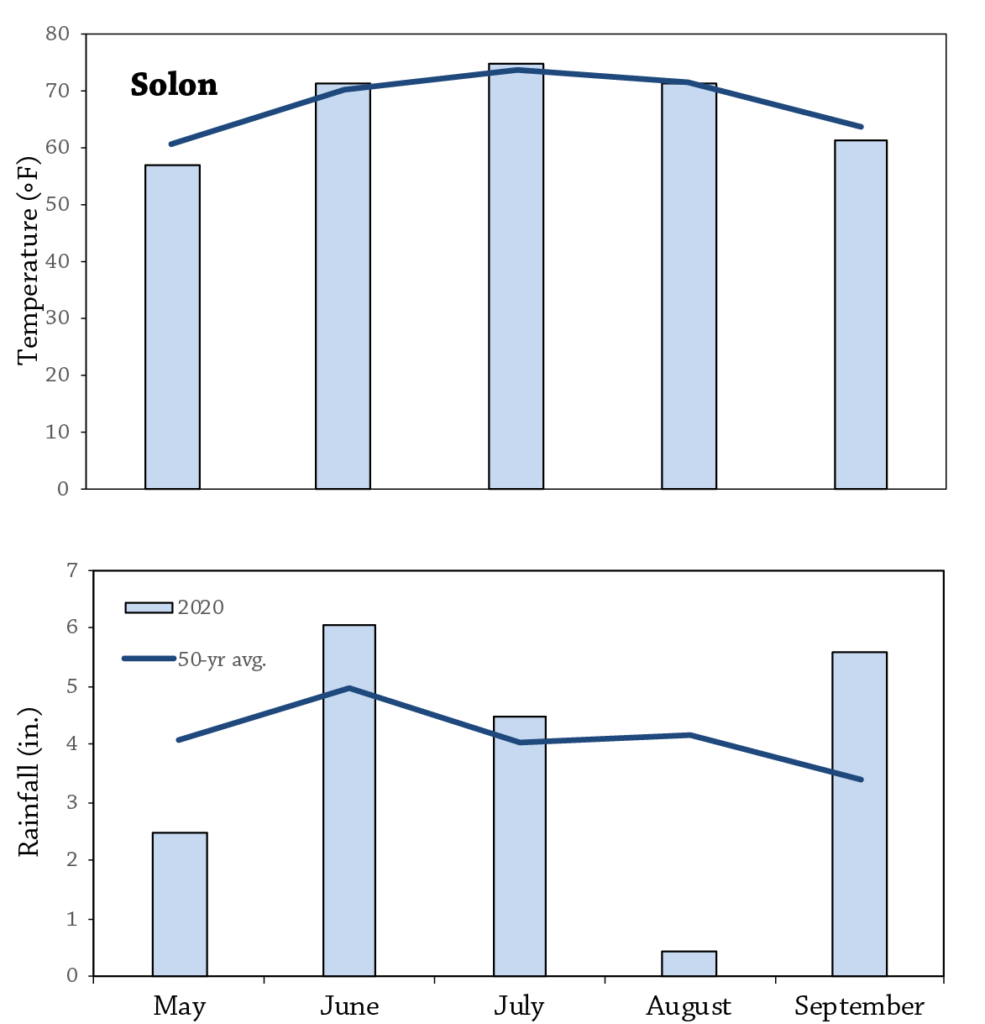