To determine the benefit of sulfur fertilizer to his corn yield and profitability, Jack Boyer compared two treatments:

On the same date of terminating cereal rye, Boyer established treatment strips by broadcasting sulfur at a rate of 20 lb S/ac (12-0-0-26S, 77 lb/ac) in only the sulfur strips. This product added an extra 9 lb N/ac to the sulfur strips compared to the control strips. Additionally, this application was added to the termination tank mix and did not require an extra pass. Boyer randomly arranged treatment strips side-by-side in a randomized complete block design (Figure A1). Strips measured 30 ft by 2,450 ft and treatments were replicated 4 times for a total of 8 strips.

Averaging 230 bu/ac, corn yield in the sulfur treatment was statistically greater than in the control treatment (223 bu/ac). Yields in both treatments exceed the 5-year average for Grundy County (210 bu/ac)[4]. 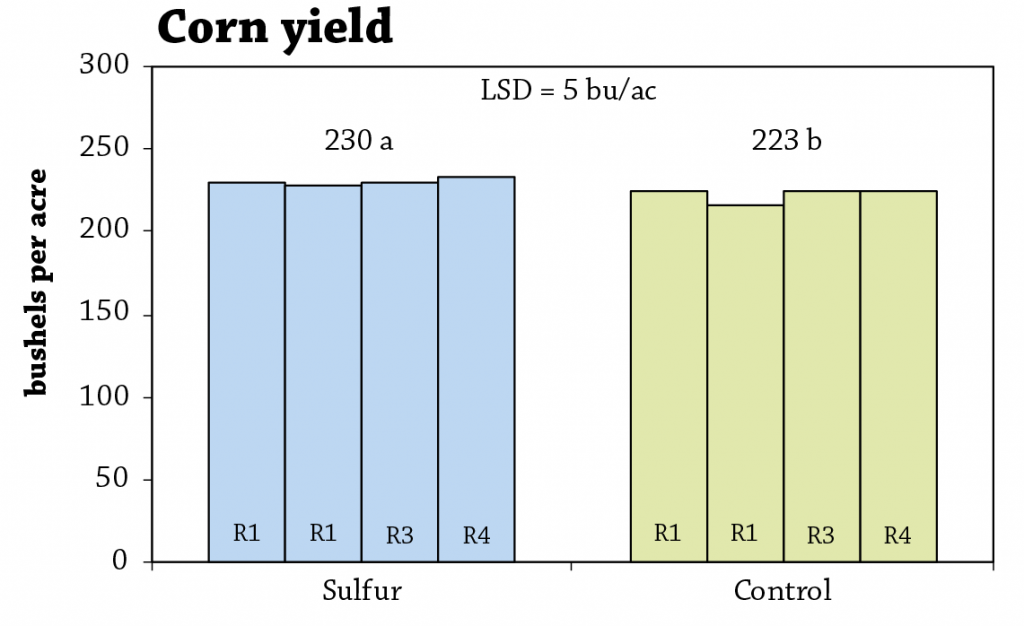 FIGURE 1. Corn yields at Jack Boyer’s, harvested on Oct. 28, 2020. Columns represent yields of individual strips. The average yield is indicated above each group of columns. Because the difference between the two averages (7 bu/ac) is greater than the least significant difference (LSD = 5 bu/ac), the treatment yields are considered statistically different at the 95% confidence level.

The return on investment for the sulfur treatment was only $3.04 greater than for the control treatment (Table 1). The cost of the sulfur fertilizer application was not included in the partial budget because it was tank mixed with the cereal rye termination herbicide, which occurred in both treatments.

Boyer was surprised by the results of this trial. His soil tests revealed extremely low sulfur levels – 1 ppm – which led him to anticipate a more substantial yield gain from the sulfur fertilizer. Furthermore, Boyer commented, “Where I applied sulfur I observed the plants were much greener, but that didn’t show up as much as I expected in the yield results.” When asked why he thinks there wasn’t a greater yield gain, Boyer responded, “There are so many different variables that play into it. Twenty pounds may not have been enough to make a difference. The drought is likely part of it (Figure A2), but there were yields in there that weren’t terrible.” Boyer feels the increases to yield and ROI were too small to get excited about, but he is considering conducting the trial a second year to see if results change under different conditions.

FIGURE A1. Jack Boyer’s experimental design consists of four replications of both treatments. This design allows for statistical analysis of the data. 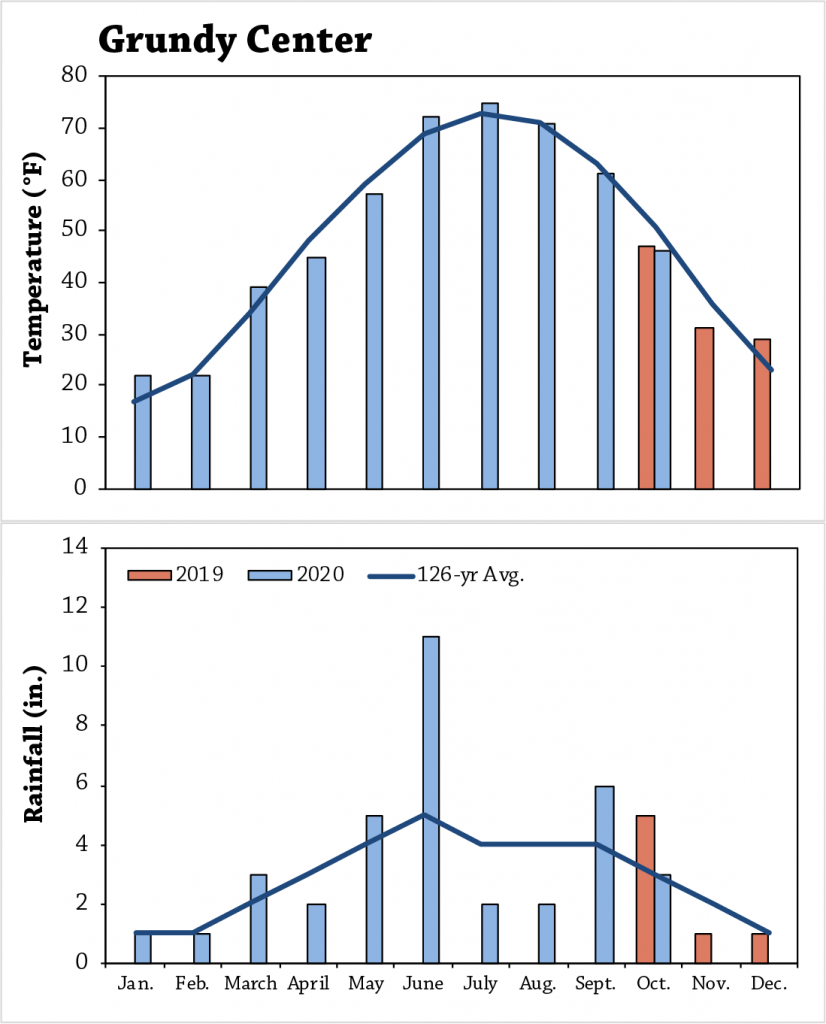 FIGURE A2. Mean monthly temperature and rainfall during the trial period and the long-term averages at Grundy County, the nearest weather station to Boyer’s farm (about 9 miles away).[5]