This research was funded by the McKnight Foundation. 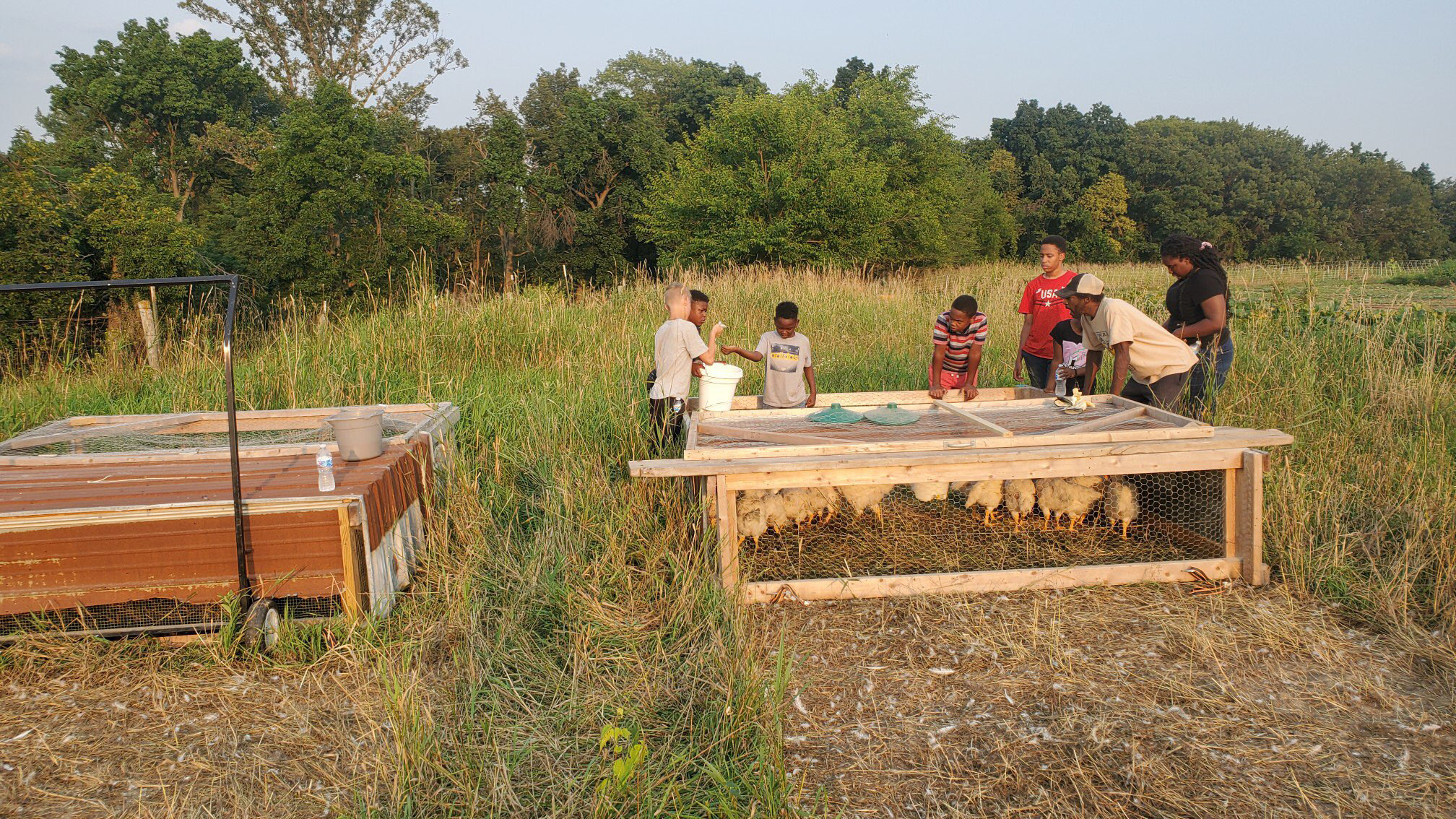 Carlos Williams (ball cap), and several helpers at Sundog Farm, tend to the broilers raised in chicken tractors in the pasture.

Whey is a common by-product of cheese making and is high in nutrients. Whey is also an excellent source of protein which chickens need in adequate supply for growth and development.[1] Protein is especially vital for broiler chickens when fast weight-gain is desired. For this reason, starter feed for broiler chickens is often high in protein, which is one of the more expensive ingredients in feed.[1–3] If farmers could use whey as a supplement, then there is the possibility of needing to provide less feed which will be economically beneficial. Offering whey with feed to chickens could spell nutritional benefits and also removes the problem of disposing of whey as waste.

The objective of this study was to determine the effect of supplementing feed with whey on the carcass weights of broiler chickens raised on pasture. The cooperators hypothesized that chickens offered whey with their feed would exhibit a faster rate of gain which will result in a larger carcass weight compared to chickens not offered whey with their feed. “This is the first step in understanding if feeding whey to broiler chickens can offset feed costs which would impact our farm economically,” Maja Black said of their intention for this trial. “We also hope to learn more about implementing more closed systems in our farming practices.”

To determine the effect of offering whey to broiler chickens on carcass weight at slaughter, Black, Thompson and Williams randomly selected chicks and assigned them to one of two treatment groups: (1) control, in which no whey was offered; and (2) whey, in which whey was offered three times weekly with feed. Each treatment group was placed in separate chicken tractors. All chickens were managed similarly, raised in separate tractors on pasture and receiving equal access to feed and water. Whey was produced from goat’s milk raised on the farm.

To evaluate the effect of offering whey on the post-slaughter (carcass) weight of chickens, we calculated the least significant difference (LSD) using a t-test. If the difference between the average weights of the two treatment groups was greater than or equal to the LSD, we considered this a statistically significant effect. On the other hand, if the difference resulting between the two groups was less than the LSD, we considered the groups to be statistically similar. We used a 95% confidence level to calculate the LSDs, which means that we would expect our findings to occur 95 times out of 100. 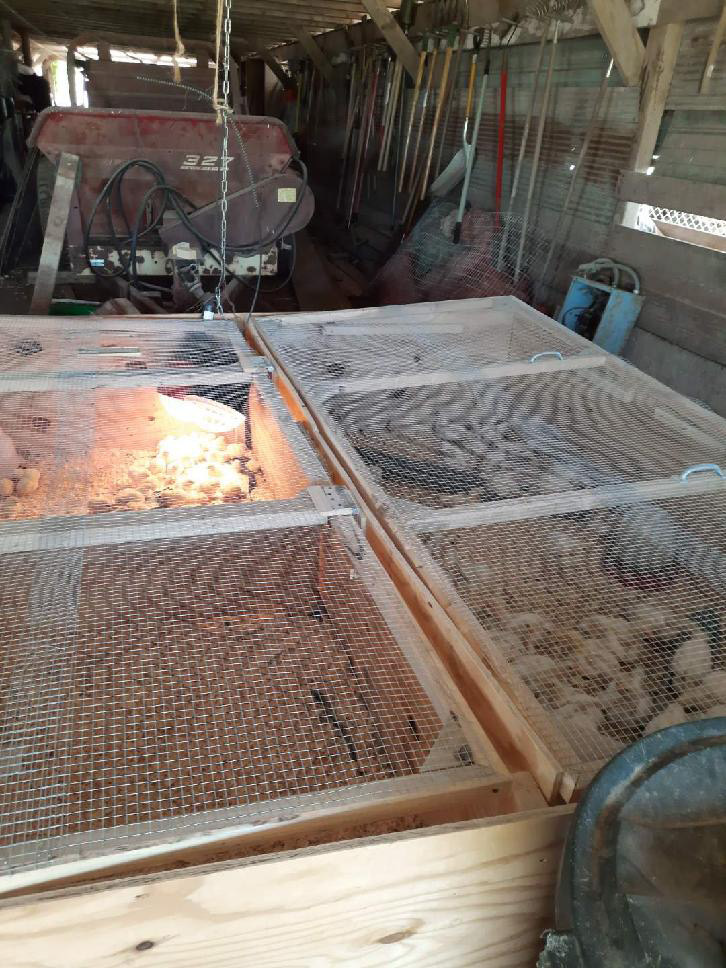 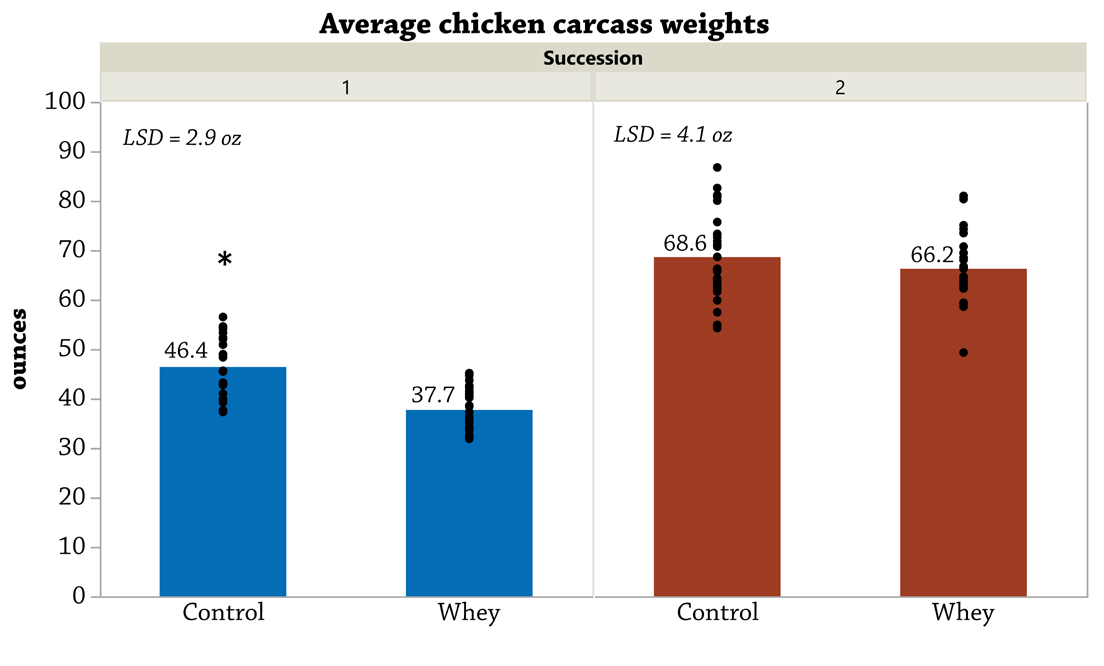 FIGURE 1. Average carcass weights of broiler chickens that were offered whey with feed compared to the control group that was not offered whey in 2021. Points represent individual carcass weights; bars and values represent the treatment averages. By succession, an asterisk (*) indicates a statistical difference at the 95% confidence level – the treatment averages differed by more than the LSD (least significant difference).

Before the onset of the trial, the cooperators hypothesized that compared to the control group, chickens offered whey with their feed would result in a larger carcass weight. After two successions of the trial, we did not see any improvement in carcass weight from offering whey with feed. “Because the whey did not significantly increase production in our meat chickens, we will not continue feeding whey,” Maja Black said of their results and next steps. Though they did not find an outlet in their broiler chickens for the whey they produce on farm, the cooperators found the trial extremely helpful because raising broiler chickens is a new enterprise for the farm. “The trial helped us pay close attention and keep better records, both of which helped us draw more conclusions about our chicken raising process in general, and how to make it work for us!” Maja Black said. “We did learn a lot about chicken diet and how chickens fit into our farm system. We have a lot of follow-up questions about finishing broilers with different types of feed and grazing strategies!” 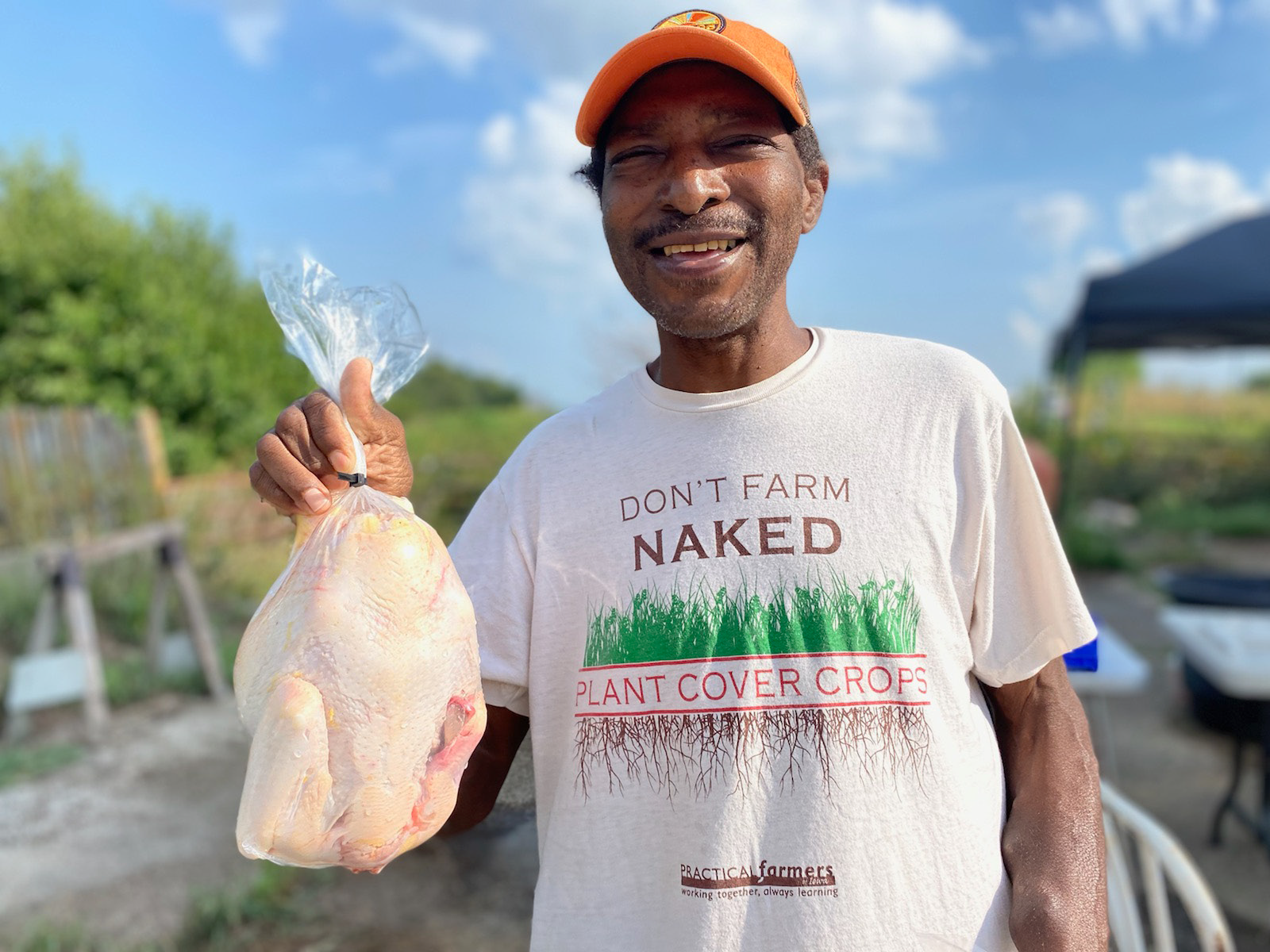 Carlos Williams proudly displays the final product after broiler chickens were raised on pasture in 2021.