Sometimes cover cropping in between corn and soybeans is, let’s face it, kind of boring. Your choices are cereal rye, cereal rye or cereal rye for something that will establish and overwinter. What is an adventurous farmer to do?? Grow small grains like oats, cereal rye or wheat instead. Because these grains are harvested in July, cover crops can get a lot more days in the field. This opens up the options for cover crop species that just don’t make sense when they’re planted in October. To guide us through making the most of this luxuriously long summer cover crop window, Dave Robison “The Cover Crop Guy,” spoke on our June shared learning call about how to fit cover crops to your farm. 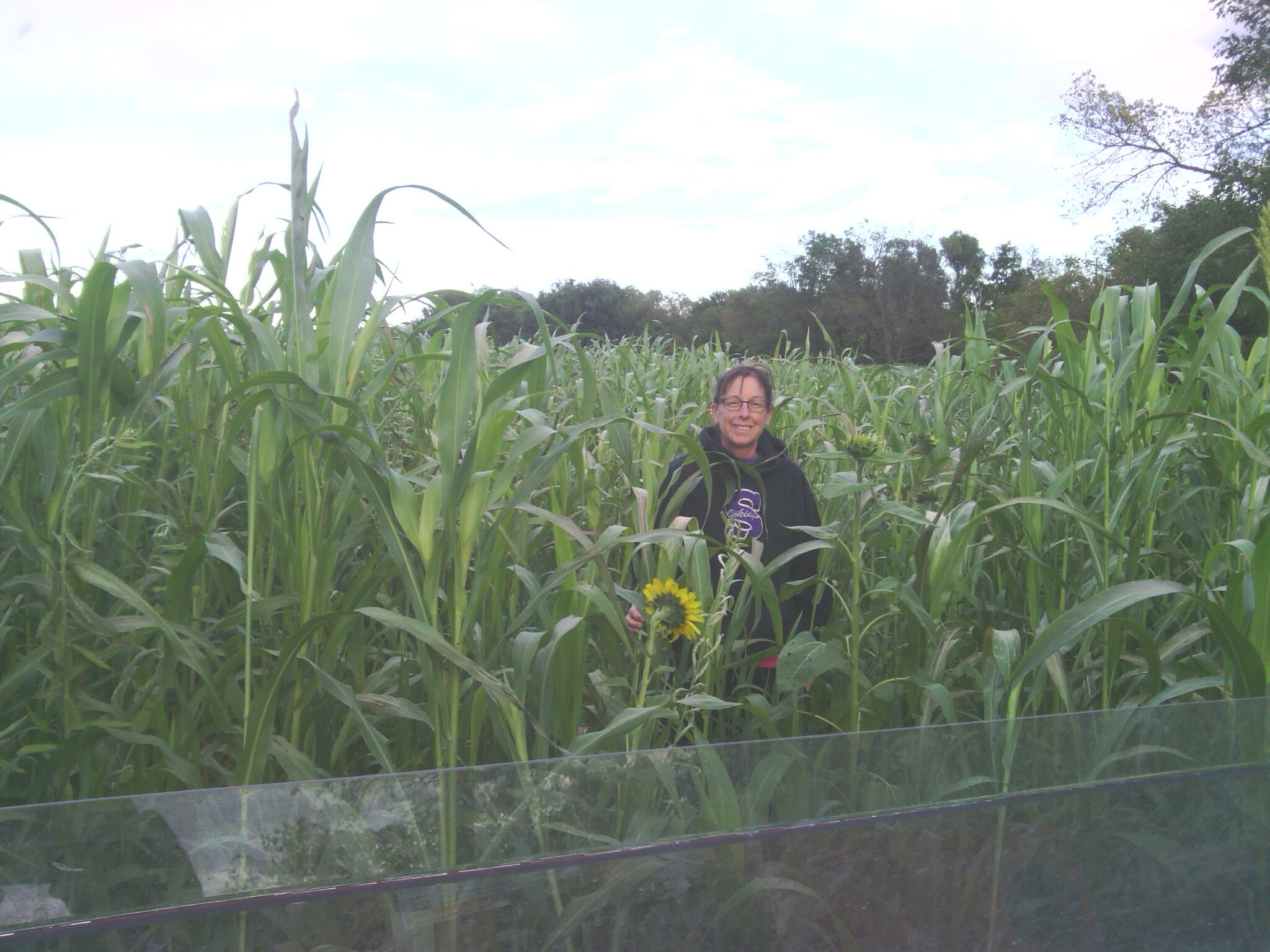 “Following small grains with a cover crop is such a blessing. So much easier than putting it after corn or soybeans,” Dave says. “Cereal grains are really a great opportunity for you.” The first step to making the most of this opportunity is to establish your goals. With cover crops generally a farmer can have one or several of the following goals:

But goals don’t exist in a vacuum, so it’s also important to consider challenges that you might encounter before making a final decision. Here are some common challenges to consider when selecting species for a summer cover crop:

Once establishing these goals and considering these possible challenges, a farmer can then select from the many cover crop species to use after small grains harvest.

For Grazing — Very well-managed, rotational grazing can result in a 3-pound gain a head per day. This is possible on a summer cover with only minerals and no supplemental feed.

Sorghum sudangrass or sudan grass: This is the best fit if you have manure in your system. If you don’t have manure, put down 50-75 units of nitrogen at sudan grass planting. “You’ll have one third to one quarter of the yield without nitrogen,” Dave says. Plant as soon as possible – pull the drill behind the combine. With sorghum sudangrass, prussic acid poisoning when grazing livestock is possible after a frost. If you’re really concerned about prussic acid, use sudan grass, which produces less prussic acid so issues are rare.

Pearl millet: This is a good grass option if you can’t run the drill right behind the combine at small grain harvest. It’s less intimidating for sheep, which can be intimidated by the height of the sudan grasses. Pearl millet does not produce prussic acid in its tissues after a frost, so it’s a good option for continuous fall grazing if prussic acid is a concern with the sudan grasses.

Oats or cereal rye: Use oats if you’re looking for a cover crop that will winter kill and cereal rye if you want a cover crop to persist after the other annuals in the mix have winter-killed.

Turnips: Include in the mix at one pound per acre. This nutritional diversity will help animals use up to 70% of the cover crop biomass.

Cowpeas: To help fix nitrogen for the grass in the cover crop and to provide nutritional grazing that will encourage the livestock to eat more forage.

PFI staffer Meghan Filbert examines the cover crop mix at the field day at the Frederick farm on Aug. 20, 2015. The mix was seeded two weeks earlier and includes turnips, forage kale, oats and soybeans. This mix was grazed by cattle later in the fall and winter.

For Compaction – Diversity is the key to reducing compaction. Getting too many different kinds of roots in the mix will maximize the reach of your compaction-busting efforts.

Oats + radishes: The basic summer cover crop combo if you desire a cover crop that will winter kill. Oats cover and hold down the soil, producing a huge, but fine root system while the single large radish root opens up bigger channels for infiltration. If you desire an overwintering cover crop, mix rye and oat seed together so you combine the benefit of good fall biomass from the oats with the hardiness of the rye to persist over the winter.

Peas or Crimson Clover: Unless you have a significant amount of manure, put in legumes like peas for nitrogen production to feed the oats or other grass in the mix. Crimson clover establishes quickly with a deep root, but be aware it may overwinter and thus require termination management in the spring. Be sure to inoculate legumes to help the plant nodulate quickly and begin fixing nitrogen.

Summer annuals: Add as many summer annuals as makes sense for your budget, such as sunflowers.

For Nitrogen Production – The summer cover crop window presents a great opportunity to grow some nitrogen since the legume is in the field long enough to flower and start producing nitrogen.

Red clover: The Cadillac of legume cover crops. However, should be frost seeded early in the spring for maximum benefit. If you want to diversify a frost-seeded mix you’d have to do some chemical application to knock back the red clover after small grain harvest and before seeding your additional species. But, Dave says, “If we do a good job of establishing the clover, you’ll look at it and say – why would I ever want to do anything else?” Dave also cautions against frost seeding brassicas alongside the clover because its height and seed maturity align with the small grain, causing a serious contamination threat for grain during harvest. If one of your challenges is dry August conditions, frost seeding clover early is the least risky way to ensure a summer cover crop.

The sky’s the limit for what you can do with summer cover crops, so it’s important to think through these goals and challenges when deciding how best to use this opportunity on your farm. This presentation was one in a series of small grains shared learning calls that occur at noon on the first Friday of the month. If you’d like to receive reminders about upcoming learning calls or more information on PFI’s small grains programming, email alisha@practicalfarmers.org.