Who owns the farmland?

Does it matter if who owns the farmland isn’t the same as who farms it? Last summer, PFI member and author Beth Hoffman published an article in The New Food Economy titled, “Ninety-nine percent of America’s farmers are family-owned. But only half are family farmed.”

Past PFI executive director Teresa Opheim shared this article and spurred a vibrant discussion on the Farm Transition’s Discussion List. Teresa wrote, “I think all of the farmland owned by people who are not farming is problematic.” Beth wrote in her article: “In fact, only about two percent of farmland in the country will be sold to people other than family members in the coming years. Instead, most land will be passed on to the next generation via wills, trusts, or sale to other family members.” Beth also wrote: “As land is passed on to kids and grandkids, millions of acres across the country end up being owned by people who are no longer farmers, and increasingly, never were. Currently, 40 percent of all rented farmland in Iowa is owned by people who have never farmed, and in more and more cases have never lived on the land they now own.” 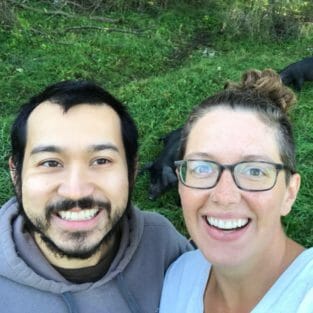 PFI member Dayna Burtness Nguyen, who is a beginning farmer fortunate to own her own farmland near Spring Grove, Minnesota, quickly agreed: “100% with you, Teresa. Young farmers need to be able to purchase land—not just rent!”

PFI member Hannah Breckbill, who farms near Decorah, added: “After four years of renting, I decided that I wouldn’t keep farming unless I owned the land. I couldn’t figure out a way to invest in the long-term health of land that I wouldn’t necessarily be able to access in the long-term. Luckily I’m still farming, thanks to community support and creative neighbors (and a lot of stubborn effort).

Beth’s article identifies the biggest barrier to ownership: “Part of what is driving this trend in the Midwest and around the nation, is the exorbitant cost of both land and machinery.”

Kathy Zeman, farmer near Nerstrand, Minnesota, reinforced the reality of beginners’ biggest hurdle to own land: “Buying into any business still requires 20% down and collateral for the borrowed money. So unless young farmers come from wealth – that literally can’t happen – they haven’t spent enough years on the planet yet.” One solution Kathy brainstormed was to “somehow make it legal for a community of people to own land & farm together – without getting sucked into corporate owning of land … which also will require rewiring of how we think – we all want to own our own farm (probably feasible).” 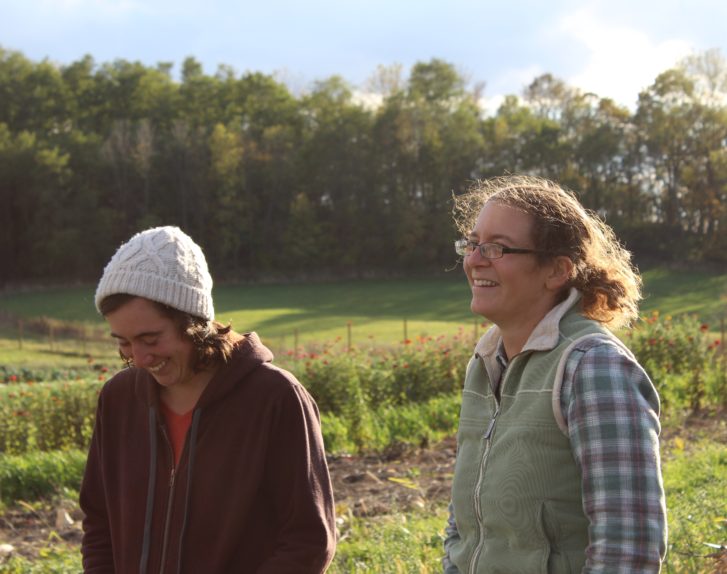 Hannah Breckbill responded, “My farm just hosted a field day for Practical Farmers of Iowa in which we shared details about our worker co-operative agreement. We’re still figuring it all out, but we’re definitely working on re-wiring how we think. We are basically making an entity (Humble Hands Harvest LLC) that will own the land instead of us as individuals (so, for better or worse, it’s corporate ownership). Each of us individuals has equity in the company, but since we also received a number of substantial gifts from our community and families to get started, we’re giving equity to “the commons” as well. The idea is that, in a generation’s time, “the commons” will have a large share of the equity of the co-operative, so it won’t be so dang hard for people to enter into it (individuals won’t have to front so much capital for the privilege of working their butts off on a farm).”

Lynn Sue Mizner, farmer near Palisade, Minnesota, wrote, “My model is similar to Hannah’s. There’s nothing inherently wrong with a corporate non-profit model, as long as the people who work and invest benefit accordingly. I see long-term lease agreements as the key to protecting the land and the farmers. Association agreements can help prevent some of the common sources of discord.”

“In Minnesota, a corporation (or other entity, including a farmer cooperative) cannot own farmland, with a few exceptions mostly for corporate entities that are made up entirely of family members.  A nonprofit can own no more than 40 acres of farmland in most instances, and all proceeds must be used for educational purposes.” Minnesota statutes for farming by business organizations

“Iowa’s corporate farm law is less restrictive in that it allows certain “authorized” entities to own up to 1500 acres of farmland.

“Farm Commons has developed easy to use flowcharts to help everyone understand what types of corporate ownership/control of farmland are allowed, and which are cause for consulting an attorney!” These charts can be found in SARE’s Farmers’ Guide to Business Structures.

Teresa ended the conversation by sharing an excerpt from Neil Hamilton’s farm legacy letter that is published in The Future of Family Farms. Neil’s priorities for his former farmland led him to sell his family land to beginning farmer Chris.

If we want to have new farmers, we need landowners who are going to get out of the way and sell their land. Chris has a wonderful operation he’s going to step into with Ray and his mom. He didn’t have any land he owned himself, so I sold my 60 acres to him. We have a fifteen-year land contract, with a balloon payment at the end. There is a provision in the contract that if, after a certain number of years of payment, he wants to build a house where my family’s farmhouse used to be, we will survey off a five-acre portion and give him title to it so he owns that free and clear. Under a land contract, you don’t really own any of it until you pay off the entire land contract.

Could I have gotten more for my family farmland? Sure, I could have started a bidding war and made Chris pay more. I could have sold it to a wealthy individual as an investment. But money isn’t everything. I have never regretted selling. I never think “how could I sell my heritage?” If I felt the urge to see my heritage, I would go down to Hamilton Prairie [the land he donated to the Adams County Conservation Board in 2005]. It is one of my favorite places to walk.

At some point, I might run out of money and wish I had sold that farm for more. I hope that doesn’t happen, but if it does, I won’t have anyone to blame but myself. Adams County needs young farmers owning a piece of land more than it needs people who used to live there hanging on to farmland pretending they’re still farmers. As John Baker of the Beginning Farmer Center says: “You don’t own a farm; you own a piece of farmland. It stopped being a farm when your family left it.” A farm is a family, a piece of land, a business, an entity. People need to recognize that.

Historically, this nation’s preference was not for tenancy but to convert tenants into owners. In the 1940s, tenancy was almost seen as an evil. There was the ladder you moved up from being a hired employee, to tenant, to being an owner. Ownership was the goal for a lot of reasons. For security. For wealth creation. For stewardship. Not many people would choose to always be a tenant if they could own the land.

Many people seem to feel different about tenancy today, as if ownership was not really an important issue. Now people say things like, “Why would you tie all your money up in land, you should own machinery, let others own the land.” But land tenure issues—who owns the land, how it is farmed and by whom, and who has access to it—are critical for agriculture but also for a healthy sustainable food system.

Land ownership provides the stability, the autonomy, the opportunity for long-term planning and investment, and the wealth creation potential that is central to our agricultural history. Farmers who own their land have more security and autonomy. They don’t deal with landlords coming and saying, “Well you’ve been renting this land for forty years, now I am going to put this on the market, so find something else to do.” There’s also the idea that “the footsteps of the owner are the best fertilizer”: owners will make the investment in the land long-term, planning the future in conservation. “Farming a piece like it’s rented ground” has some truth to it. That doesn’t mean that owners can’t abuse the land or have short-term economic challenges, but if people are there on short-term rent, there is no reason you would assume they are going to take care of it like they own it. You don’t go wash your rental car before you take it back.

How different would the state look if all the people who owned the land didn’t farm it and all we had were tenants? Corn would still get planted, but it has a whole helluva different social and economic impact. When farmers who own their land are profitable, the money goes back into their own farms and into their communities.

Legally, can we stop nonfarmers from owning farmland? Well, no. Individuals can buy as much land as they want if they can afford it. But if farmers must be tenants, is that healthiest for the land, the future, and our communities?